What with the Stability Pact, a new five-year budget and the Lisbon process, economics is set to dominate the EU agenda in the new year. But so too will a crucial political issue on which the very future of the European project depends 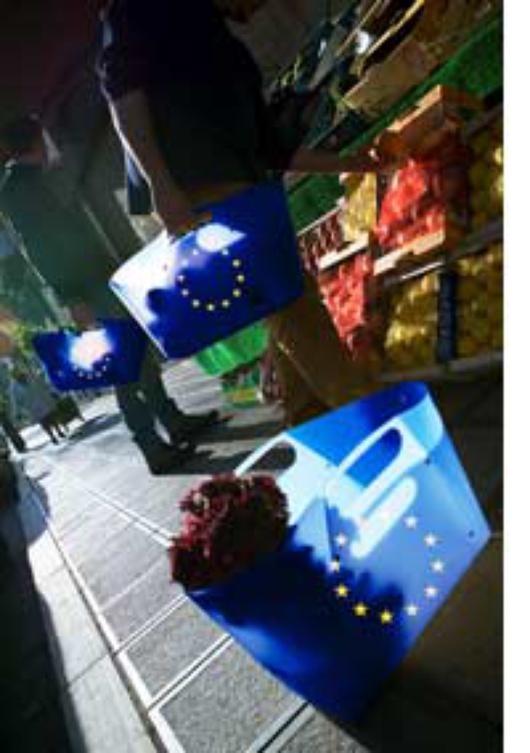 2005 is a year for consolidation. The institutional big bang Europe experienced in 2004 will leave space in 2005 to introduce new political, economic and social issues which are still to be defined. As we begin the new year, Europe is a radically different place from the one which only 12 months ago was preparing to undergo one of the most revolutionary periods of its short history of integration. Enlarging to 25 members, launching the first constitution, ushering in new members of both the Commission and the European Parliament, agreeing to opening negotiations with Turkey, and the tragic events in Madrid have all irreversibly changed the Union’s bearing. Now it must put all these changes into some sort of order to avoid the possibility of rejection by the public.

The challenges that Europe will face in 2005 are less high profile than those which enlivened 2004. Nevertheless, they represent the Union’s first real test. The issue now is to what extent this colossal political and economic creation is actually working. The three big themes which will fill the diaries of the 25 member states, at least in the first half of the year, are of a strictly economic nature: in order, reforming the Stability Pact, re-launching the Lisbon Process, and setting out the budget for 2007 to 2013. No doubt these issues won’t attract the attention of Europe’s 450 million citizens but they will be crucial tests for really understanding what awaits us in the future. If the Pact is reformed sloppily and the Lisbon Agenda unconvincingly, or the budget reduced to a level insufficient for the Union, alarm bells will start ringing about the real conviction of Europe's leaders to stand united in the face of the current difficult economic situation. On the other hand, if reform of the Pact makes it more flexible but without betraying its original rigour, Lisbon is revised to give it clear and realistic objectives, and the budget is fixed at a suitable level for the Community’s needs, it would demonstrate real leadership to an electorate which is already bewildered and increasingly apathetic about Europe. Obviously, the inevitable frictions and conflicts typical of any tight-knit community where a growing number of 'family members' is not accompanied by a parallel convergence of interests may complicate matters.

The ace up the sleeve of a pro-Turkey Blair

2005 will also see the first referenda on the Constitution. The results will be determinant in influencing the path to ratification. Keep an eye on the Danish, French and Polish referenda in particular; just one 'no' vote could put the entire project in difficulty. And let’s not forget the start, in October, of negotiations over Turkish membership. Although the European Council gave the green light for talks to begin, there are still many obstacles which stand in the way of Turkey’s entry. Will Recep Tayyp Erdogan’s Government recognise Cyprus, now an EU member state, at least unofficially? And if it doesn't, how will Europe react? Will it close its eyes to such a response, encouraged by the pro-Turkey UK Presidency which begins in the second half of 2005, or will it take the necessary steps?

Bush to visit the heart of Europe

Lastly, 2005 will also be the year George Bush visits the city of Brussels, the EU's heart. Which Europe will await him? Blair and Berlusconi’s friendly, back-slapping one, or Chirac, Schröeder and Zapatero's one which distrusts him and his unilateral policies? Or, looked at another way, will the Union, which is still so divided over foreign policy, manage to come up with a common line to present to Bush?

Implementing new migration policies, the war on terror, relations with Russia, and EU enlargement to include Bulgaria, Romania and Croatia are the other principle challenges filling the diary. Whatever happens, one thing is for sure: we shouldn’t underestimate 2005. Even though this year’s challenges in the political arena are not comparable in terms of media impact with last year’s, the next few months will show us what future awaits the political project that for 50 years has given such hope to our continent.

If, during this coming year when there are no major upheavals to force member states to pull together, the 25 leaders of the Union manage to find a common line, people will be able to look at the future of the European project with a sense of trust. If not, the Union could face one of the most serious political crises of its history, a crisis from which another Europe could be created; smaller and more politically integrated in contrast to an unwieldy and ungovernable EU. There’s little point in making predictions. History will soon tell us which of the two hypotheses mark out our future. But one thing you can count on is that café babel will continue to act as an impartial observer of all these evolutions.