Does Donald come up trumps with young Europeans?

Donald Trump gets a little closer to his goal every day, but now the joke has gone on long enough. Once a laughing stock, now the billionaire is the presumptive Republican presidential nominee and is close to proving himself a credible candidate for President of the United States. Before we ring out the trumpets, how do young Europeans feel about his unstoppable rise?

On the 9th of April, the Boston Globe published a fake front page that saw Trump pronounced as President of the United States. After months of running gags and constant attempts to derail his campaign – cleverly orchestrated online – the joke has gone on long enough. One month later, it's turned out to not be so funny; Donald Trump could well win the Republican nomination, compete for the White House and even end up becoming President of the most powerful country on Earth.

For a while now, there's been plenty of evidence that we should be taking "the Donald" very seriously. His victories in the Republican primaries for one, but also this study led by Five Thirty Eight that shows that Trump voters have a higher than average level of education among Americans.

The retail magnate's successes have stopped raising a smile across the pond as well. At this point, the rise of the man with the sushi roll hairstyle has started to feel a bit scary. In order to find out how young Europeans feel about Trump's campaign, we posed a few questions to Michael (a 29-year-old English professor), Niccolò (25 and working for an electronics company), Martina (a 22-year-old Italian film student), and finally Mia (a 17-year-old French high school student).

cafébabel: In your opinion, what's wrong with Donald Trump?

Michael: Aside from his ignorance, overuse of rhetoric and simplified language – perhaps nothing, seeing as he seems so popular with American conservatives. I guess it depends who you ask.

Niccolò: Trump is completely unfit to govern a country – or a team of business people. Why? Because he says what he thinks in an instinctive way. He thinks his word is supreme truth and doesn't take the time to reflect before he opens his mouth. He's not a thoughtful person, yet that's a quality that any leader – let alone the President of the United States – absolutely has to possess.

Martina: He’s a racist, chauvinist, aspiring future president who tries to win followers by playing with “typical American” fear and paranoia over terrorism.

Mia: Donald Trump wants to live in the past, where everyone was the same and difference was prohibited. He claims he knows how to make people happier without even once saying the words "love" or "acceptance". He has some extreme ideas that seem to come straight out of a dictatorship. He says he understands the situation in US today but his life is full of money and power; so I don't know how he could possible understand daily life. He doesn't have the point of view of an American average household. I think that's one of the main problems with him. 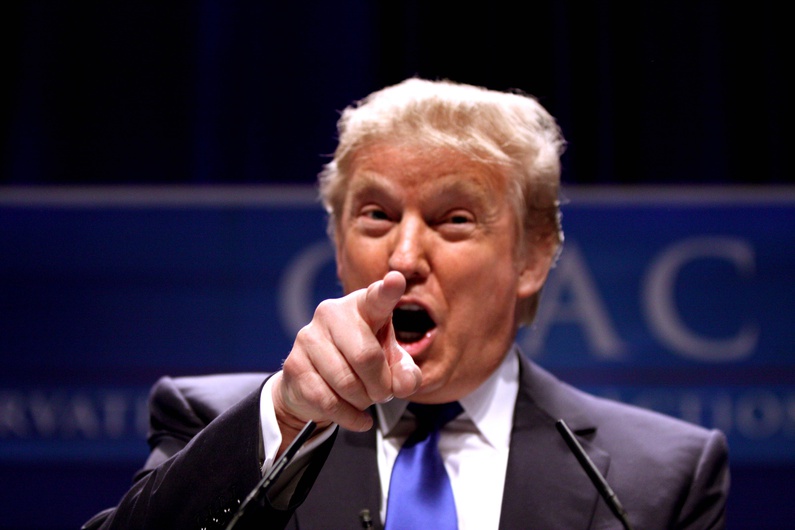 cafébabel: So why do you think he is striking such a chord with so many American voters?

Michael: If by this you mean why is he so popular, it's probably because what he says resonates with so many white, working and middle class conservatives in America who feel they've been forgotten or disenfranchised. They see Trump as honest, anti-establishment and without ties to previous regimes.

Niccolò: Honestly I have no idea why he's striking such a chord.

Martina: I can understand it, but it still perplexes me. I can’t accept it.

Mia: Donald Trump has huge support from the American population and I honestly find that surprising. I don't understand why. Maybe this is because a lot of people in the USA believe in Christianity in an extreme way, and thus search to rediscover the old-school lifestyle that you could see before the 21st century. Those people thus believe in the same things Trump does.

cafébabel: Do you think that it's necessary to put on a show in order to win votes?

Michael: One of the many attributes of great leadership probably is charisma, especially in America where so much more than a candidates policies and education are analysed and voted on – Trump’s hair being a case in point.

Niccolò: Being a showman undoubtedly helps win votes. People need someone who isn't bothered about speaking in public and who brings something new to the table. There's a phrase that well represents the middle class: "People are products of the thoughts of others." A lot of people therefore have an even greater tendency to listen to someone who has something to say if that person succeeds in expressing him- or herself in a captivating manner – like a showman. But I don't think that the way Trump speaks has paid off because he doesn't deliver speeches with serenity or sincerity. We all need those things.

Martina: Absolutely not. People should choose a president based on his or her honesty, rationality, intelligence, decency, wisdom and above all humility. 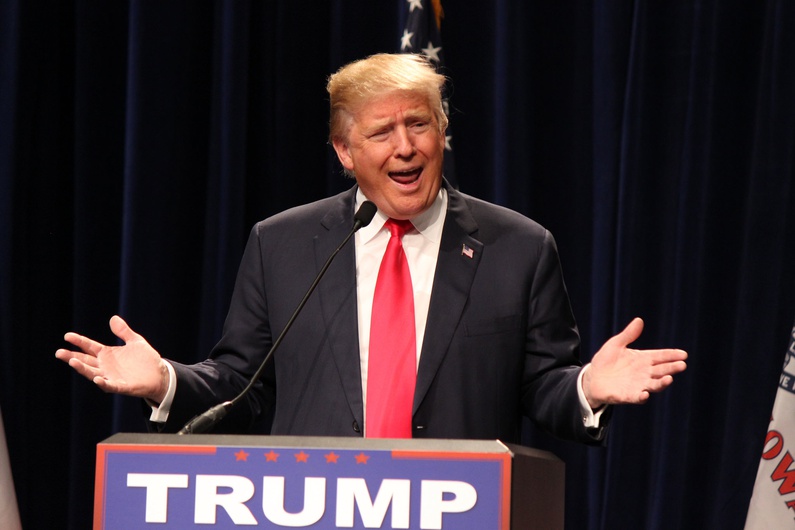 cafébabel: If he was elected, how do you think European foreign policy would evolve? Do you think that Trump's politics could snowball across Europe?

Michael: I don't know how it will evolve, but the EU and individual countries will need to re-evaluate any special relationship they have with the US vis-à-vis China and other state actors – particularly with relation to trade and military expenditure. Populist leaders like Trump come around every so often, particularly in times of social or economic crisis, and this can currently be seen in France, Germany and Austria for example. However, due to most European countries having multi-party systems they tend to be a "flash in the pan" and have limited appeal beyond their target audience – particularly when mainstream parties tend to adopt some of their policies to take away their votes, such as Cameron did with UKIP in the UK.

Niccolò: I don't think that European foreign policy will change that much. They will see Trump as a passing trend, nothing more.

Martina: I absolutely don’t know, I only hope that Europe won’t be too influenced by his ideas.

Mia: It might be a big deal for European policy if Donald Trump becomes President of the United States. North America has always had a lot of influence on Europe and so we will probably be affected by some of the laws that Donald Trump would create.

cafébabel: What would be the best put-down to make fun of Donald Trump?

Michael: Just listen to him speak!

Niccolò: Donald Trump is no more than a chimpanzee escaped from the zoo, using his supporters as vines to advance.

Martina: Donald Trump is only useful as a waving flag, (because of his ridiculous hair).

Mia: I don't want to make fun of hi; that isn't the purpose of these questions I think. I would just like to say that it sounds strange that a son of two immigrants wants to expel immigrants from the USA.