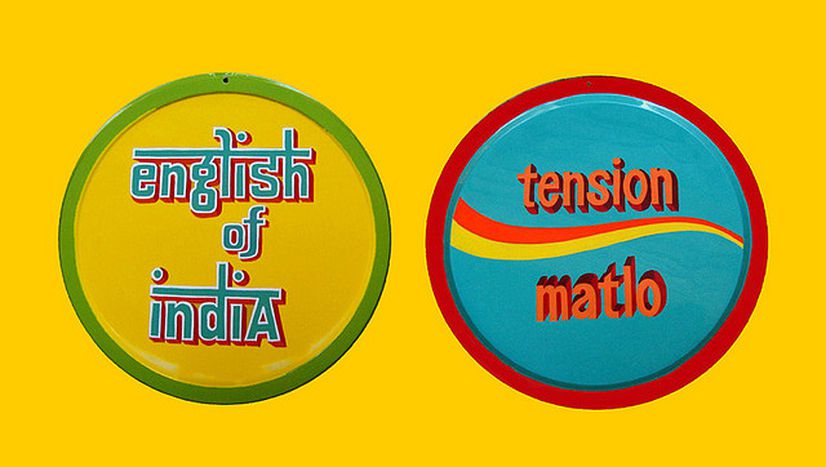 Do You Speak Indian?

Aap hindi bol jate hain? Do you speak Hindi? In southern India, this everyday question can sometimes be considered an act of linguistic terrorism. The colourful mix of Indian languages is not only deafening and quite unique, but also prone to political and religious exploitation. There is no such thing, however, as a single 'Indian' language. Say four hundred and you might be closer to the truth!

'Hindi? Of course I know Hindi. Thum murkh ho. How silly you are!' Taking another casual drag on his cigarette, Ajoy is making fun of European stupidity. In reality, he speaks Bengali more often because his mother is from Kolkatta (previously Calcutta). But as he grew up in Jharkhand and Delhi, he can also speak Hindi. 'My level is pretty embarassing though,' he hastens to add. 'But you know that my first language is English.' When writing, Ajoy only ever uses the language of Shakespeare and Fitzgerald, harking back to the poetry of the Romantics and American song lyrics. In the streets of Delhi, however, he is shouting, laughing and talking in Hindi as if this was no special feat. And to an untrained ear, his accent doesn't sound bad. Ajoy proncounces all those t's, D's, Th's and dh's that sometimes leave me on the brink of despair, as gracefully as anyone. Saab kuch clear hai? 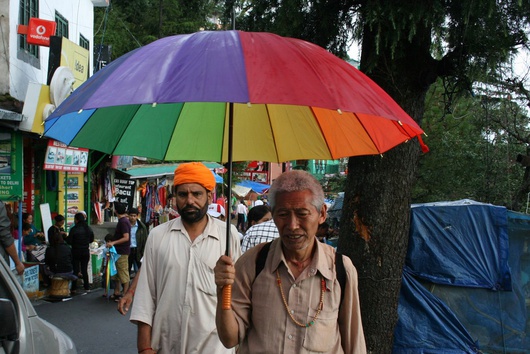 'Tell me which language you speak and I will tell you who you are.' In India, this simple rule hardly ever holds true. Although many of the languages spoken by 1.2 billion Indians can be geographically located, it is tricky to catch a familiar word in the tangled web of more than than 4000 ethnic groups, incessantly moving populations and everyday multilingualism. The 1991 census discovered 1, 576 languages. However the Anthropological Survey of India whose linguists count independent languages rather than dialects noted 325. But that's still a lot.

This is why the common question asked by many Europeans – 'do you speak Indian?' – seems all the funnier and can often leave you baffled. Are they referring to casual body language, the popular head wobble or maybe to Hindi? In any case, you will have a hard time trying to find an Indian who would ask a tourist from England or France what 'European' sounds like. 'Of course there is nothing like one Indian language,' Ajoy laughs. Directly related to European languages, 73% of all Indian tongues are Indo-Iranian, 24% are Dravidian and the rest belong to the Austro-Asiatic, Tibeto-Burman, European or other language families. And let's not forget many Indians speak English, Portuguese and French, linguistic relics of the colonial era. 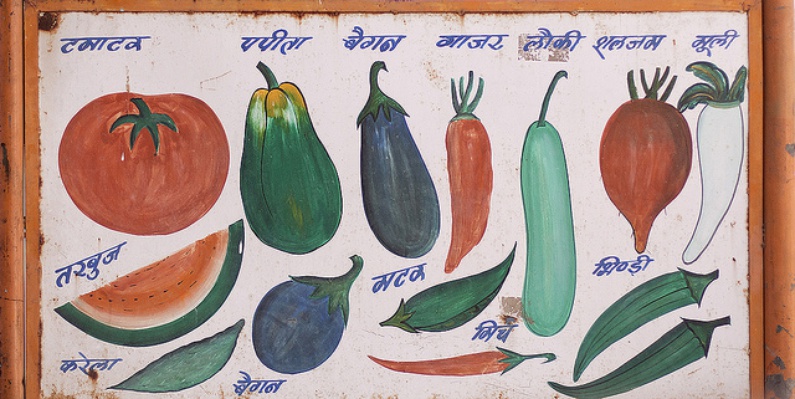 Overall, Hindi is the most widely spoken of all Indian languages. The 'Hindi belt' stretches from the western deserts of Rajasthan to the eastern border of Bihar and Jharkhand, covering much of north and central India. One of the reasons for this is that “Hindi” is an umbrella term for other languages like Rajasthani, Bihari or Urdu. Until Indian Independence in 1947, Hindi, Hindustani and Urdu were interchangeable terms for a common language. Hindi was more influenced by classical Sanskrit, whereas Urdu or Hindustani was closer to Persian and Arabic. Nevertheless, they weren't considered different languages until their exploitation on political and religious grounds following the Partition of India and Pakistan. Even now, a North-Indian and a Pakistani can easily understand each other. Only on paper will they have trouble as Hindi is written in the Devanagari script, like classical Sanskrit, whereas Urdu uses Arabic letters.

This multilingualism displays considerable linguistic intelligence on the part of many Indians, right? Ajoy once again doesn't agree. 'Many Indians speak only one language and they also don't know English that well. Why are you Europeans so eager to generalise?' he asks. Nevertheless, multilingualism is quite common as more than a handful of Indians speak a first language at home, as well as one or two regional languages and English. But neither Tamil, Hindi or Bengali are nearly as widely spoken as English. This is why Article 343 section 1 of the Indian Constitution, 1950, seems even less comprehensible: 'The official language of the Union shall be Hindi in the Devanagari script.' In order to unify the country politically, ethnically and religiously, the founding fathers of the Indian Union resorted to linguistic force which led to frequently violent outbreaks in the South as early as 1937. The founding fathers embraced English as a second official language which is nowadays a pretext in parts of the South for doing away with Hindi. 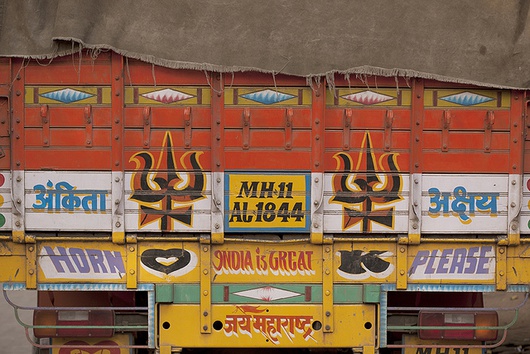 On a local level, every state can choose its own official language. The Indian Constitution recognises 22 regional languages. 'Thum samj ti ho?' Ajoy laughs as he repeats the sentence in every language he knows. 'Do you understand?' While I try, again in vain, to pronounce the different consonants and vowels in Dal and dal, main and mai, Ajoy buys a new pack of cigarettes, calls out in Bengali to a friend across the street before saying with a cool swagger that only the English language can confer: 'Shall we take off?'

We are going to a concert organised by friends, where Delhites mingle with other Indians, Iranians, Bangladeshis and Europeans. Most of them frequently lapse into English or other languages, although they continue speaking Hindi. Obviously, they have never heard of linguistic reticence. Nevertheless, this mix shouldn't be mistaken for a single Indian language. Rather, it is a fine example of linguistic multi-tasking. Saab kuch clear hai?