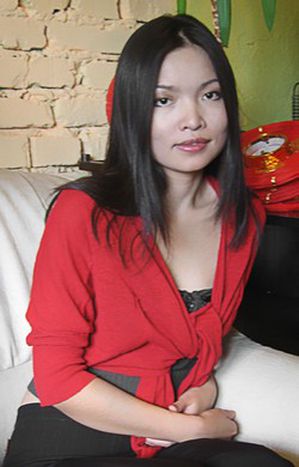 Disappearing in the crowd: Vietnamese immigrants in Poland

Thousands of Vietnamese are repressed in their home country and are forced to leave Asia and try their luck abroad. For those who choose Poland, the transition is sometimes tough

Many Vietnamese intellectuals, writers and historians now survive selling shampoo or gadgets on the pavement in Warsaw’s Stadion Dziesiciolecia. This former Olympic stadium is now one of Europe’s largest black market bazaars.

Twenty-eight year-old Ton Van Anh has lived in Poland for several years. She is a social worker and works with the Pro-Democracy Association in Vietnam and helps many of her fellow exiles to find work and cope with daily life. She estimates that there are nearly 30,000 Vietnamese on Polish soil. The majority are there legally, but some are condemned to a life without legal status, civil rights, or medical help after being forced to flee an authoritarian regime.

Ton Van Anh arrived in Poland with her whole family 14 years ago. Although her grandfather was a card-carrying communist, her father quickly broke away from Marxist ideology by making his opposition to the system clear. The Vietnamese authorities considered him to be an opponent of the nation, so only one option remained: leave the country with his family. He eventually obtained a visa for Poland - the land of Pope Jean-Paul II and Solidarnosc – with much difficulty. Smiling slightly, Van Anh remembers how “Poland was a fairy tale land where princesses lived and where everything seemed to be within reach”.

The authorities in Hanoi considered 1980’s Poland to be the black sheep of the Soviet family because at that time it was throwing off the communist yoke. Any Vietnamese citizen who talked about Solidarnosc [an independent self-governing trade union called ‘Solidarity’ which led a broad anti-Communist movement] immediately risked being suspected of revolutionary activities.

Tran Ngoc Than, the current president of the Pro-Democracy Association in Vietnam and Editor in Chief of the Dan Chim Viet magazine witnessed this atmosphere of suspicion. “At the time I was a correspondent for a national daily in Warsaw. I covered a workers’ strike in a factory in Poland and then the government prevented from returning to the country. I was declared an enemy of the nation”.

Than subsequently became a Polish citizen and recounts anecdote after anecdote illustrating the hard-line stance of the Hanoi regime. Four years ago he was trying to return home from Vietnam, where he had been spending a few days with his family. He had a visa but local police officials still questioned and arrested him. “In the end the Polish embassy pulled strings to get me out of that mess. The friend who was accompanying me – a priest opposed to the regime - was less lucky. He never managed to make it out of Hanoi airport but was stabbed by ‘we-don’t-know-who’,” says Than.

According to the Pro-Democracy Association in Vietnam, “the number of political prisoners in Vietnam is going up and there are more heavy prison sentences for offences like translating articles from the U.S. embassy website into Vietnamese. Moreover the country currently tops the list of places where women and children trafficking occurs. These activities are largely tolerated by the regime”. Indeed it is often the regime’s own government officials who manage this ‘mafia’, exploiting the poverty of the population.

In a country as corrupt as Vietnam everything is negotiable. Robert Krzyszto, a researcher at the Paderewski Institute of Social Sciences, knows the travel conditions for exiles. “Someone who wants to leave can be asked to pay nearly 3,000 dollars, while in Vietnam the average (monthly) salary is between 10 and 20 dollars. The journey generally lasts several months or even a year. These future refugees are victim of raids. Women are a particularly sought-after commodity. They can fetch up to 6,000 Euros a year when used by a pimp as a sex slave or piece of private property.”

Traffickers also use modern technology; in March 2006, three young Vietnamese were put up for auction on the eBay website. Their starting price: 5,500 Dollars. Krzyszto underlines another “appalling phenomenon…that of the ‘living fridges’. These people are sent by plane to a destination, not knowing that their assignment is to transport their organs intact to Germany or to France. Upon arrival they are killed by traffickers who harvest their hearts or kidneys and sell them”.

The exiled Vietnamese’s troubles are not necessarily over when they arrive in Poland. Any foreigner who crosses the border illegally is considered an illegal immigrant by the authorities. Moreover, according to the droit du sang theory that operates in Poland, children of illegal immigrants, even those born there, cannot become a Polish national.

The procedures to obtain refugee status are long and complicated. “The majority of the Vietnamese chose not to initiate the process because the Vietnamese government would consider then ‘enemies of the homeland’, a distinction that could put their family in danger,” explains Krzyszto. “The majority of Vietnamese prefer to remain illegally, and so become a target for all kinds of extortion.”

The only option then is to work illegally. Krzyszto describes how “it costs nearly 5,000 Zloty [nearly 1,200 Euros] to rent a square of pavement in the Dziesicioleci stadium to sell trinkets and stolen goods. And then there’s the extra you have to pay on top to buy the police’s silence. Many dishonest police don’t hesitate to adjust their tariffs at the refugees’ expense. Without money or connections many Vietnamese share apartments which are so small that they have to sleep in shifts to stand a chance of getting some shut-eye”.

The problem is the same for public transport. No illegal immigrant can feel safe in a Warsaw bus. The ticket inspectors often confiscate Vietnamese passengers’ tickets, commenting with an ironic smile, “What you going to do about it? Shall we call the police?” Baksheesh is a popular way to buy their silence. The backhander often costs more than the fine for travelling without a ticket,” explains Robert Krzyszto.

Krzyszto underlines how “in general moral standards have little effect on the police. If the police force arrested people rather than taking backhanders – as it should - there would be a bigger problem. Doctors are similarly supposed to inform the police about patients without immigration papers. In practice this never happens”.

Van Anh’s mobile rings again. The person on the end could be any Vietnamese in distress: a woman giving birth or someone arrested by the police. Every day we are living alongside tens of thousands of people who remain invisible to us. It’s time to open our eyes.