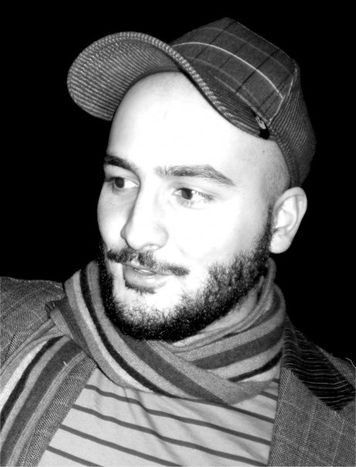 The 30-year-old filmmaker and screenwriter from Gothenburg stands out, not only because he doesn't look like your average Swede, but because he dons a different hat everyday. He played a cap-wearing tourist who becomes a terror suspect because of his looks in his own debut film London Transfer. Time to find out what's under his hat

‘It has happened to me that I wanted to go to a club and they wouldn't let me in. Of course, they didn't say I couldn’t go in because I looked like a foreigner, but rather: 'You can’t come in because of your shoes.' And I never found out if it was really because my shoes were ugly or not.’ You can’t help but shudder when you hear time-old problems like the one Roozbeh Behtaji has at the rencontres Henri Langlois 2010, an international film schools festival in Poitiers, his brown eyes wide. Do these things still happen in Europe, which is so open to the world? But since the events of 9/11 in 2001, the entire world has become a different, anxiety-provoking place'

Behtaji moved from Iran to Sweden as a child with his mother and speaks fluent Persian, although he has only been back to visit once. 'It felt great to see the country, but when you're there, you also realise that mentally, you're more Swedish,' he explains. Nevertheless he speaks both languages with an accent and doesn't feel like he comes from either country: 'In Sweden I’m Iranian and in Iran I’m Swedish.'

The dilemma spawned Roozbeh's first short film, London Transfer (2008). Swedish tourist Sam is stranded on a trip to Mexico from London with a broken suitcase to boot. It's late, and he's looking for the public toilets. 'Do not leave your baggage unattended,' blares a loudspeaker every two minutes, reminding us that any abandoned pieces of luggage are a security risk, and so we see him trying to fit his baggage into a tiny toilet cubicle. But of course no-one wants to help; has it anything to do with his Arab-looking features? To one American tourist's scepticism, the characters insists that he is from the south of Sweden. A cockney boy who is riding aimlessly through London's streets crosses Sam's path and becomes his unexpected friend and helper on his search for the toilets. 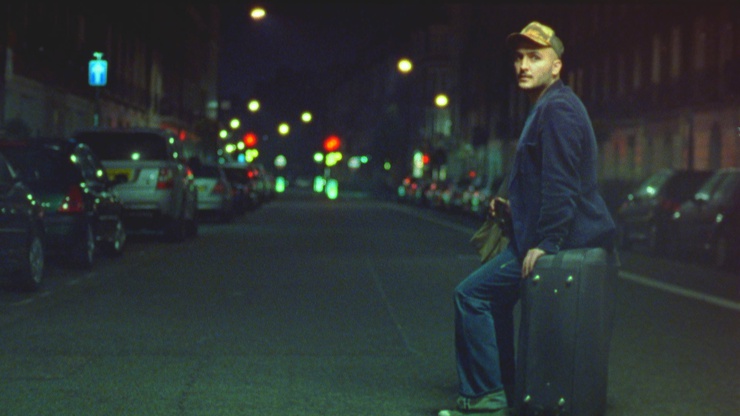 Roozbeh first came up with the concept of the film in 2005. He had travelled to London and seen the climate of extreme fear that people were living in after the bombings of 2005. He listened to the sounds of Maggot Brain by Funkadelic as he wandered the streets of the English capital and pondered why we all let ourselves be consumed by our fears. But despite the apocalyptic feeling Roozbeh felt comfortable in London; for the first time it felt like the colour of his skin wasn’t a problem. ‘It’s simply a place where I look and speak like everyone else does.’ He hadn’t felt like that at Gothenburg university, where he studied screenwriting, directing and philosophy. Despite the fact that he has lived in various European cities between Barcelona, Berlin and London, cold Scandinavia always draws him back. Roozbeh’s next project is a movie about European identities which will be partially funded by and screened for Swedish television. Bastian will see its title character crossing Europe in the search for his real parents, an effort to illustrate a pan-European dilemma.

Bastian’ real parents could come from Greece, Chile or Turkey: he only knows his adoptive Swedish parents. The hunt for his real identity is a problem of our generation, underlines Roozbeh. We’re under the threat of losing this in an era of open borders and endless possibilities in an ‘existential no-man’s land’. ‘People only ask: What do you want to be?’ complains the Swede. ‘They don't ask: What can you do? You can be anything and everyone wants to fulfil themselves. When they get older, everyone is afraid because they are not going there and there is so much to choose from. So whatever you do choose, you're not choosing a lot of other things and that depresses people.’ That counts especially for Europe, where you can not only live well and in peace, but you can also choose exactly where you live and what you want to do. The fear of endless freedom is not far off.

Roozbeh will play Bill in the film, Bastian’s friend who is actively fleeing a pregnant girlfriend. He’s also still waiting for the right break and screenplay having graduated from film school five years earlier, and so we follow his character as he makes a documentary of Bastian’s voyages across Europe. Roozbeh wants this European odyssey between documentary film and fiction to be a real mockumentary of life in the continent’s cafes and pubs, using the actual people he meets there. ‘I want it to be about this generation in different parts of Europe and how we relate to the same questions. We will shoot some scenes in cafés and just sit down and pretend to be our characters and film like that. This is fiction in public space. Kind of like Borat, but not as funny.’

Roozbeh is planning to move away from a pure cinematic adventure for the format of Bastian itself. ‘I knew right from the beginning that I didn’t want to do something for the cinema, because I wanted to do something cheap. I also realised that many people I know don’t go to the cinema anymore. They sit by there computers and watch Youtube all day.’ By moving away from the cinema houses to a more television and web-series production, Roozbeh feels that more of Europe will see his work.

'Many people I know don’t go to the cinema anymore'

But it’s not only immigrants in Sweden who are on the hunt for their homeland and their identity, but also many other young Europeans. ‘It’s about home,’ finishes Roozbeh. ‘The more I get into this, the more I realise that it's not a place. It's not inside borders. It's the people I love and the places I love and the people who love me back. I think when I click 'home' on facebook, that's really the closest to home because that's almost all my people gathered together.’ At 29, nor is the director sure where he will live next, being sure only that he wants to try out living in a few more cities outside Scandinavia first. His many hats will help him too, he’s sure: ‘When I wear a hat, I probably look less dangerous.’