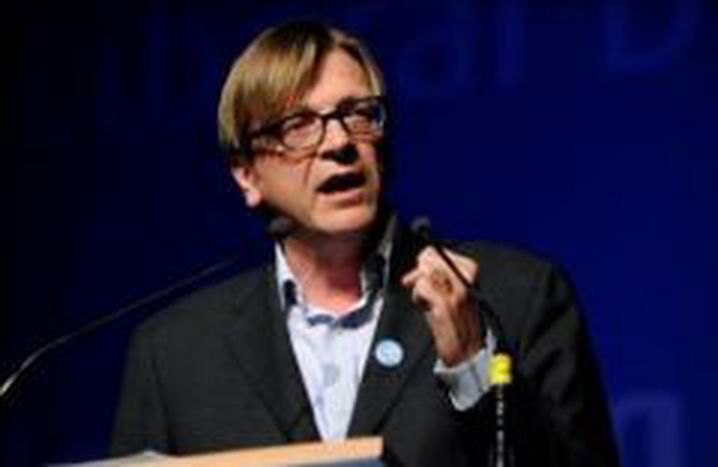 Declaration of Guy Verhofstadt: "60 years since the Schuman Declaration"

Sixty years ago our continent had to answer a crucial question: are we going to work, live and die like we did for so many decades? Or are we finally going to work together? Robert Schuman was the one answering that question.

Knowing that only by European cooperation, only promoting a community method for coal and steel, only with more Europe we would reach peace and prosperity. And by answering that question he made the 9th of May a turning point in world history.

Today, sixty years later, we stand again on a turning point in history. Today again we must answer a crucial question about the direction of the Union in the future: do we want a Europe of the member-states, an intergovernmental Europe? Or do we want a political Europe, a Union based on the community method? In other words, are we going to an ever looser or an ever closer Union? That is the question that we need to answer today.

Some people would argue that with the ratification of the Lisbon Treaty the community method has been carved in stone. Theoretically they are right. But what we see in every day politics is exactly the opposite. In every single important dossier it is the intergovernmental approach that has been taken. Every single time!

Take for example the EU 2020 strategy. Today everyone agrees that the Lisbon strategy was a failure. Not because of the current crisis, but because of the method of open coordination, peer review and best practices. The only method that would really work is giving the European Commission more power to enforce member-states to reach their goals: the Community method. But what do we see? The Council gave not more but less power to the Commission. And even worse, they have set up themselves a taskforce on economic governance, degrading the European Commission to a kind of executive secretariat of the Council. Making the EU 2020 an intergovernmental strategy.

An even more striking example is of course the way the problem of Greece has been handled. I almost said solved, but it is not solved yet. Instead of giving the Commission and the European Central Bank the task to wok out as soon as possible a European loan to Greece, our capitals have discussed for months what they would do and after that another month on how they would do it. At the same time increasing the anti-European sentiment all over the continent. And event letting Greece and the euro collapse in the process. It proves that the intergovernmental method is too slow and inefficient to deal with the problems of today.

But apparently, this experience was not enough. We haven’t learnt our lesson. Because the proposal for the European External Action Service is again based on the intergovernmental method. As far as possible from the Commission. And of course from the Parliament.

That is why I am saying that we are at a turning point in European history. Just as we were in 1950. Are we choosing an intergovernmental Europe? Or are we choosing a Union based on the method of Schuman and Monnet? What Schuman did on the 9th of May 1950 wasn’t just visionary. It was in the first place courageous. To give away important national power in order to build a European power.

Today, sixty years later, we need to follow his example and be courageous. We must fight for the Community method. Even if we have to fight alone. The European Parliament did not only receive new powers, it also received a new responsibility. And I must say I am glad. Because I feel in all different political groups enough people ready to take their responsibility. And to push Europe in the direction of Robert Schuman, the direction towards an ever closer Union.