Day 2: The Indie Filmmaker's Guide to the Internet

This is part four of a special series on cafebabel.com's Berlin blog, in which three Babel reporters will cover a not so well-known aspect of the Berlinale, Berlin's famous film festival. It's called "Berlinale Talent Campus", a forum for 350 young filmmakers from all over the world to present their works, meet each other and improve their skills during various workshops. 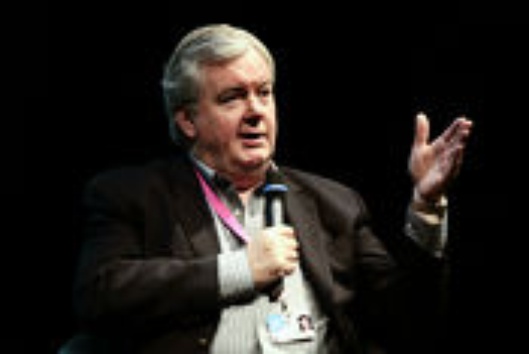 There are three huge question marks hovering over the Berlinale Talent Campus and the heads of its international participants: Who can give me money to realize my ideas? Will it still be my film? And how can I attract people to see my story?

Producer Ian Smith Take for example Didem from Istanbul. She wants to make a documentary about a famous Turkish singer who fled Turkey in the 60s and went to Paris. It’s a love story, she says. The way music and text come together is accurately written down in a folder she brought to Berlin. Of course the European Film Market is on her agenda where she’ll try to find financial help for her project – “This is the first time I’m trying to sell my stuff. So I don’t really know what to expect.” To get some ideas of how to deal with questions of financing and distribution as an independent filmmaker, many Talents follow the Campus' pink lights to HAU2 and two most interesting presentations.In the morning Liz Rosenthal, an independent producer and creator from the UK, shows how using podcasts, iTunes, Google and social networking sites is the best way to get known and stay independent. For sure Shah Rukh Khan’s appearance in HAU1 at the same time is overwhelming, but so are the opportunities on the internet. “It can be incredibly laborious,” the expert admits. “But the more you share of your work, the more valuable it can become.” Part 2 and 3 of the Indie Filmmaker’s Guide to the Internet will take place on Tuesday, Feb 12 at 2 p.m. and Thursday, Feb 14, 11 a.m respectively. In the afternoon there is the chance to hear two experienced producers share their secrets: Iain Smith in conversation with Sandy Lieberson again in HAU2. Iain Smith is the producer of films like the Fifth Element and Children of Men. His secret is to be like a mother to the filmmakers he is working with - with all the severity but also the admiration this kind of relationship demands. “Zen is a good way to deal with the fear of the filmmaker.”

Producer Liz Rosenthal Obviously both Smith and Lieberson try to make clear that the producer and the whole marketing machinery is not necessarily the enemy of the filmmaker. Yet you can hear from their questions that some Talents still need more proof of that, as these two kind men sitting comfy in their black armchairs might turn out to be wolves in sheep’s clothing. So Smith points out that the next generation has a clear advantage when it comes to the internet: “This is your chance. I know the traditional way but I feel uncomfortable with the internet.” Didem, the Turkish Talent, is enthusiastic, but one question remains: would Smith be interested in her documentary? One person, at least, doesn’t need to worry about attention at the moment. Will Hemming, a Canadian composer/sound designer, is busy with work in HAU3. Asked if he still has time to join all the activities on the Campus he laughs: “Yes, I do. I just don’t sleep.” 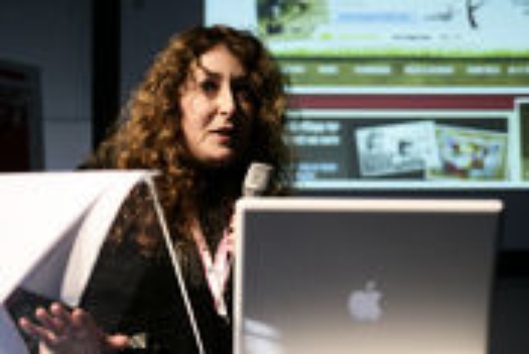