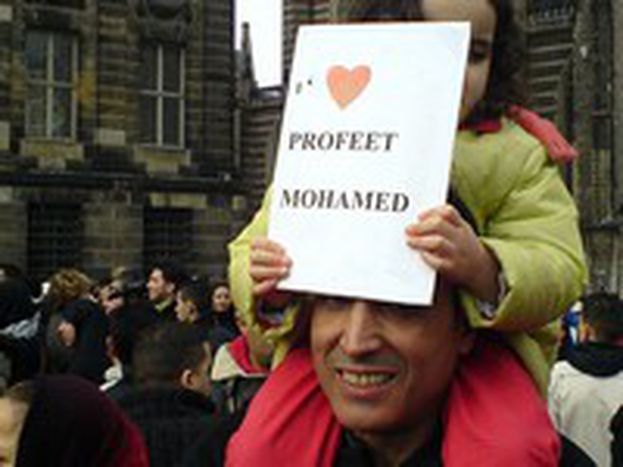 Danish cartoons, one year on

French satirical paper 'Charlie Hebdo' is on trial for publishing the Muhammed cartoons. We ask the original Danish editor if political correctness will always cloud freedom of speech

Flemming Rose, 50, is editor-in-chief of the ‘culture’ section of Danish daily newspaper Jyllands Posten. He hit the news in September 2005 after commissioning a competition for numerous cartoonists to illustrate a book about Islam.

The series of 12 comic drawings representing the Prophet Muhammad that were published by his liberal-conservative paper provoked Europe's Muslim communities. The drawings were judged to be 'offensive and insulting,' linking Islam to terrorism. In February, the crisis intensified; drawings were reprinted in many foreign newspapers acting in the name of defending their freedom of expression. It provoked a bigger onslaught of boycotts, death threats, mass demonstrations and damaging acts from the Muslim world.

In an interview for Newsweek dated February 2006, you admitted to have wanted to 'test the degree of self-censorship of Danish artists in relation to Islam.' Was this not a form of provocation?

Not at all. My colleagues and I wanted to initiate a debate on artistic self-censorship and underline the fact that certain religious leaders can impose their own set of rules upon a society. Obviously, we did not expect such a reaction from the Muslim world. Bernard Lewis, one of the most distinguished specialists on the Islamic world, said that this caricature crisis was an unpublished matter regarding the history of relations between the Muslim and the non-Muslim worlds. In general, few are concerned by what is happening outside of their sphere, but Muslims have, for the first time, attempted to apply their doctrine on non-Muslims.

Certain newspapers, notably in Norway and in France, have reprinted the contested caricatures on their pages as an act of support. Could one speak of solidarity amongst journalists?

I was very happy that other big newspapers published the drawings of their own accord. But I remain convinced that if the entire European press had joined in this movement, we would not have encountered such an explosion of violence. Saying that though, I believe that we have contributed to the emergence of a common European public opinion. This is all the better, since there was no getting-together of all the different editorial staff who decided, spontaneously, to reproduce the drawings. This collective conscience is rather encouraging, even if, I repeat, I would have liked to have seen a unanimous media mobilisation.

Do you think there is a sort of dictatorship of 'political correctness' in the majority of the mainstream European media?

No. I think that self-censorship, or editing as you would call it or something similar, is a good thing. After all, there is a difference as to whether something was done freely or whether it was done under intimidation. In my opinion, the debate surrounding the caricatures is about the freedom of the press and on the aptitude of a modern and secular society to accept that people of different beliefs can integrate themselves in any given environment. Many are content to denounce the attitude of a big newspaper which has just insulted a small minority. I admit that this itself is a debatable point of view. But from the moment when papers are forced to shut down, the chief editors are imprisoned for having reproduced the drawings in the columns or the journalists receive death threats, it is impossible to say that this crisis has nothing to do with freedom of expression.

What is your opinion of the attitude taken by a number of European institutions towards this affair?

The president of the European Commission, José Manuel Barroso, was very clear in re-affirming the importance of freedom of expression in Europe. But Javier Solana, the High Representative for the Common Foreign and Security Policy, had an unspeakable attitude towards it. During a visit to the Middle-East a short while after the crisis, he apologised to the Muslim community in the name of Europe. In accordance with what mandate? Jacques Chirac, two weeks after the controversy, was in Saudi Arabia to sell them arms. Had the implications of these policies been sufficiently considered, or did other hidden interests motivate them?

What is your opinion on the current case against 'Charlie Hebdo' (French left-wing satirical weekly who also published the notorious Danish cartoons), and the main French Muslim organisations?

In Denmark too, seven Muslim associations have tried to put the Jyllands Posten before the national courts. Without success. They still threaten me and my editor-in-chief with lawsuits but these get thrown out every time. I hope that it will be the same with Charlie Hebdo. It would be a real scandal for Voltaire’s country and the philosophers of the Enlightenment if the newspaper was to be declared guilty. The verdict of this case could have very grave consequences for the future of freedom of expression in Europe.