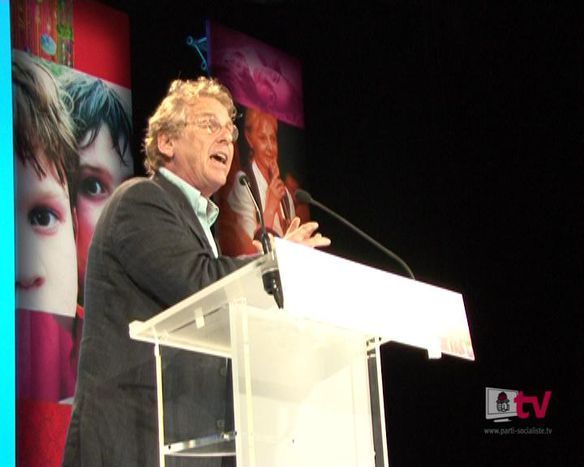 Daniel Cohn-Bendit: 'Stop the comparisons with 1968'

The German-French Green Party politician, 62, leader of the 1968 student protestors, publicist and current member of the European parliament, on 1968 and the here and now in Europe

Revolution today - are youngsters less politically engaged nowadays than before?

It is much harder to be young these days than it was forty years ago. At that time unemployment was unheard of. However forty years ago was the time of sexual revolution, of emancipation. No one knew anything about co2 and climate change. And forty years ago it was possible to formulate any ideological insanity. Some were for the Chinese culture revolution, regardless of how many died during it. Others for the totalitarian system of Cuba. I say it over and over again, we were like Prometheus. The world belonged to us. And we were in the position to carve out a different world.

Today’s youth know that many things are simply not okay. It's wrong to say that youngsters are not political today. They are different. They are more sensible, in some ways fearful, but not less political.

Yet in what ways is the politicisation of the youth clear today?

There are many young people today who, for example, campaign against globalisation through NGOs or human rights organisations. The difference is that, as a whole, they are not summarised in one proper or absurd political project. Instead, part of them are very rebellious.

Therefore can one say that the revolution today is institutionalised?

No. At that time there wasn’t really a revolution. It was only a revolt. The revolt today plays out quite differently. It is more complex and multilayered und just not as simple. It made it harder for its perception.

What do you think is the aim of today’s ‘revolt’? Has your generation already implemented the large reversal in personal freedom, which still continues for today’s youth?

There is the revolt against globalisation, the aim of which is clear. The G8 demonstration has shown that it is against injustice. There is a revolt against the ecological destruction of the planet. There is also simply the effort to safeguard against a very achievement-orientated society, which basically only offers a slump career-wise or unemployment.

The pressure of the working sphere for those who have a high standard of living is so high that some find it hard to endure. For this reason, many youngsters simply avoid achievement. More and more people are accused of this. The fact that they do not like to be political articulate has a socio-political effect.

We need to stop the comparisons with the situation forty years ago. It has gone, finished, is over the hill. It was nice for those who experienced it but it is over now. We have a different world, a different society. 1968 changed the world and now we have to deal with the current world and not look back.

Then what has primarily changed for you in the last forty years?

I’m forty years older. That's for sure. Today I am no longer a completely unknown young man, but someone with a political history, integrated into a political system.

What do you think, from experience, is the most efficient way of changing something: through the system or against the system?

Both. Social movements change the climate of a society. But the changes are ultimately decided by the system. That remains the same.

Who do you personally think you have affected the most?

We have decidedly contributed in such a way that the autonomy of the subject and also of the collective is, if anything, now recognised and that the state’s fixation, that the state has to purport how one is to live, was repressed.

Is there a European identity?

Yes, after all 1968 was a European movement. It had different motives but it was happening in many places in Europe. And this anti-authoritarian rebellion has provoked a new type of society in the whole of society. Today, man is on the way to a common identity.

Listen to the interview with Daniel Cohn-Bendit (German)