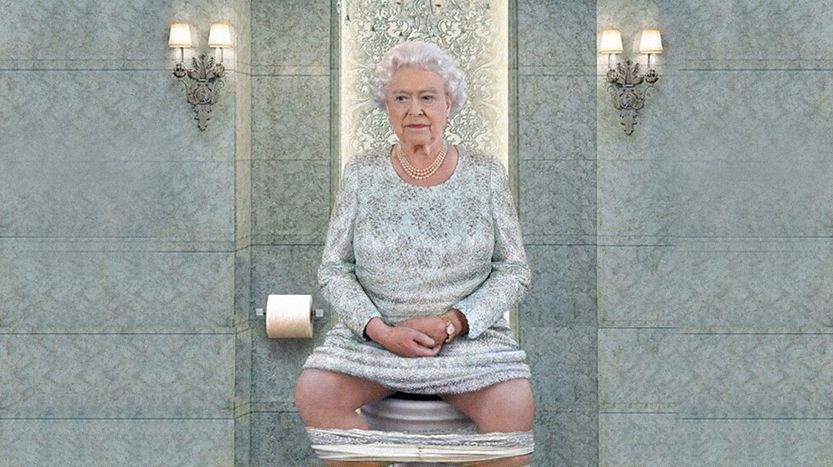 On the throne we are all the same, whether we are the Dalai Lama or Mario Draghi. One who knows this well is Cristina Guggeri, 41, an artist from Cagliari who fell in love with Photoshop ten years ago. The results of this long and tumultuous love story went around the world in a matter of a few days.

Imagine two artists in front of their cups of coffee, or glasses of wine. The talk, they exchange ideas until proposing: "Why don't we undress famous people?" Maybe not make them naked, exactly, they continue, but in a situation that makes them more like us, not according to the law, but why not put them in the bathroom? So, from a casual conversation was born Daily Duty, a project concering our 'everyday need.'

"It's not the first time I've worked on photomontages," explains Cristina Guggeri (called Krydy in the art world), the Sardinian artist that has been behind these images that make all of Italy laugh — and other countries as well. "Already a few years ago I worked on pictures of famous people, always with a provocative touch." The works of Cristina, a painter since birth, aim to make people laugh, but above all, to make you think. The name of her new project certainly wasn't chosen at random. 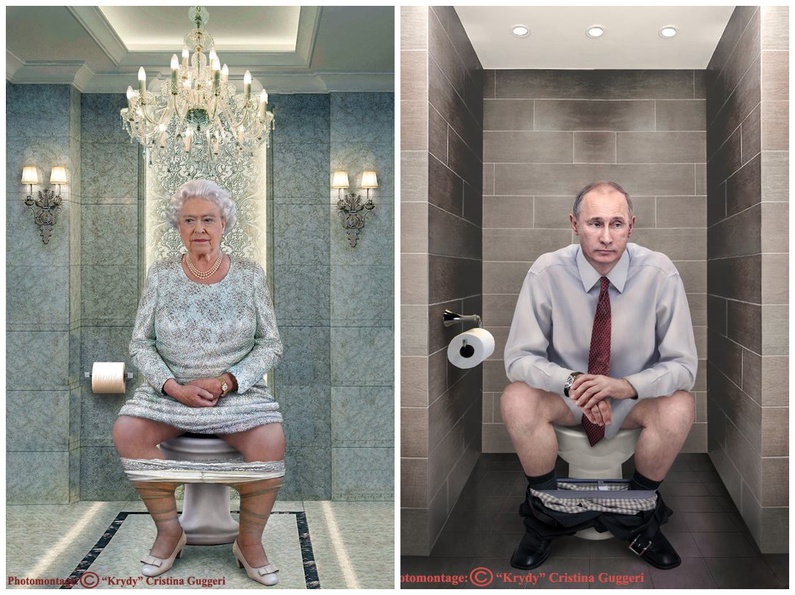 It's an arduous task, done detail by detail. "For each person," Cristina explains, "I searched for the exact traits, even taking a hand from one photo and eyes from another, all to recreate the exact characteristics of each leader." It's a patience that, seeing the popularity achieved on social networks, has surely rewarded Cristina.

Although the images went viral after the events at Charlie Hebdo, they have nothing to do with the events, and they don't offer a satirical response to the events of January 7th. The illustrations — gathered by Franco Corapi, the art director of the website AreaShoot World — were posted online on January 6th, on the peaceful day of the Befana, a traditional Italian holiday that precedes the return to work. 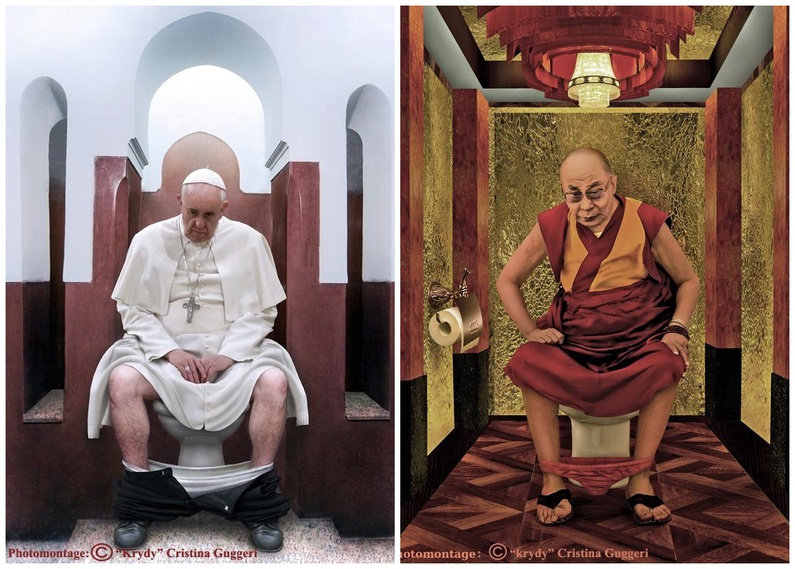 When I ask Cristina about her plans for the future, she answers that she will continue to produce provocative work. "I want my art to make people laugh, but above all think about what concerns them. In the images of politicians, my intention was to bring attention to what is part of their daily routine. Meanwhile, when working on religious leaders, the idea was rather to bring them closer to us. In other words, making them more human." Cristina promises that she'll do the same to the people in the world of entertainment. For now, between Netanyahu and Obama, Silvio Berlusconi and Angela Merkel, all we can do is wait with anticipation.

Naturally, we wonder whether these images have been criticised, seeing the implications concerning certain religious leaders. Cristina answers me without hesitating for a second: "No, the reactions have been positive. Of course, some people have made jokes, especially with the religious ones, but I can count the critics on one hand." One reason more to continue this work, seeking out healthy laughter and, above all, healthy reflection. 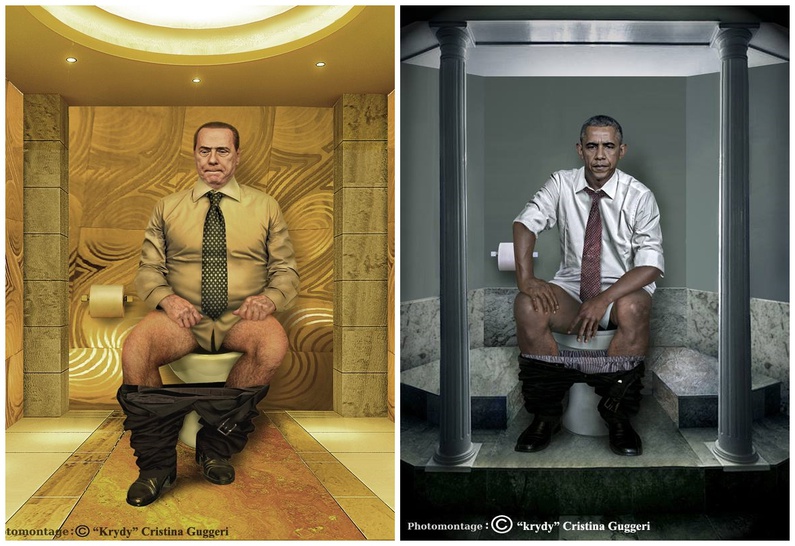 Translated from Daily duty, quando i leader vanno in bagno