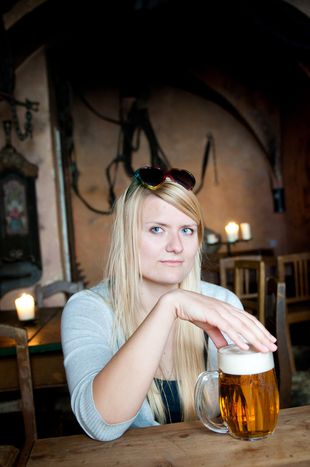 Water, malt, hops and yeast - that’s all it takes to make beer, the most widely available drink in Europe. The Czech Republic has the highest rate of consumption at 160 litres per person of pivo, followed by the Germans and Austrians who content themselves with 115 litres each per year. Before you make your own brew at home, find out who were the first ancient consumers

Beer fans before today's Europeans include the Sumerians, ancient Egyptians and Babylonians, who appear to have had more than 20 different types of beer. In addition, the law code called the Code of Hammurabi (1728-1683 B.C.) condemned to death those who did not respect the indicated criteria for making beer, and those who sold it without permission. The Romans were also defiant beer consumers.

This could have come from the indo-european root pi(b) (bere) which can also be linked to piwo and pivo. Therefore beer should be the beverage par excellence! However, there are also those who maintain that the origin of the word is the German beor, which today has become brauen ('to brew'). The etymology doesn’t just end here: it could have come from the Anglo-Saxon word bere ('barley').

In the medieval period beer became the main protagonist, above all thanks to monks. In this period there was a definite rise in quality with the introduction of hops, and finally, to give it a good flavour they used berries, spices and tree bark.

Make your own beer

The final frontier is home-brewing.

- Mix malt extract and hops with warm water and sugar

- Once fermented, bottle and mature for thirty days

- And all together now - cheers!

This article was first published on cafebabel.com on 14 January 2008

Translated from A tutta birra