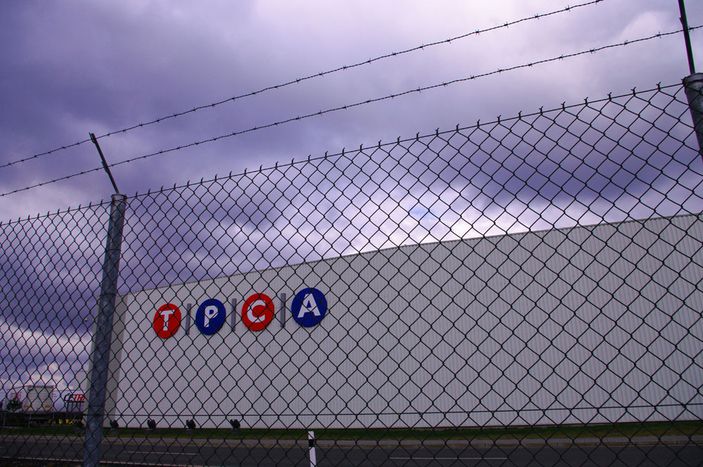 With different visions of the market, politics and the EU, this is a country which is torn between its new role as the centre of Europe and the rejection of any type of communism

'If we give money to the auto industry to restructure itself, it's not so we can hear about a new plant moving to the Czech Republic or wherever.' With these words, Nicholas Sarkozy, the president of France and the outgoing president of Europe (between July and December 2008 - ed), opened the Pandora’s box in February 2009. It is the economic crisis that seems to have turned everything upside down – nationalised banks, use of public aid for private companies, and the former presidents of the EU that are against the rules of the common European market. Is the ‘free’ European Union veering towards communism?!

It seems ridiculous to imagine something like this from the perspective of the countries that painted fifteen stars on the blue background of the European flag; it is so far and beyond the threat of the soviets (more or less). But for a large part of Czech society, who have fresh memories of communism, any type of state intervention in the free run of the laws of supply and demand, it all seems too much. In France, they do not only expect the assistance of the state, they require it. For some Czechs, this smells of communism and it puts in danger their twenty something year old capitalist system. All of this can be passed through on a European level.

'A common market does not exist' 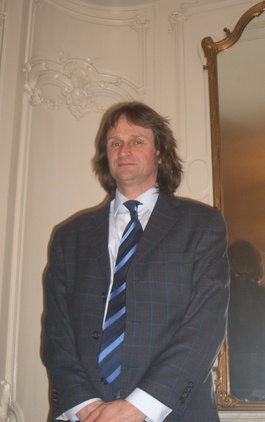 Miroslav Ševčík, head of the department of economics and social politics at the University of economics (Vysoká škola ekonomická v Praze, VŠE) in Prague, says plainly that 'a free market does not exist among the citizens of the EU.' He is referring to the ‘discriminatory' help given to agriculture, and the opening of the markets (Austria still has shares for Czech workers), among other things. It goes further when considering that the entrance of the Czech Republic into the EU was contrary to its interests. There wasn’t a lot of confidence in the European elections. 'It doesn’t matter who is sitting there (in the European parliament), this government is not in relation with reality, and they do not represent anybody.' They are working on lobbyist projects, following only their interests and not those of the people. The ‘eurocracy’ serves no purpose but to distort the market.

Nor does he mince his words when referring to the president of the French Republic. 'Sarkozy is foolish, even Hugo Chávez referred to him as a great friend of Venezuela!' According to him, this indicates his obvious tendency to lean towards communism. Miroslav answers my questions from his office by ‘Wenceslas Square’, a symbol of national pride. Although I do not understand any Slavic language, it is easy to see that the situation outrages him. His blonde Czech-Spanish/Spanish-Czech interpreter blushes when her boss slips in an insult, which I translate into a lighter version and with a lower voice, so that the interview has a friendlier tone. It's the least I could do. The free market depends on at least 75% of the Czech GDP, coming from exports of goods 'made in the Czech Republic’, which has become one of the factories of the EU. It’s an impressive figure; and it takes the ordinary Czech off the street, resulting in work, wages and welfare. 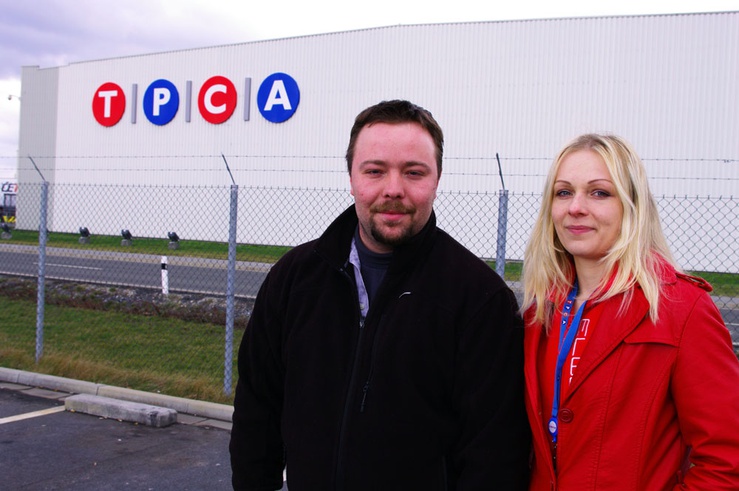 Klára Bacova and Jan Zlámal work in one of these factories that Sarko spoke of. TPSA has the Japanese Toyota and French Peugeot as its key companies, in the outskirts of the city of Kolín, roughly an hour's train journey from Prague. They are also part of the union at the car factory. A Czech union – this has nothing to do with groups, large, combative strikers from countries in the west. Perhaps this is another sign of Czech repulsion of anything that has a whiff of communism. Barely 300 of the 3, 200 workers of the TPSA in Kolín are with the union.

'For the factory to return to France is near on impossible'

Klára and Jan are president of the union and vice-president of communication respectively, and show they are docile in their answers. After each question, they exchange looks and think about what they are going to say before they speak, as if they don’t want to put their foot in it. They do not believe that the crisis will affect them, although they do acknowledge some uncertainty about the future. At this time, they don’t have any problems with laying people off or reduced production; they are only experiencing problems with the import of parts. What about what Sarkozy said? With an ironic smile one answers, 'The attitude of the French president is rare, putting the interest of your country in front of those in Europe after leaving the European presidency… anyway, for the factory to return to France is near on impossible.'

Finally, even if pure capitalism would seem to reveal itself as a general trend in this country, they don’t have to dramatise it. Not forgetting that the Czech Republic is holding the rotating six-month European presidency (January - June 2009) and this involves certain responsibilities with all of the EU. The Czech minister of industry and trade, Martin Tlapa, knows it and he shows above all that he is conciliatory. He speaks to me in English at a rapid pace. We speak of Sarkozy, but he prefers not to go into the controversial. He almost justifies it: 'Some politicians have a lot of domestic pressure.' However, despite acknowledging a wave of protectionism after the crisis, he considers it ‘comprehensible but dangerous’. He does not question the EU; 'The reaction of the EU commission has been encouraging.' In spite of his calm mood, he doesn't give any respite to the tendencies that imply state control. 'Some people still remember the phrase of the old president (Václav Havel, former dissident and anti-communist, president of Czechoslovakia between 1989-93, as well as Czech president from 1993-2003 - ed). He said that liberalism is just as dangerous as communism. This is something difficult to comprehend in the Czech Republic, where the inefficiency of the planned economy was one of the reasons for a collapse in the system.'

What to do to reconcile all the countries in the EU? 'The EU has to pass a larger reform if it wants to survive and return to it former principles,' says Ševčík. 'If it wants to survive it needs less bureaucracy and more liberty for its citizens.' Tlapa argues, 'Each country chooses which model they follow and which is the most effective in each case. The ambition to control everything in the state has showed itself, historically to be ineffective.' The minister concludes that, 'Sometimes, long-term solutions are painful.' But this is true for anything these days.

Many thanks to Jana Stanulová and the cafebabel.com local team in Prague