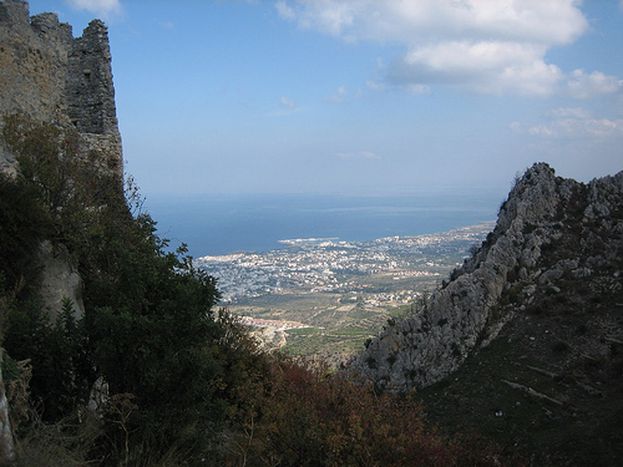 34 years after the unrest that led to its division, the most outlying country in the European Union is once again hopeful. The resumption of talks may finally provide a viable solution

On the evening of his election, 24 February 2008, the neo-communist Cypriot president Dimitris Christofias confirmed one of his campaign commitments: ‘I present myself before the supreme magistrate driven by the vision of a lifetime: reaching a just solution on the Cyprus question.’ If he has kept his promise and reopened discussions with the leader of the Turkish part, Mehmet Ali Talat, then the hardest part remains unresolved: finding a shared and viable vision over the issue which divides the two communities.

The resolution of the Cyprus issue has been on hold since 2004, when more than three quarters of Greek Cypriots rejected the UN Plan to make a federation of two states. The decision to resume talks four years later has been made in high-spirits. On 21 March, Dimitris Christofias and Mehmet Ali Talat decided to open a new crossing point on Rue Ledra, a pedestrianised shopping street in the old part of capital Nicosia.

Above its symbolic connotations, the two men have set the ball rolling for new negotiations and have established six working groups and seven intercommunity technical committees. Their task is to prepare further future discussions between the two leaders. Their wives come together around a ‘Cypriot coffee’, a linguistic compromise between the Turkish and Greek coffees, and in the tea leaves left in their mugs they read that the future of Cyprus will be positive.

But very rapidly hope has been superseded by doubt and instances of unpleasantness have very quickly reared their ugly head. In fact, the two leaders are actually struggling to agree on the basic points of their discussions. First of all, it was a memo signed on 5 June in London between the British prime minister Gordon Brown, the former colonial power and Dimitris Christofias that angered Mehmet Ali Talat. In this memo, Great Britain lent its support to a solution of the Cyprus issue on the basis of creating a communal and bizonal federation that would ensure political equality and reflected its sovereignty, citizenship and its unique international status.

Great Britain has committed itself not to recognise any new entity that would be created on the island. Their intention therefore is clear: to categorically refuse the ‘virgin birth’. This solution, often suggested by Mehmet Ali Talat, would according to the Turkish contingent allow the creation of a new state on new political and constitutional foundations.

The two leaders also disagree on the mandates of the working groups and technical committees. For Dimitris Christofias, real progress must be made here so that direct negotiations have any chance of success, something that does not appear to be the case. The Turkish Cypriot authorities meanwhile believe that if there are to be difficulties, they may very well be resolved during the negotiations.

While the discussions threaten to intrude the summer period, a meeting was finally organised on 1 July when the two leaders reached an agreement in principle on the issues of sovereignty and of unique citizenship. Their next meeting is set for 25 July, a date on which they will examine the progress made within the working groups and technical committees. Direct talks should then begin in the autumn.

These negotiations have been organised under the watchful eye of the UN, who should soon name a special envoy for Cyprus and decide upon a role for the Slovakian ambassador and the support to be given by the European governments. Scientific reports published by PRIO (the International Peace Research Institute in Oslo) also encourage a viable solution to be sought: ‘the world is watching Cyprus very closely,’ declared Lynn Pascoe, the under-secretary-general for political affairs for the United Nations.

‘Siga, siga’ (‘slowly, slowly’) is the response offered by Cypriots to anxious citizens. But specialists are warning that time is precious on this issue. In ten months time, the northern part will enter into electoral campaigning, and it is not certain that Mehmet Ali Talat, criticised in his own camp, will be re-elected. This would once again delay all hopes of reunifying Aphrodite’s island.