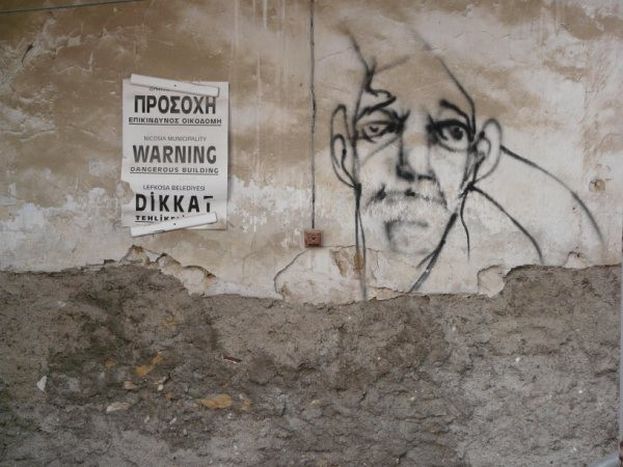 On either side of the Green Line that has divided the island since 1974, young Cypriots talk about community identities and a general aspiration for unity through European integration

'This is the only situation I have ever known. It wouldn't feel natural at all to live with the Turkish Cypriots,' says Andreas, a 26-year-old Greek Cypriot. 'There are huge differences between us,' notes an older Greek Cypriot. 'Language has always been a barrier. It was a barrier even before 1974.' Language, religion, culture – all of these differences are constantly put forward to explain the impossibility of an agreement in Cyprus. Language, religion and culture have fed nationalist feelings on both sides for over half a century. With some fervour, Andreas replies that he feels 'Greek above all'. 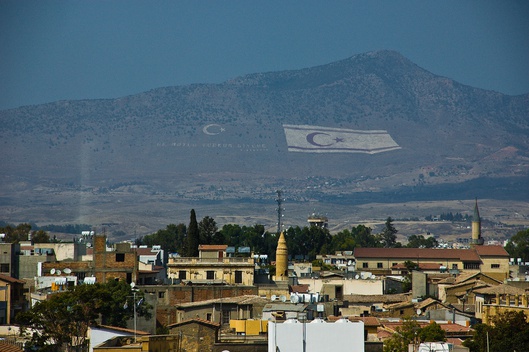 The Green Line remained a fracture after 2003 when the check-points were opened, and even in the heart of the old town. The reason is because ever since, a 'psychological Green Line' has established itself in people's minds; that's more powerful than any physical barricade. In 2004, a UN peace plan proposing a federation between the two communities was rejected by over 75% of the Greek Cypriots. It was the same year that Cyprus entered the European Union, though without its northern part, whose integration would require a reunification. In this status quo situation that lingers on, the two populations are finding it hard to recognise themselves as members of a single state.

A Greek Cypriot friend once told me that 'Cyprus was the slave of the Mediterranean for centuries'. It's a bitter statement about a history that is accused of being the source of all the island's troubles. Until 1960, Cyprus had always been colonised. This stormy history resulted in the birth of a 'bicommunity' society, deprived of a common national conscience. However, in the twentieth century, there was a growing feeling  that Greek Cypriots had a specific culture and identity, which would lead the island to independence in 1960. Turkish Cypriots were initially part of this movement, but their community was quickly rejected. Worse, it was the open aspiration of the Greek-Cypriots to unite with Greece that led the Turkish Cypriot minority to idealise Turkey, which was seen as a protective motherland. The developing Cypriot identity was, thus, definitively brought down when the Turks invaded the island in 1974, causing a territorial division and the separation of the two communities.

Four actors for one island

Today, Greece and Turkey remain omnipresent in Cyprus; the visibility of their flags is proof enough. In March 2010, prime ministers Recep Tayyip Erdogan and Georges Papandreou promised to meet in the next few months in order to find a 'fair solution'. Whereas the Greek Cypriots have become emancipated since 1974 and have achieved the creation of a free and autonomous nation, the north of the island, with its 30, 000 Turkish soldiers, is more than ever linked to Ankara, not only militarily, but also politically and financially.

Read more in a interview about Greek-Turkish Cypriot Radio May

With the massive inflow of Turkish 'colonists', the demographic situation is extremely complex. They have now outnumbered the Turkish Cypriots, thus preventing them from exercising their right to self-determination on their own land. 'How can we decide anything for ourselves and for Europe, when they outnumber us?' worries one Turkish Cypriot. As for the Greek Cypriots, they demand the Turks' departure as a prerequisite for any negotiations.

The Republic of Cyprus' integration in the European Union in 2004 marked a turning point; although it has not intervened directly, it is pushing Cypriots to actively seek a solution. Uncertainly. This membership, which was supposed to accelerate the reunification procesess, is often accused of throwing a new ambiguity into the relationship between Greek and Turkish Cypriots. Indeed, the former have seemed more reluctant to reunite with the latter since they won the 'European advantage' over them. 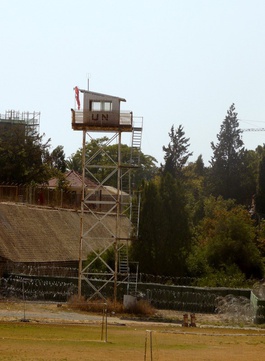 It is obvious that there is no easy solution at hand. The idea of a Cypriot identity is barely thirty years old and was born in painful circumstances. But it is growing: the two communities of this European island have started a real dialogue. In the end, Greek Cypriots and Turkish Cypriots could come together around European integration: 'I wish I could be a European Turkish Cypriot', says Mel. Can we hope for a stable, pluri-ethnic and pluri-community nation within the European Union? One thing is certain - the poignant example of this little island in the Mediterranean sea underlines the modern erring ways of the notion of identity. It is manifold, and hesitates between attachments to community, nation and Europe. We can no longer reduce it to rigid prejudices, we must let it out of the yoke of one language or one religion, so as to take into account its multiplicity within a single nation. This is the hard task that now lies ahead in Cyprus.