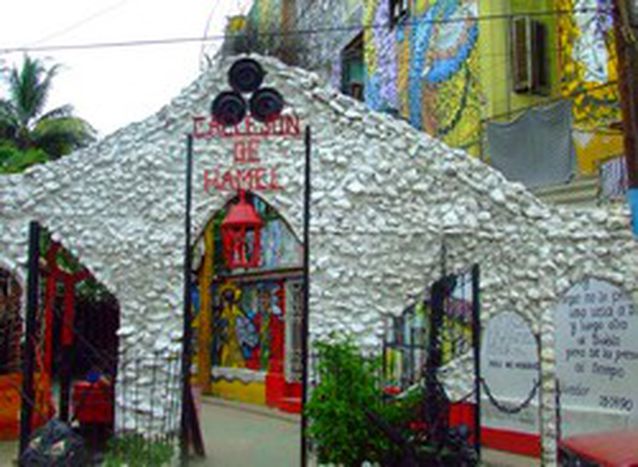 Cuba: backstreet with an escape route

In the first of our ‘rock and backpack’ series, we discover Havana - the cultural centre of a Cuba in which everyone has the ability to produce something, but few express themselves

A strange mix of mango and gasoline permeates the air. This is the smell of Havana. The battered and faded facades of its stately buildings enlarge the decadent shadow in this city of contrasts. Hidden at the centre of its labyrinthine urban structure are small treasures. The best of these, without doubt, is the Callejón de Hamel, a polychromatic enclave in the middle of a grey and lifeless district of Cayo Hueso. This is the first outdoor mural dedicated to Afro Cuban culture. 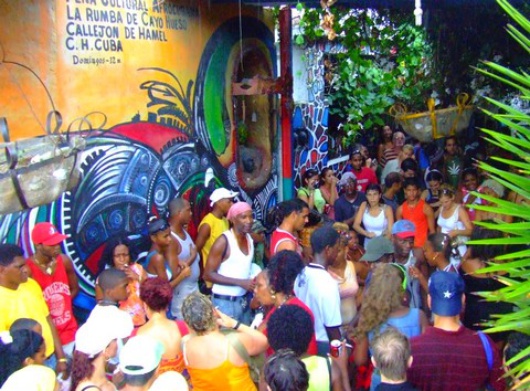 This multifaceted space serves as a channel for all types of artistic expression. Santeria drawings – Orishas (saints), Nkisis (spirits) and gods – and existential thought themed fountain pens cover the walls of this communal passageway. 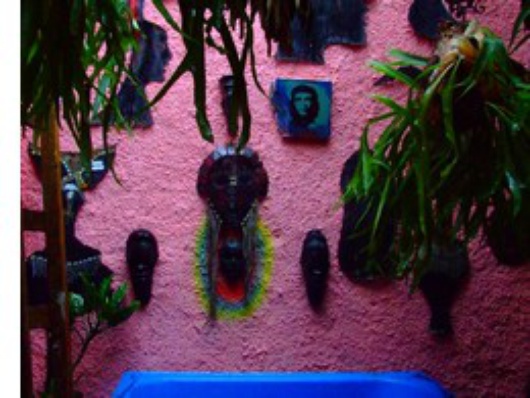 Sculptural figures escape from the walls giving life to the Niños de Hamel. According to legend, they enter and leave the street without being seen; meanwhile they play and amuse themselves with structures made from recycled materials that clothe the street: Easter eggs hidden in telephone lines, large old bathtubs that fly overhead, colossal totems in search of the celestial realm and an omnipresent eye mural that threatens curious eyes.

The artist creates for their community

At the entrance a stall offers elements of Santeria: seeds, necklaces, roots and brewed concoctions. This belief in the incarnation of spirits in nature comes from a combination of the Catholic faith and African deities, where witchcraft, superstition and rituals meet. From this magic traveling store we continue on to the Merceditas Valdés studio-workshop. It is in this sanctuary that Salvador González Escalona, who is from the central Cuban district of Camagüey, creates and presents his work.

The artistic vocation of this sculptor and painter –which was fostered in the Afro Cuban tradition- and his close relation with the human being, have made him construct, for over twenty years, a reality for the use and enjoyment of the local community, which he supports with his own work. ‘The objective of my project is to provide creative art for the town, because it forms part of their own identity,’ he tells us. Far from limiting itself to showrooms, this back alley permits a great many educational and recreational activities dedicated most of all to young people. The community organises theatre performances, story telling presentations, painting workshops and concerts. The main rhythm comes from the traditional Cuban sounds (boleros, feeling, swing and dances), that recall times of political unrest and musical splendor.

Community does not equal communism 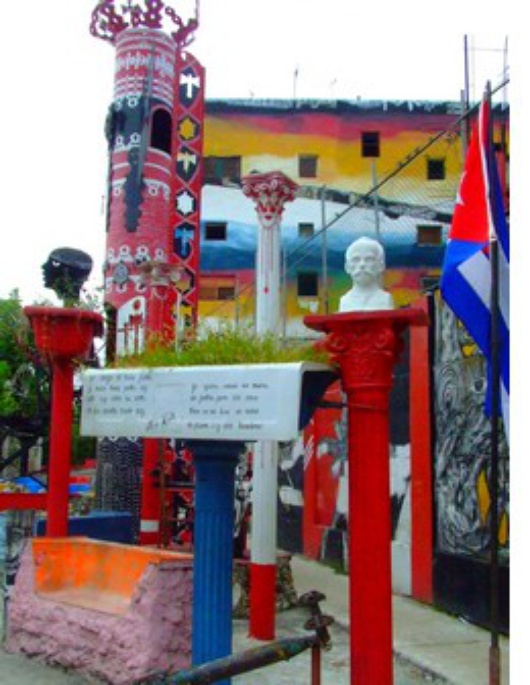 The philosophical mural in Hamel acquires a new dimension. A difference that one can appreciate in the revolutionary walls and Cuban facades, urban art offers for Salvador, a chance to try to display ethical and historical values, which at the same time, are aesthetic. The situation of art in Cuba, such as it is at the mercy of the mechanisms of power, is masked in discursive promises of within the revolution: everything; against it, no rights. The ‘leadership’ suspends any intent it may of have of removing its revolutionary clothing, controlling close to 200 artistic institutions and the subsequent production of their work.

In 1989, this organisation was adopted by ‘Projects and Programs’ for cultural development. Then in 1990, the Callejón de Hamel project was started. This coincided with a moment of crisis in which Cuba was left even more isolated from the rest of the world, thanks to the dissolution of the USSR. This initiative, together with El Callejón del Poeta (the poet’s street), La Casa del Niño y la Niña (the boys and girls’ house) and the Taller de Transformación Integral (Workshop for Integral Transformation), among others, supply artistic and recreational options that have been lauded as the reason for a decrease in juvenile delinquency. 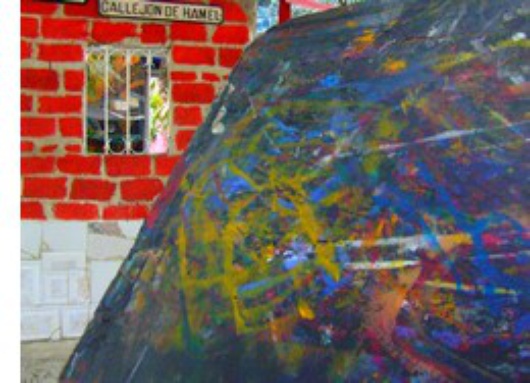 In one corner of the mural, an elderly person relates how from an ancient tale of pirates there was born and formed this tiny artistic paradise: Fernando B. Hamel, famous Franco-Germanic arms trafficker from the end of the nineteenth century, after trying to reach Florida, by chance came upon the northwestern coast of Cuba avoiding the Northern troops in the USA.

Hamel established himself close to the then-modest population of Havana, where, little by little he rose to become a respected and prosperous business man. He established a small foundry and a colony where his workers – mainly from Africa and China – enjoyed comfortable housing, something unusual in that time period. Following the crisis of 1929, Hamel lost everything and disappeared leaving little more of a trace than the memory of him