The story of the Crystal Fighters has long been shrouded in myth, one that the English band has been toying with for the duration of their three album releases. Long believed to be Spanish, this young and successful band are not fazed by the misrepresentation of their identities. They love the Basque and British cultures equally - even after the shock of Brexit...

cafébabel: So tell me, why did everybody think you were Spanish?

Sebastian: I think it was mainly because we are inspired by the Basque Country, and we speak about it so often. Some people even thought we were Argentinian. Poor old journalists...

cafébabel: Even Wikipedia thinks you are Spanish...

Sebastian: Oh wow! I mean, it's true in a way because we do have Basque blood in the band. One of our members, Laure, found a book written by her Spanish grandfather which was a sort of memoire in different languages. This is where we discovered the name Crystal Fighters. Just after Franco, local kids in a nearby town would go into the forest and organise parties, and her grandfather nicknamed them the "Crystal Fighters".

cafébabel: When you released Cave Rave, your second album, you went to the Basque country. What inspiration did you draw from this trip?

Sebastian: We visited a cave called Zugarramurdi. It's quite famous, even the Basque kids go there. It's a very big cave and an important heritage site for the Basque people. It’s integrated in their rituals; either associated with positive or negative things and has become a sort of celebrated part of Basque folklore. The guy who is featured on the cover of our first album Star of Love, Txatxo (which means "giant witch"), walks through the town wearing different outfits. It doesn’t look particularly Spanish because it’s also inspired by French culture, I guess.

cafébabel: And now you’re very attached to this folklore. It has become almost spiritual for you...

Sebastian: Yes, in a way. It doesn’t have so much to do with Christianity, as these traditions get inspired by artisanal and agricultural rituals. For example, some factories used wooden sticks to press apples. As it’s such a tedious job they started making music when using the sticks. It became a game of sorts, and kids used to play it too. Now the Basque Country has adopted it as an instrument called a txalapartas, and we use it in our albums as well as on stage. This is something we learned from Basque culture whilst touring, or from the time that I lived there for six months. It’s a very social way of drumming. You rely on one another to create a beat. It’s quite fun to play as a group.

Sebastian: I’m not too sure, but when we started the band we found a video online where txalapartas were being played. It was interesting for us because we associated (as many other people do) the Basque Country with a strong sense of independence and a slightly negative vibe. It was then that we discovered an amazingly rich culture... and we realised we could expose this whole other side of the Basque Country. In a way I think that’s why they ‘adopted’ us because they appreciated that we, as outsiders, were willing to appreciate their true culture. Of course, there is a political side that has been tainted by terrorism, but there is still a strong preservation of  beautiful culture.  That’s what we are trying to show to the world.

cafébabel: Who was your first European musical crush?

Graham: We love Justice. But I think it was more the 70’s era, bands like Led Zeppelin. Now things have changed, it’s all about minimal techno for me.

Sebastian: I loved all of the 90’s dance music when I was a kid.

cafébabel: How did you end up producing dance music?

Graham: When we started, we were deeply influenced by dance music. At the beginning we only used electronics, and then we added the guitar.

cafébabel: You live in London and wrote a song about the city. Do you still love it, even though it’s becoming more gentrified and clubs are being shut down?

Graham: Can you think of a city that hasn’t experienced gentrification? Maybe London is an extreme case. That’s why everybody moved to Berlin, and why everybody is moving to Lisbon now. Concerning the clubs, they are being closed down because of dealers. But life moves in circles, right? Now we may be living in a bad era of clubs shutting down, but in 10 years maybe there will be a new wave of clubs opening up again.

Sebastian: Nicolaas Jaar has said that even Drake makes house music, so it is difficult to generalise house music as a genre. Even rappers make music for clubs, and the current music scene is different from what it used to be. It used to be DJs making beats and rock bands doing gigs. That was our thing at first: bringing this DJ vibe to gigs, but also bringing the energy of a band to the clubs. 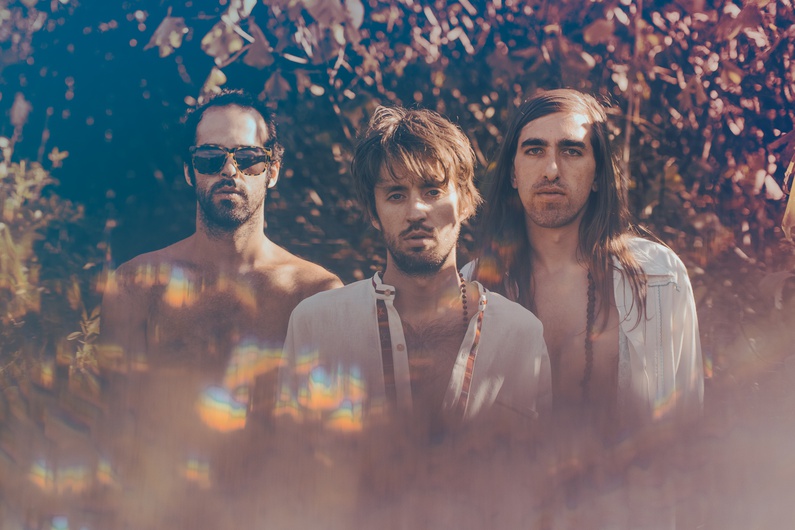 cafébabel: Have you felt the aftershocks of Brexit?

Sebastian: It’s very sad. It was mainly politicians and the media lying to people, making them believe something to be true. Right-wing newspapers like the Sun and the Mirror spewed bullshit about voting in favour of Brexit because if not, people would lose their jobs. In the meantime, immigrants are doing jobs that nobody else wants to, and politicians are making false promises. It was a narrow victory for the wrong side.

Graham: In my mind, the scariest part of it is that it exposes the true mindset of the West, and not just the UK. Look at what’s happening in the States and in Europe. Everybody is starting to become selfish. We obviously see everyone as our family.

cafébabel: Where were you when you found out about Brexit?

Sebastian: I was awake at 5 in the morning working on the record, and that’s when my sister texted to remind me of what was happening. It was shocking.

Graham: I was in London and it was a total shock. Nobody knew what was going to happen, and in the end the majority of voters were around 65 years old. That’s a grey vote. One generation fucked the other.

cafébabel: After Brexit, a lot of people Googled "what is the European Union?" What does the EU mean to you?

Sebastian: Free trade, free movement. No boundaries in this small space. It’s good to fly between cultures and be part of a continent that boasts a rich diversity of cultures and languages. Why should the fate of those benefits fall into the hands of one political party?

cafébabel: As a band, how do envision Europe’s future?

Graham: Right now, we are in serious trouble, and we need a wakeup call.

Sebastian: Politics is the entertainment of a military industrial complex. Even Brexit, will it make that much of a difference? Hopefully not, but people will talk about it for a long time. You know, behind the headlines on Brexit there is all this bullshit in Syria, the deforestation in South America, pollution and the slaughtering of animals...

Graham: Actually, we are more depressed about things that aren’t in the news. The UK is a small island on a huge planet that has much bigger problems.

cafébabel: What could this "wakeup call" be?

Graham: To be honest, it’s complicated. There are some rich people like Bill Gates who are trying to make it happen by putting amazing systems in place. It would be great to have more politicians and governments on board, trying to make a change and be honest with the masses.

Sebastian: We also need to see a change in attitude from corporations. There is a lot of technology that can be used to push us forward positively. But as it is costly, they don’t want to spend money on shutting down old factories and using the system in place to make a change.

cafébabel: Are there individuals that embody a positive future for the Old Continent?

Graham: Musicians like Lady Gaga could be great influences. Justin Bieber, Drake, Beyoncé... They don’t belong to any political parties and have the power to reach many people. These individuals have stronger voices than many politicians and CEOs. They already influence so many people.