The indirect impacts of the economic crisis have reached higher education as well. It is a general tendency to increase tuition fees both in Europe and overseas. University research programmes, which usually do not even contribute to the growth of GDP, are many times stones round the necks of countries with bad economic situation.

Therefore, recession has opened debate about the role and importance of higher education. Do universities make an ivory tower of science or a production line serving the labour market? Does the appearance of consumer culture on campuses lead to an increase in quality or rather to the overturn of the teacher-student relationship? What is higher education about at all and who should pay for it?

'Battle of Ideas', a festival organized annually in London, focused this year on the most vital questions concerning higher education. We had the opportunity to listen to a debate titled 'What is higher education about and who should pay for it?' at the festival’s fellow event organized at the Faculty of Humanities of Eötvös Loránd University on October 17.

Ideally, universities are societies of students and teachers enjoying intellectual and material autonomy. This is what allows institutions – according to the ethos of universities – to be the ‘temples of knowledge’ where the search for truth, research for research’s sake and learning can take place. When schools open up for economic needs, it means the death of universities. This is how the viewpoint of Angus Kennedy, one of the organizers of Battle of Ideas can be summed up. He expressed his views in details during the debate night at ELTE. The above is the classic definition of universities, which nowadays seems to prove false or at least to change. There has been a trend unfolding both in Great Britain and the United States that regards students as consumers of education. This concept was brought to life by the ever-increasing tuition fees, saying that if students pay much for something then they can in turn expect the school to satisfy their needs. However, the penetration of the logic of ‘the customer is always right’ can mean a serious danger to the standard and prestige of universities. 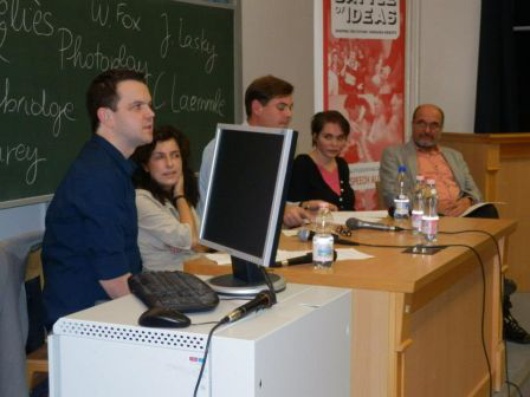 Gábor Bojár, another participant of the debate in Budapest emphasized the beneficial effects of the competition between universities, but opposite opinions were also many in number. In Great Britain, the 2010 Browne Report served as the starting point of the new British higher education act adopted in 2011. The reform solves the financing of higher education by higher tuition fees and simultaneously decreases the subsidies paid to the sector. From September 2012, British universities can charge up to £9,000 (about 3 million HUF) instead of the annual £3,375 (about 1,2 million HUF) of previous years. This financing system entails the notion that British universities and colleges are not paid the subsidies centrally, but rather on the basis of students. To put it simple: only those universities will survive that can satisfy students. This does not sound that bad at first, but the satisfaction of a student rarely depends solely on the actual standard of education. The competition for the favour of students can result in universities consciously decreasing the standard and number of challenges set for students as having satisfied students can secure the material resources needed for survival.

The appearance of student-consumers is a problem in the United States as well. While huge leisure centres and luxurious dormitories are being built, the students grow lazy and the standard of education decreases – lecturer of the University of Ohio and economist Richard Vedder told in an interview given to Radio Kossuth.

The Czech Government wants to solve the financial problems of universities similarly to the British reform. The draft of the new law, which includes the introduction of tuition fees and the opening of higher education to the commercial sphere, has been faced with serious opposition for years on the part of students and lecturers. In February 2011, with regard to the draft, the Czech press was full of reports about events similar to the Hungarian university occupations and student protests. 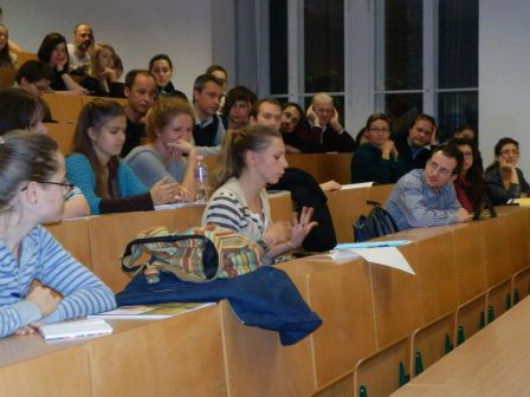 In the light of the above examples, the Hungarian higher education act fits into the international trend. The governments of recession-stricken countries try to decrease the operational costs of the higher education sphere. They try to redefine the role of higher education and want to strengthen its relationship with the needs of the economy. In Great Britain explicit employability conditions have appeared in defining the reason of existence of certain majors and courses. In the Czech Republic, the integration of the commercial sphere serves similar goals as maintaining a direct connection with employers makes it easier to tailor education according to their needs. The Hungarian equivalents of this are the drastic decrease of state subsidies regarding the popular lawyer or economics majors as well as the intensified support of engineering and other majors needed in the labour market. The problem is that these measures regard higher education as a means of recovering from the economic crisis. At the same time, however, the classic idea of universities, which entails the search for truth and learning for learning’s sake, inevitably gets injured. If universities become production lines that supply the labour market with fresh graduates, what will happen to those who learn ancient philosophy or literature? They are not likely to boost the GDP of a country. However, passing on the universal human knowledge is a task that should not be undervalued at all.

The participants of the debate organized at ELTE all agreed that professional knowledge and general intelligence are not contrasting things. Universities can provide students with both, but the solution of economic problems is primarily not the task of higher education.