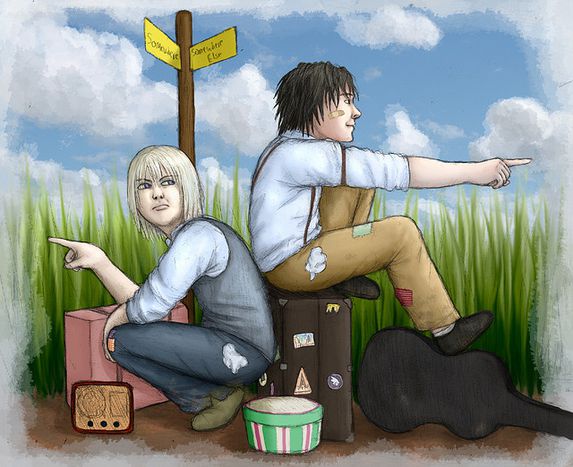 Crisis in Europe: we’re young and we need money

‘Mr. Europe, we need to talk’... What kind of illusions are today’s youth still able to harbour in an era in which the Yalta generation propose debt for younger people and patrimony for older people? Petition

Young Europeans today can count on themselves and future generations inheriting a huge public debt. This won’t be helped by inflationary policies or through monetary and restructuring measures.

Young and loaded with debt

Whether it’s from sensitive urban zones or the heart of companies themselves, many generations of Europeans are going to find themselves at the front with less and less arms to defend themselves with. From unpaid internships to badly-paid jobs young people are asking the key question: ‘Who is going to pay for the debts of today and the investments of tomorrow?’

Why are young people like us elsewhere on the planet able to be creators of wealth – whereas we are reduced to cheap, replaceable workers on the Old Continent? How are we supposed to run our own lives when we can’t even keep a roof over our heads? Every continent can only live on its own capacities of creation and renewal. The turbulence which struck the eurozone can’t only be seen in the budgetary lightness of a generation’s wallets alone. Above all it reveals the total lack of visibility of the future dynamics of development.

The United States channeled almost all of the internet revolution on their own and will soon have a considerable lead when it comes to digital content. Many young European talents will have largely contributed to that! In a similar fashion, we are champions of ecological commitment. Should we leave the leadership of the green revolution to other continents more confident in their future?

We have to ask the generational question at the heart of the European challenge in two parts – through solidarity and investment. A mental trigger is needed and will only come through an utter mobilisation of Europe and thanks to the interaction between the older and younger generations. Time is of the essence. Europe’s youth cannot engage in battle without some way of debt reduction. The clock is ticking, but the energies are there.

‘Mr. Europe, we need you!’ is the official call of the European collective ‘Who’s Going To Pay’ (qui va payer.eu ), co-ordinated by H.Lastenouse, at hl@ferweb.be

Diaby Doucoure (OMJA, the Office of the Youth of Aubervilliers in France)

Mounia HarKati (a politician from Aubervilliers)