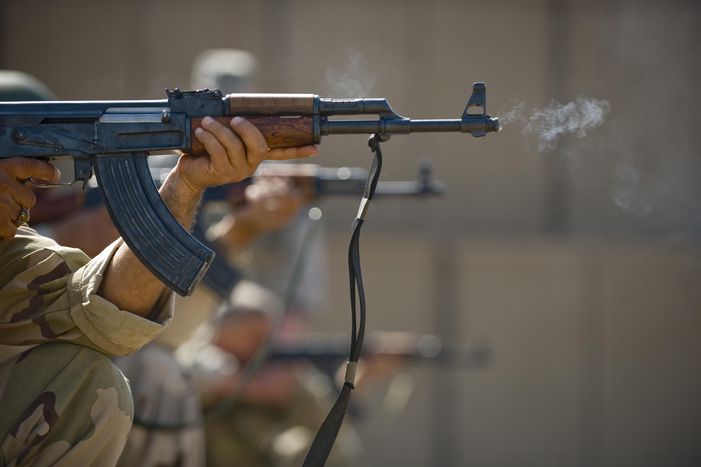 300 mysterious masked gunmen have seized two airports in the Ukrainian Peninsula of Crimea. The situation is hotting up as Russia flexes its military muscles, allegedly fomenting separatist tensions in the Black Sea peninsula with a majority Russian population. The Crimea is a geopolitical timebomb.

The conflict on the Crimean Peninsula is too much even for Russia to deal with, the neutral news magazine Newsweek Polska fears: "Everything points to the situation in the Crimean region rapidly getting out of control. And not because of propaganda from Moscow. Anatoly Mogilev [who resigned as prime minister of the Autonomous Republic of Crimea on Thursday] was formerly minister of the interior under Yanukovych, and is a loyal follower of his. He and his nomenklatura clique in the Party of Regions treat the Crimea as the ex-president's last bastion, fostering nationalist sentiment in the process. But Yanukovych's supporters who are promoting separatism must come as a bit of a surprise for the Russians as well. Because in fact Moscow doesn't want an armed intervention or the international complications that would involve, because they could degenerate into a global conflict. And all Moscow would get in exchange is a rather poor peninsula."

The conflict in Ukraine is starting to resemble the Balkans in view of the tensions on the Crimean peninsula: "Vladimir Putin is not Slobodan Milošević. But the world doesn't seem to be any wiser than it was back then. ... The Ukrainian parliament has revoked the law that guaranteed bilingualism (or the use of Russian) for the minority. So is it any wonder when non-identified armed persons hoist the Russian flag above the Crimean parliament? The West is calling the attack on the parliament in Simferopol dangerous and irresponsible. Yet it kept its fingers crossed for the armed resistance in Maidan. Among the Russians, the feeling is growing that the West doesn't want democracy for all and that it gives the Ukrainians the freedom to do what it won't accept from the Russians. If this conviction takes root in Russian society, Putin will defend the Russians in the 'near abroad' with the same resolve with which Milošević defended the Serbs in the 'Serb areas'."

EU amateurish in its dealings with Putin: De Telegraaf, Netherlands

The European Parliament has called for Ukraine to be given the prospect of joining the EU. Ridiculous, the conservative daily De Telegraaf writes: "In the unrestrained desire for EU enlargement, it appears that many assume the victors in Kiev are committed to European values. But that is by no means certain, seeing as an extreme nationalist movement that is both anti-democratic and anti-Semitic played a key role during the protests. Rabbis have already called on Jewish citizens to leave the country. The MEPs must take a stand on this development. In addition they are ignoring Moscow's strategic interests. Ukraine has long belonged to Russia's sphere of influence, and in any event President Putin views the uprising as the consequence of Western intervention in his back yard. Now the Europeans are confirming this view. When will there be an end to such amateurish behaviour?"

When he took office on Thursday Ukraine's interim prime minister Arseniy Yatsenyuk described his cabinet as being on a "Kamikaze" mission - and he's probably right, the liberal daily Público fears: "He knows he can count on the help of the IMF, the US and the EU, but the means available fall far short of what Ukraine actually needs. The danger of insolvency is real, and the government is forced to take drastic and unpopular measures. ... At the same time the separatist protests in the Crimea region demonstrate that Moscow has begun to mobilise the pro-Russian population in Ukraine to put Kiev under pressure. Ukraine's future is fraught with risks and Yatsenyuk's fragile interim government will have great difficulty bringing the situation under control. A crisis of unforeseeable dimensions is building up on Europe's eastern border."