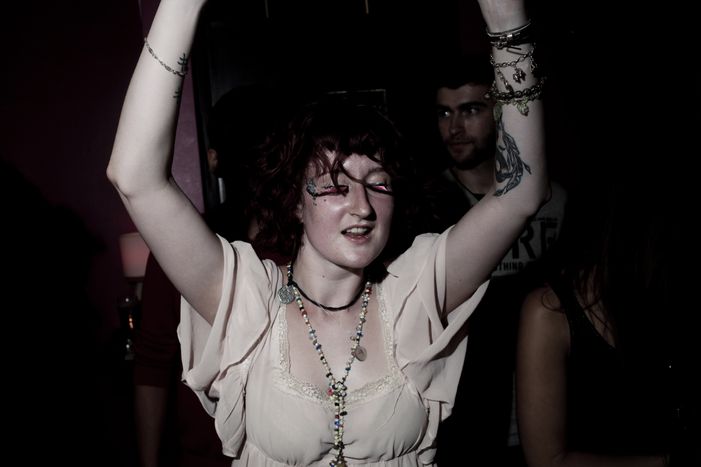 Creatures of the night in Sarajevo (17 images)

Discovering Sarajevo for the first time is about being divided, looking for something, being stopped in your tracks surprised, before moving on again. By night, a certain wind of no return emphasises this feeling by day. You walk in its wake between the little buildings in the centre of the city, and in little corners everywhere, discover that the city's citizens still haven't gone to bed yet. It feels timely and untimely as the density of this party mood varies from bar to moment of the night. The experience is fragmented every night until the surprise of the summer's dawn breaks, for Italian photographer Alfredo Chiarappa at least

This photo-gallery is part of cafebabel.com’s 2011-2012 feature focus on the Balkans, Orient Express Reporter 2, a project co-funded by the European Commission and with the support of Allianz Kulturstiftung. Many thanks to cafebabel Sarajevo; you can join the facebook group here