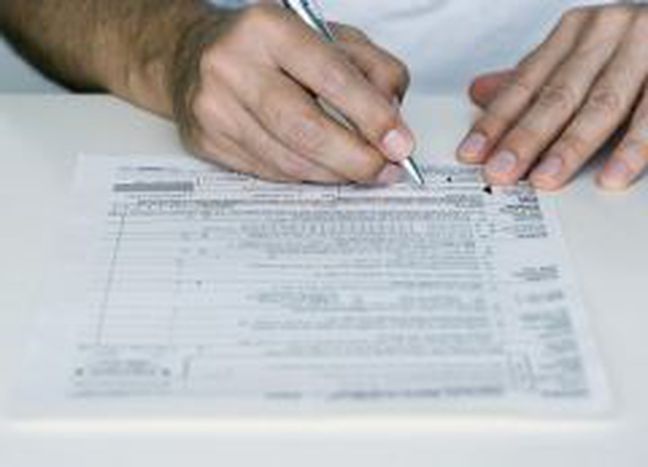 France and Germany – along with other countries – have recently used the current Euro crisis to put increasing pressure on Ireland to raise its famous 12,5% rate on corporate profits. Every now and then, there are voices calling for corporate tax harmonisation throughout Europe so as to avoid unfair tax competition.

The case for such move rests in the characteristics of multinational companies which can locate their profits in countries with most attractive tax rate (though there are many constraints, such as transfer pricing rules). This, so is argued, introduces a race-to-the-bottom on corporate tax rates and depresses fiscal revenues, inducing a higher fiscal burden on usual tax payers.

However, according to the latest available data, there is little evidence of an existing correlation between nominal tax rates and fiscal revenues. 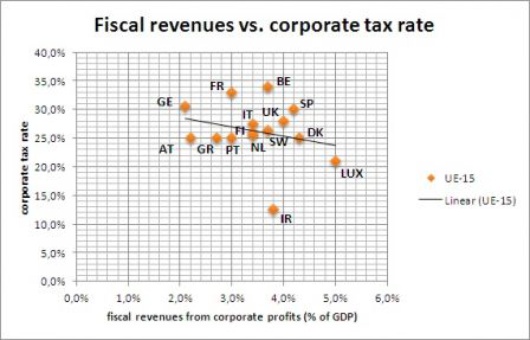 Looking at these statistics, one could hardly argue France or Germany loose significant fiscal revenues while Ireland gets the lion’s share, or vice-versa.

Tax competition is actually much more than differences in nominal rates while fiscal revenues from corporate profits depend also from a great deal of other factors. Several studies have shown corporate profits remaining stable despite declining tax rates due to corporatisation of economic activities (i.e. shift from personal to corporate taxes). Lowering corporate tax could even raise fiscal revenues from companies as more people will use them as a fiscal vehicle for their professional activities. Before stealing tax revenues from their neighbours, Member States steal out of their left pocket to put it into the right one.

As for (unfair) tax competition, nominal tax rates are hardly a relevant indicator. Special regimes and deductions from the tax basis are common practices in most countries so that nominal tax rates do not reflect the actual tax burden. For example, recent calculations show that Belgium – a country with one of the highest nominal rate – has an effective taxation of just above 17%, half its nominal figure.

In this context, the European Commission’s proposal to progressively harmonise corporate tax base – the Common Consolidated Corporate Tax Base – throughout Europe is a step in the right direction, not least because it will reduce red tape and compliance costs for companies. Let’s stop vociferate over unfair taxation and beggar-thy-neighbour policies as long as we don’t even know what countries consider being corporate profits. Equality without transparency is just wishful thinking.