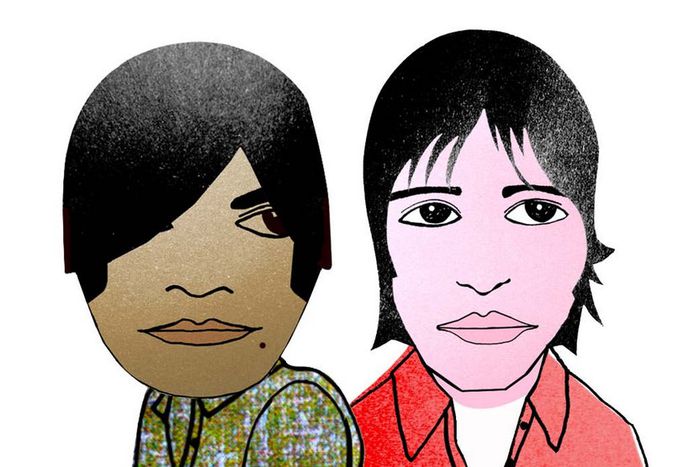 Cornershop: 'musicians might as well hand their credit cards over to the man on the street'

Northern English indie band Cornershop give us a talking to about Swiss minarets, metal music and releasing their comeback album - it's been seven years! - cheaply via their website

'We want the EU to crack down on some of the metal music we’ve heard on tour,' remarks Tjinder Singh in a dead-pan tone, relaxing in the lounge of La Maroquinerie, Paris. Is there any metal band in particular the lead vocalist of Cornershop has in mind? 'Anything informed by Metallica,' he says sagely, 'anything even slightly informed by Metallica is shit.' This British foursome can’t be accused of musical monotony. Since they formed in Leicester over seventeen years ago, they have concocted a unique melange of indie, electronic, funk and Asian sounds that has ensured their continuing popularity. From 1997's iconic single Brimful of Asha, which made them a household name in Britain, to the 2008 Nike advertisement that featured their track Candyman, Cornershop has constantly maintained a contemporary spin. 'Every time we make a track, we try to make our next track different; to approach each new song with a fresh view,' Tjinder explains. 'We’ve survived a long time not because of our name or our image, but because our music is always changing with the times... whereas metal is just metal.' 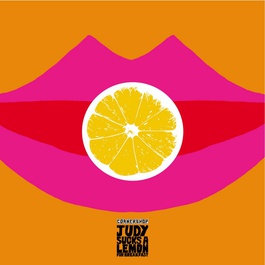 Released this summer, Judy Sucks a Lemon For Breakfast is the band’s first album in seven years. After taking some time out to spend with their families, record at their own pace and generally enjoy life, they came back to a changing music industry with the benefit of hindsight. Instead of signing up with a big name company, the band released the album independently via their website. 'We took a broad look at the industry today. It just didn’t seem to make sense,' adds guitarist Ben Ayres. 'Companies want ownership over what you do, and a big share of the profits. They often end up getting you into debt instead of making you money. It’s about keeping control of what you do.' The pop scene, they aren’t afraid to say, has gone downhill since they first formed. 'When we were playing back in the nineties there were so many different elements to the popular music scene. Now there are only a few basic categories: white indie guitar music or black R&B. Things like X-Factor have had a terrible effect on the way people look at music, it represents the marriage of sales and television-marketing that pop has become. If you’re the winner then you go to the top of the charts, every time, as simple as that. It’s all the same formula - massive explosion equals lots of profit.' Keeping up their originality and embracing the digital download revolution has clearly payed off - the album has received rave reviews since its summer release, with the Observer music monthly declaring that 'after 17 years of agitation and innovation Cornershop are still one of England’s greatest bands.'

By offering their album for a reasonable price (£7.99 or 8.83 euros) to download direct from the artist themselves, Cornershop feel that they are helping in the creation of a new and responsible download culture that allows for internet file-sharing but ensures that third parties don’t benefit while artists lose out. 'We’ve had hundreds of thousands of illegal downloads,' Ben says. 'One file-share address alone had something like 147, 000 hits. That represents a huge loss for us. Piracy can be great to get new bands noticed, but if it keeps going, musicians might as well hand their credit cards over to the man on the street.' On recent EU measures to tackle copyright theft, Tjinder is sceptical. 'A lot of governments feel that it’s not their problem,' he says, 'and try to ignore it. As well as trying to prevent the crimes, they must realise that a new culture needs to be developed to allow for new attitudes to digital music.'

A few days ago, the band were in Switzerland. 'Our favourite venue has got to be in Fribourg. We played in a venue called Le Fri-son. Everyone was so welcoming, and they cooked us up a tremendous meal too. Not everywhere we go is like that.' They were playing in Switzerland when the controversial referendum to ban minarets was passed then. What did they think of that? 'It surprises me,” says Ben, looking confounded. 'I think of Switzerland as a relatively liberal country, in fact it seems to lead the way for a lot of other countries.' Tjinder blames the outcome on a more global political climate. 'There’s been a lot of right-wing business going on in the last few years, not just in Switzerland but in England too. Since the UK is tangled up in a war, and with a world recession, it was inevitable that these feelings would come out. We see ourselves (Cornershop) very much as the opposite of that sentiment. We certainly don’t shrink from expressing our political standpoints. We really believe that music should be used as a mouthpiece to get a political voice heard, and encourage people to do the same.' After almost twenty years of musical innovation, what does the future hold for Cornershop now that they’re back in the rat race? 'We really don’t have the foggiest,' they laugh. 'We’re going to go with the flow. As long as we keep enjoying it, we’ll keep doing what we’re doing.' Another 17 years then? The guys don’t answer, but their cheeky smiles hint that they’d like nothing more.