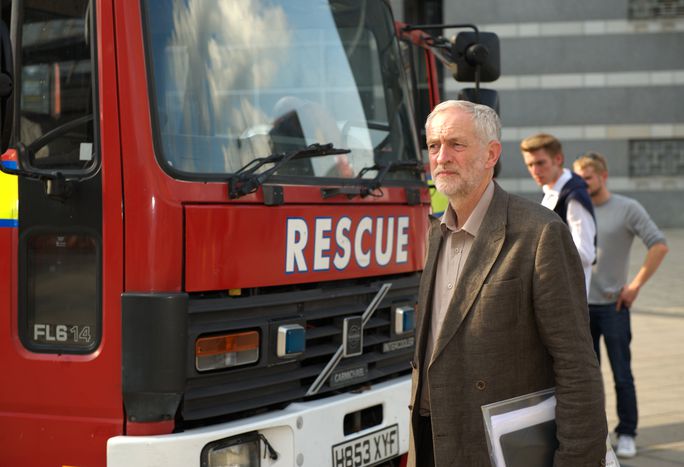 [OPINION] British Labour party has a new leader. Corbyn, 66, has been a Member of the Parliament for Islington North since 1983. His election has already spread a big dose of controversy amongst the British media due to Corbyn’s reactionary nature as well as to media’s invasive stamp.

Corbyn, who had submitted his candidature two minutes before the ballot close, was naturally not even expected to win the dispute within the Labour party. However, he has surprisingly managed to win the electorate of more than a quarter of million voters, with nearly 60% of the votes in a stunning first-round victory. This result has even dwindled Tony Blair’s performance in 1994 elections, with Blairite candidate Liz Kendall reaching the absurd electorate of 4,5%.

This is a political outcome of historic magnitude in the UK. We are talking about a major transformation within the Labour party, where for the first time in decades an obstinate socialist is the Leader of the Opposition. With a title “Quasi-Communist Corbyn” Robert Colvile wrote in POLITICO that "if Corbyn becomes leader, the Labour Party will move from its traditional position to the right of Germany’s SPD or France’s Socialists to a stance closer to Syriza of Greece or Podemos of Spain". The austerity imposed in Europe, following the systemic crisis, has consequently unleashed a surge in leftist movements across the EU and Jeremy Corbyn has already made History by pushing the most unexpected Conservative country to form such a supportive left-mass in the political spectrum. Corbyn is one of the most unexpected winners of the party leadership in British politics, after persuading Labour affiliates and supporters that the party needed to step away from the New Labour age of Blair and Gordon Brown.

Following his victory, Corbyn shared some words with his fellow supporters while giving some action points to his future implementing policy. “Our party has changed, we have grown enormously because of the hope of so many ordinary people. They are fed up with the inequality and injustice,” said Corbyn. The new leader acknowledge politics stopped being attractive for youngsters due to its corrosive and dishonored nature, while showing a fierce will to change people’s mentality when it comes to politics. The new lefty leader has also thanked and praised many of his colleagues, including Harriet Harman for her determination in fighting for women’s rights as well as Ed Miliband, on his commitment towards the preservation of the environment and all the work done as Labour leader.

But now Corbyn has a whopping challenge ahead, and every British citizen capable of proper reasoning must perceive it. An aggressive monopolised media and a belligerent Conservative propaganda. What a nightmare. The new leader has to face a merciless Conservative party seizing every possible mistakes, inaccuracies and imprecisions from the Labour side. The Tories seem like a spider in its web, ready to attack the prey when the slightest flaw shows up. The flyer released by the Tories on the same day of Corbyn’s elections is a realistic picture on how the Conservatives are trying to attack and demolish a promising Labour leadership. They accused Corbyn of being a threat to national security after a statement where Corbyn describes Hezbollah and Hamas as “friends”. Unsurprisingly, afterwards Channel 4 News, though publicly owned, largely commercially self-founded, has similarly attempted to intimidate Corbyn on this subject. The new leader explained the context of this “polemic” episode, saying “what I did, was speaking in a meeting, asking to all people involved in the Middle East issue to come together and be able to have a discussion and a debate,” he said.  “You are not prepared to discuss the whole issue of the Middle East. You are not prepared for the wider question,” Corbyn added, while being interrupted several times by the journalist Krishnan Guru-Murthy, who was blindly focused on the vocable “friends”. Everything must be put into perspective. What about Israel and the US foreign policy? Silent organised groups dressed up in fancy suits that should be accountable for the countless crimes that they have committed and still do. Yet, questions like Corbyn’s opposition to having nuclear defence as well as national anthem “disloyalty” were also reason for an overwhelming turmoil throughout the mainstream media.

Nigel Farage has also added fuel to the flames, accusing Corbyn of so swiftly changing his mind while in such a short time in power as Labour leader. At stake is, naturally, the negotiation of UK membership in the EU. Back in June, the Huffington Post wrote that Corbyn was considering to campaign for Britain to leave the EU. But Corbyn has never admittedly expressed his drive to abandon the Union and the Huffington Post has reached its own conclusions through Corbyn’s suggestions (“the veteran leftwinger suggested”). Contrarily to this statement, last week The Guardian has published Corbyn’s final stance towards EU membership, assuming his commitment to keep the UK in the Union. “We will make the case that membership of the European Union helps Britain to create jobs, secure growth, encourage investment and tackle the issues that cross borders – like climate change, terrorism, tax havens and the current refugee crisis,” assumed Corbyn. Also, interviewed by the BBC, Corbyn admitted not seeing a position where he, as Labour leader, "would campaign to leave the EU because I think we are going to be working with Trade Unions and social groups all across Europe as well as social groups in this [UK] country". 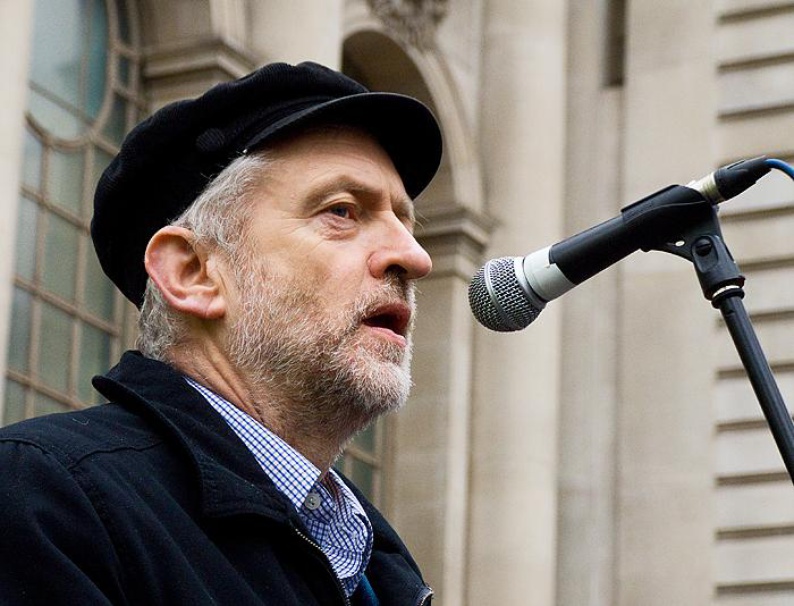 Back in 1984, a Conservative MP, Terry Dicks, verbally attacked Corbyn for wearing a sweater knitted by his mother. When interviewed by BBC on this matter, Corbyn (which for some reason is called Robin by the reporter) modestly replies that "it’s not a fashion parade, it’s not a gentlemen’s club, it’s is not a banker’s institute. It’s a place where the people are represented." This episode not only highlights Corbyn’s integrity as it displays the Conservative’s superfluous approach and mentality. Luckily, with the fast pace of the network we are now able to easily revive the past. A picture from the 80’s comparing what Corbyn and Cameron were doing at the time has gone viral, and even though almost 30 years have passed since then, we have the chance of witnessing Corbyn’s commitment and determination towards the less fortunate segment of the society. Another interesting relic, in 1990, Corbyn addressing Margaret Thatcher following the PM questions in the House of the Commons.

As a matter of fact, Corbyn’s parents were peace campaigners who met during the Spanish Civil War. Not surprisingly Corbyn himself turned out to be known as a peace activist, a backbench rebel that stands up for what he believes in. Corbyn admittedly manifested his support for the way refugees should and must be treated in the UK. For the new leader, it was a big mistake that Britain did not join the EU refugee programme in the past, as he considers that the UK has responsibilities like every other country under the Geneva Convention. When interviewed by Jon Snow in his first major TV interview, Corbyn pledged for a social and inclusive Europe, only possible within the EU.  Despite the importance of free market for the European economy, Corbyn believes that greater importance must be given to issues such as social and environmental protection.

In fact, Labour’s environmental manifesto focuses mainly on questions such as climate change and an “energy revolution”. Labour “stands for a different Britain that would play a leading role internationally – committed to cutting a fair share of carbon emissions and driving international support for a fossil-fuel-free future.” Being a truly leftist, Corbyn is opposed to austerity measures and believes that taxing the wealthy is part of the solution to boost the economy. When it comes to education, Corbyn’s ideal is to create a National Education Service, the equivalent of the NHS. He wants to discard tuition fees and reestablish student maintenance grants. As for immigration, the new leader was very explicit showing his will to cooperate with the flow of migrants reaching Europe every day. Regarding welfare in the UK, “we are one of the richest countries in the world and there is absolutely no reason why anyone should have to live in poverty,” Corbyn’s words. Naturally, healthcare is connected to welfare, in the broadest sense of the question, and Corbyn has promised a fully funded NHS, integrated with social care, with an end to privatisation in health. His website states that the “principle of universal healthcare which is free at the point of use is something that we all deserve and should be absolutely protected.”

With Jeremy Corbyn, the UK has shaped politics more than ever. What the future may bring is still unknown but the British Labour party has never had such a radical leader as Corbyn. The epidemic surge of extreme left parties across the EU has surprisingly hit Britain in its splendor. The route will be difficult and trapped though. A severe and biased media, powerful weapon towards the uninformed sector of the population, is awaiting, thirsty to spread misinformation. By doing so, the mainstream media is cloaking a remarkable fact in the British History, a fact that must not go unnoticed. A new cycle has clearly begun and the Labour Conference, first with Corbyn in power, from the 27th to 30th of September, will certainly define and organize the internal structure of the party.  Nevertheless, not everything will be a bed of roses as Corbyn was already criticized by the woman he praised - Harriet Hartman – for not appointing women to the top jobs in the shadow cabinet.  This urged the support from more senior women within the party. External opinions following the first day of the Conference count with Thomas Piketty, who said, “There is now a brilliant opportunity for the Labour party to construct a fresh and new political economy which will expose austerity for the failure it has been in the UK and Europe.”

I don’t know Jeremy Corbyn, but compared to most of the politicians out there representing the citizens, I believe Corbyn has the commitment towards his people and wants to make the difference in the UK. Of course, we all know that a man with power can easily change his behavior and quickly redefine his goals, but the future is yet to be seen. We might well be surprised with some future papers’ headlines or some episode pulled out from the bottom of the cradle about the new Labour leader - as we can’t control the mainstream media - but we ought to show him some respect for his humble being and human essence and wait to see if he is up to the duty he is meant to.