Conversations from the Calais Jungle

Volunteering isn't all about giving away your worldly posessions, or building orphanages on the other side of the globe. Sometimes, it can be as simple as having a chat.

Commonly known as “The Jungle”, the refugee camp in Calais is currently home to about 7,300 people from Africa, Asia and the Middle East, who are trying to make the short but perilous journey across the English Channel to find work in the UK. After hearing so many of their stories in the news, 23 year-old Adela, a student in Sheffield, decided last June that she wanted to do something to help.

“I didn't really know how I was going to go out there,” she admits. “Obviously I couldn't just wander into a refugee camp on my own… I found this organisation called Care4Calais, which works out of a warehouse about 15 minutes’ drive from the Jungle.”

Adela in Sheffield, and in volunteering at Care4Calais. Move the slider to see each image.

With all the hostels in the area full, Adela ended up spending six days in a nearby campsite – though it seems the owners were less than happy about the Jungle’s existence. “We weren't allowed to tell anyone what we were doing there. About a year ago some of the long-term volunteers were staying there; when the owners found out why they were there, they were kicked off the site.”

Adela’s volunteering work was split into two main tasks. The mornings were spent organising the mountain of donated clothes. The afternoons were devoted to either holding art and English lessons in the Jungle, or handing out packages of clothing and food to those who needed them. The sheer number of donations surprised her: “They get so many high-quality donations, everyone in the camp is walking around in brand-new Nike trainers and tracksuits.”

In fact, the items that Care4Calais rejected would often be sent on to other parts of the world. “I found it weird, because this stuff had already travelled a fair distance to Calais and then people would have to pay more to send it on to Syria or, in some cases, back to England to some of the national charities."

Of course, unlike many refugee camps, the Jungle is first and foremost a halfway house. For people who’ve travelled enormous differences to arrive in Calais, the finish line in England must feel maddeningly close.

“There was one man who I met on my last day there. I asked him ‘What do you do when you're not coming to these English lessons?’ He said, ‘I wake up in the morning, I try and get over the fence, and the police stop me. After lunch I go back to try and get over the fence, the police stop me and I go back to the camp. And then in the evening I try again. Three times a day, every day I've been here, I go to the fence and try to get through, to get to England.’ It was so sad, because he was obviously so resolved, but even if he does get to England, it's likely he'll get caught over there and sent back.” 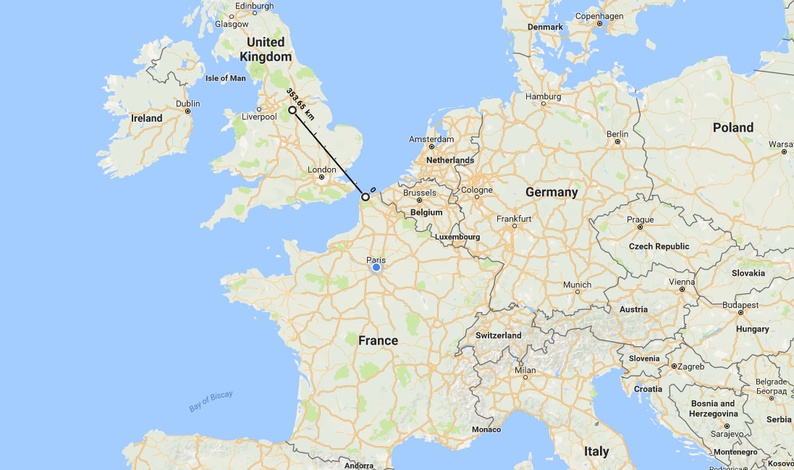 This article is part of our series on The Other Side of Summer: shining a light on young people who've sacrificed their holidays to help others.