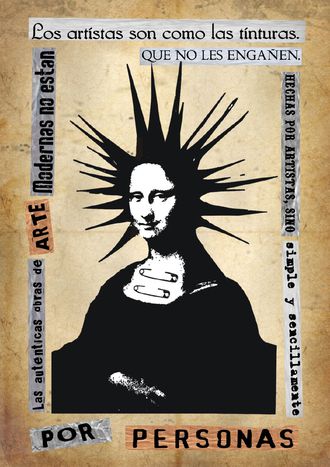 Marginalisation, precarity - in any case, women are 'poorer' than men. But the ladies from this French troupe use art, not negativity, in their official response to Europe's designated 'year of poverty and social exclusion'

It was Sylvie Denisse who first saw the advert for the European year for combating poverty and social exclusion in 2009. 'My entourage immediately tried to dissuade me from doing anything remotely connected to Europe,' the Conciliabules association coordinator explains. 'It was too much bureaucracy for such a small association.' But Denisse went ahead and took the risk. Her association, founded in 1997, is small in terms of size and audience, but represents a rather unique project of its kind. 'It's not a mission which was cooked up in the head of some government agent; it comes from the roots,' she explains. The roots in this case are the former and current residents of the lodging and re-integration centres ('Centres d’Hébergement et de Réinsertion Sociale femmes-enfants', CHRS) of the Rhône department, which is in the south-east of France and of which Lyon is chef-lieu. 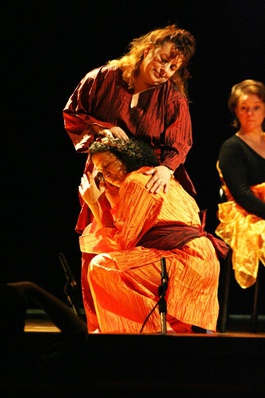 Without going into the details of each of these women's backgrounds, it's clear that they are in a situation of poverty of social exclusion: many raise their children alone, others have been victims of domestic violence...we'll stop there, because Conciliabules is everything but an 'office of tears'. Originally, the association provided the women with an opportunity to participate in art workshops. Transformed by the experience, the actors insisted on performing in all of the lodging centres for women and children. For thirteen years now, Conciliabules has used its semi-professional, semi-amateur creations as tools against poverty and social exclusion in the local cultural landscape, as well as using art to promote a certain fulfilment of women suffering precarity.

When it came to devoting a year to fighting poverty and social exclusion, Europe had to emphasise the growing feminisation of the theme. The European women's lobby (LEF) has figures to illustrate every aspect of their inclusion, from part-time work, single-parent families, inactivity, unequal salaries...They're all phenomenons which double up as poverty traps, and number one victims tend to be Europe's women. 'Women find themselves amongst the groups most at risk of falling into poverty or experiencing social exclusion and in the majority of cases, men are statistically far behind with the same problems,' the LEF precises.

'We're not in the victimisation game'

Lobbyists aside, Conciliabules chose to take a different angle of attack: 'We don't communicate about violence suffered by women or about the precarity which confronts them: we're not in the victimisation game. We want everyone to know about the cultural wealth of these women who are living in the highest levels of precarity.' There's work to do! When the troupe performed Clair de Terre in hommage to the Lyonnais anthropologist François Laplantine, the latter responded positively: 'I didn't expect anything half as good.' Above all, the frontier between the amateurs and professionals is the spirits. 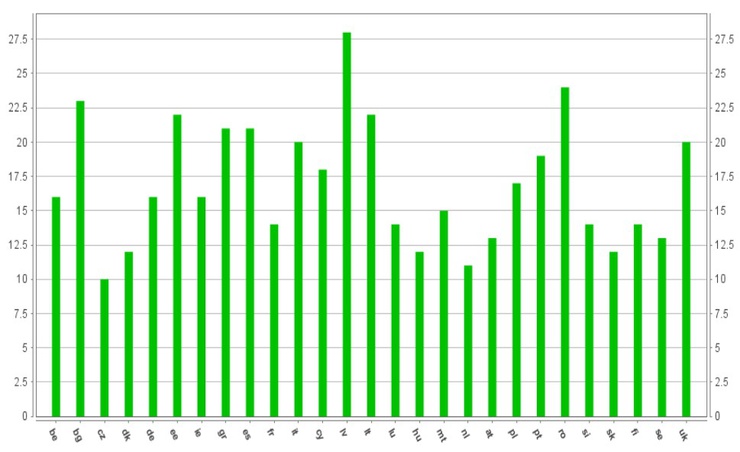 And if it's 'good' despite everything that these performers have endured, it's most notably thanks to the presence of professional artists such as director Helen Ginier-Gillet, who has worked with Conciliabules since 2007, the narrator Martine Caillat or plastic artists Anne-Marie Naudin or Katy Ollif who run the workshops. In the spirit of democratic participation, the projects wouldn't even exist were it not for the personal motivation of the women, since they manage to draw beyond their everyday problems. You can see the fruits. When Clair de terre was shown in 2004, charmed audience members of a Belgian maternity hospital invited the women to perform in the city of Ath, The theme of precarity is also a source of artistic inspiration. One exposition called The Chairs ('Les chaises') plays on the idea of creating something beautiful out of waste, 'like the women who show that they too, despite having been discarded of sorts, could transcend that and socially exist in beauty again.' 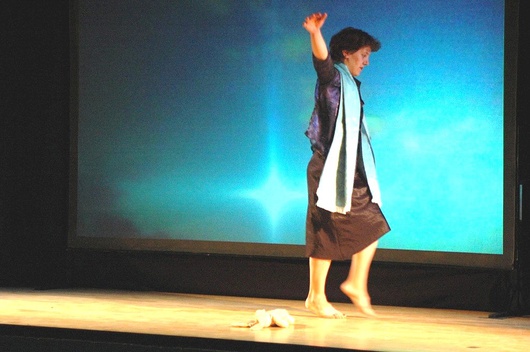 Viewed from afar, the European year of fighting poverty and social exclusion is a blessing for the Conciliabules. The promised 150, 000 euros should serve to finance a 'singing book' which will summarise the last thirteen years of artistic creation of the women living in the six corresponding lodging centres. There will be presentations of the Décollages ('Lift Off') exposition and the Bulles d’Elles ('Feminine Bubbles') show, which they are currently working on.

For now though, it's still April 2010 and one email aside, the association still hasn't heard anything. 30% of the total should come through in June, and the rest eventually. Deep down, Sylvie had an inkling of that. And despite the fact that the production manager criticised the hypocrisy of creating a European year against poverty and social exclusion on the one hand, and that 'we continue to promote policies which make these forms of exclusion happen,' she isn't less grateful. 'This initiative is great to get known. By the way, would you know of a European editor in your network who'd be interested in our work?' The amateurs are here to stay.