Combating anti-Roma stereotypes: What responsability for the journalist community? 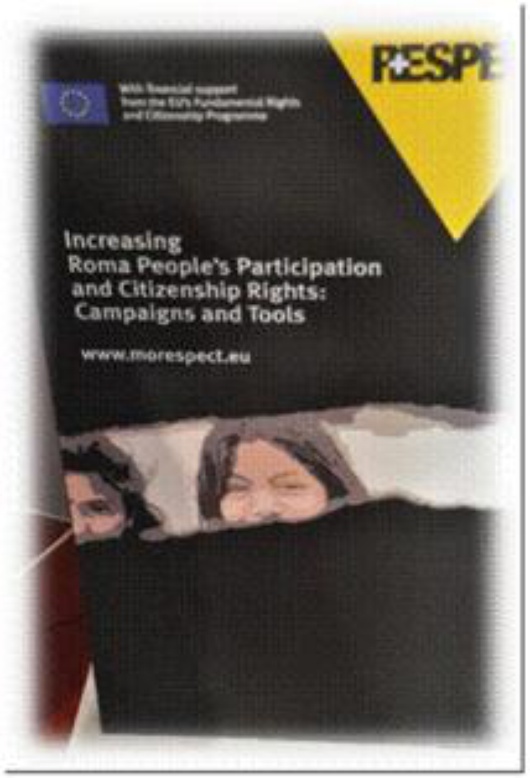 “Child trafficking”, “gangs of child pickpockets”, “network of prostitution and human trafficking”, are too often the type of activities associated with Roma people by Europe’s conventional media. These representations hammered down by mainstream media over the last few years were already criticized in 2000 by the Committee on the Elimination of Racial Discrimination as “a factor promoting racism” and an “attack against the dignity of the Roma”.  As part of a series of 4 conferences, the project +RESPECT held a seminar in Brussels titled “Combating anti-Roma stereotypes and prejudices through mass media” to discuss how to combat Roma’s widespread misrepresentations in Europe with Roma-related actors. An occasion for Cafebabel to glimpse into the complex and tough reality of Europe’s oldest, largest and most discriminated ethnic group.

Initiated in 2008, +RESPECT is one of the most ambitious and innovative project for Roma’s greater integration at the European level. According to Salvatore Petronella, project coordinator for +RESPECT, The goals are clear and the issues to solve straightforward: Achieving integration entails, among other challenges, the reduction of illiteracy and unemployment as well as fighting against the political marginalisation of Roma people.

While the project’s goals may sound commonsensical, the +RESPECT project stands out when it comes to the plan to tackle them. As stated by S. Petronella, sustainable integration is a two-way process: Focused on the grassroots level, +RESPECT provides the framework and resources for Roma communities, local populations and authorities to work hands-in-hands to shape a long lasting common livelihood. Unlike conventional integration policy where people are passive recipients of public subsidies, +RESPECT actively engages the concerned groups in the construction of their common future.

Clearly, this unusual locally-bound people-based approach is the angular stone from which +RESPECT becomes meaningful at a European space. As a bottom-up project, +RESPECT aims at generating general guidelines from the outcome of the local experiences they have initiated. Not restrictive, these guidelines will foster the development and implementation of similar people-based integrative frameworks for other communities in other contexts throughout Europe.

Yet, as stressed upon by S. Petronella, integration does not merely boils down to tackling Roma’s most pressing basic needs.

In S. Petronella’s view, widespread anti-Roma stereotypes need to be addressed too as it constitutes a major impediment to successful integration. How to “combat” this underlying transparent barrier to integration?  That’s what +RESPECT intended to find out together with several Roma-related NGO activists, journalists and institutional actors from all over Europe during last Wednesday’s seminar.

In no time, Journalists were unanimously pinned down as the main actor in mass-generating stereotypical representations of Roma people.  As Cathie Burton, spokesperson for the Council of Europe and member of SIRS project on Roma, asserted “journalists have a great responsibility in discriminating Roma”.

For some, like C. Burton and Adelina Chalmer from the UK-based NGO MENTER, journalists are not bound to produce negative representations but are mainly impaired in their approach of Roma people because of both issues of accessibility and mainstream media’s low-interest for society’s margins. Either way, both C. Burton and A. Chalmer depicted journalists as needing a hand.

The goal is clear: “Let your voice be heard” as stated by Marta Pinto from the European Roma Information Office (ERIO).When facing Journalist’s wrong doings, the best way is to be proactive. In that respect, one can, as promoted by the council of Europe/SRIS, accompany the journalist to meet the Roma communities. Enabling to re-establish trust and mutual understanding these meetings have resulted in the publications of more positive and accurate articles about Roma people in top-end national newspapers according to C. Burton.

“If journalist can’t do it, you can make the change”: Becoming active communication expert contributes a great deal to positively shift one’s public representation. This DIY approach has shown some successes as demonstrated by A.Chalmer. Drawing from her UK experience, she proudly showed how the local Roma communities obtain positive local and national media coverage by becoming communication experts and associating themselves with local public figures. Taking over the journalist’s work is also what has inspired the ERIO to develop a media activist guidebook summing up in a few pages how to counter media stereotypical reports, establish relationships with local media or successfully deliver positive press articles.

However these tales of success may hardly make a change when mainstream media shows a systemic tendency towards the dissemination of Anti-Roma representations.

Luxembourg-based NGO Chachipe Asbl adopted a pro-active approach to media wrong-doing regarding Roma community. As retold byKarin Waringo, Chachipe engaged in a legal dispute with the BBC for over a year to obtain the withdrawal of a 2009 documentary titled “Gipsy Child Thieves” which the NGO has shown to be inaccurate and intolerably prejudicial to the Roma community. Not only were their two complaints dismissed, but Chachipe witnessed the documentary being unanimously praised. “Gipsy child thieves” was later distributed in 26 countries worldwide while the journalists were awarded by their peers whom considered their work to be “an example of truly excellent TV story”.

This feeling of powerlessness against a trade working in impunity with respect to discriminatory discourses was shared by Koen Geurts from NGO Foyer, in Brussels.  Despite well-planned, firmly backed up, neat communication practices, Foyer struggled to see their messages getting across without exaggerated and unethical editorial distortions.

In that respect, combating anti-Roma perceptions is indistinguishable from the need to build a critique of the practices, discourses and widespread pre-notions about Roma people of mainstream journalism. S.Petronella hinted at this broader issue by tentatively introducing the concept of “ethical journalism” and the need to identify media “good practices”. However, nor the concepts of “ethical” and “good” were clearly defined neither the methodologies to achieve such goals were laid out.

Brussel’s 1st event on Anti-Roma stereotypes may have triggered a European wide enthusiastic impetus to tackle issues of misrepresentation of Roma people. While this unprecedented initiative may be well saluted, last week’s seminar also brought to light the sheer complexity of the work lying ahead to eventually see Roma’s public representation being restored.