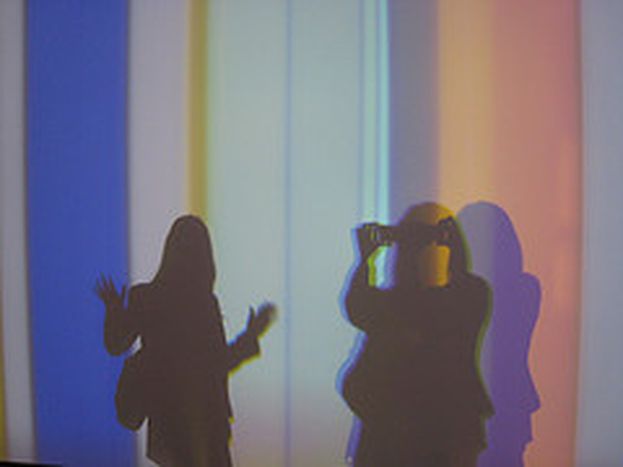 You may think there is a difference between the colour of grass and the colour of the sky because in English, we use two distinct colour words: ‘blue’ and ‘green’. Most languages, however, use only one word to describe both things. Does this mean language determines our perception of colour?

In Welsh, blue cannot exist without green. The word gwyrdd is a general term for green. However, the word glas can accommodate all shades of green (including blue). This is why glaswellt, the Welsh word for grass, literally translates as 'blue straw'. Welsh is what’s called a ‘grue language’, or a language that uses a single word to simultaneously describe the hue of blue and green. In fact, since most of the 5 - 6,000 or so languages in existence today are spoken by 2, 000 or fewer people, we can say that most languages are grue languages.

Does language create our perception of colour? Or does our perception of colour bring about different colour terms? One scientific explanation claims that ethnic groups living in mountainous or equatorial areas will tend to speak grue languages because the stronger UV radiation yellows the eye and worsens the ability to perceive short wavelengths. Colour words may just be a reflection of what the human eye sees.

Some languages have different words for what English speakers perceive as one single colour. Hungarian and Turkish have two different words for dark red and light red (vörös and piros, kırmızı and al). Other languages have different basic words for darker and lighter shades of blue: Russian has siniy and goluboy, Italian has azzuro and blu and Greek has ble and ghalazio. For these speakers, the two colours are like pink and red to us. In colour-perception tests conducted over the years, Russian speakers were faster at distinguishing certain shades of blue than English speakers, which leads us to believe that perhaps language does indeed alter our perception of colour. According to American linguist Dan Everett, there are languages that have no words for colour. Pirahã, spoken by an Amazonian tribe, uses descriptive phrases to describe colour, and might say ‘This looks like blood’ for red.