Colonialism: is anyone innocent?

A colonial past and historical guilt might create an obligation for development cooperation today. But what about European countries like Poland who have been colonised but who have their own skeletons in the closet? 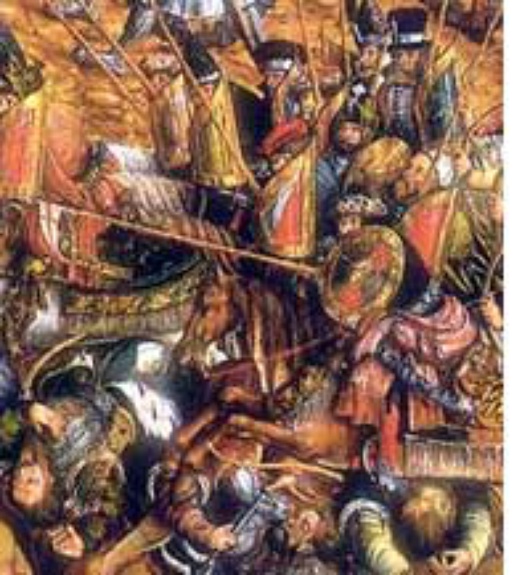 I remember when I was in India, people on the streets would shout after me “English, English!”. It was useless explaining to them that I’m Polish; for them all Europeans are the same. I often found myself listening to tirades against colonialism, but my interlocutors found it hard to understand that over the last two hundreds years, Polish history has been more like that of one of colonies than the colonising empires.

An obligation to help

The ‘bad guys’ of colonialism were Britain, France, Germany and other European powers. They filled their pockets and their museums with stolen goods from the colonies, and they find themselves confronted with allegations of atrocities today. For them, development cooperation is not only a pragmatic means to stabilise regions in order to keep the peace in Europe, but also a historical responsibility. But how about the new EU member states? In my history classes I did not learn about the Polish colonial past. For Poles, the Third World’s poverty is something very distant and, apart from a humanitarian (some claim Christian) obligation to help, we don’t see any moral or historical reason to provide development assistance. It is assumed that Poles had nothing to do with exploiting colonies, thus we don’t have any moral responsibility for the postcolonial states’ poverty: the Central and Eastern European countries are ‘innocent’.

Or so I thought. How surprised I was to read what the The Weekly Mirror, a Liberian newspaper, published in 1936: “And now Poland, which until 1914 was a colonial territory of three different countries and which was allowed to fulfil American president Wilson's rule of self-determination, needs colonies not in Europe but in Africa. (...) A former servant (…) wants to become a master in an African country.” This was the Liberian reaction to the Polish settlements started in Africa in 1934. Angered by the article, the Polish consul in Liberia asked Warsaw for directives “in case these squalid overindulgences [anti-Polish newspaper articles] of local pseudo-civilized and pseudo-democratic Niggers are repeated.” Warsaw demanded an end to the anti-Polish campaign, but in response we were told that in Liberia no one could restrict freedom of speech. Eventually Polish pioneers had to depart, just as a few years earlier we were forced to leave Angola, a place described as highly suitable for Polish settlement in a letter of a Polish expedition: “In Angola (…) ‘white man’ doesn't do any physical work. Niggers do it.” However, Polish plans to buy Angola were opposed by the Portuguese, and the Poles were forced to abandon the country.

Madagascar as a potential precursor to Israel

The idea of a Polish overseas empire was indeed very vivid during the inter-war period. For example, the Maritime and Colony League, which aimed to turn Poland into a colonial power, claimed that Poland ought to acquire 10% of the former German colonies. In 1937 a 10 year colonial agenda was compiled. It included systematic propaganda and scholarships for scientists interested in colonising, as well as credits and guarantees for those who were ready to take the risk and move out to Africa. Colonies were meant to be a panacea for all problems, including the Jewish one. In 1936 our government came to the conclusion that the only effective and ultimate solution to Polish-Jewish tensions was sending the Jews to Madagascar and making the island a new Palestine. Madagascar, however, was then a French colony and shortly after talks with French government had begun, Paris was buzzing with an anti-Polish campaign: newspapers were full of 'Madagascar a Polish colony? Never' and 'We don't want Polish Jews' - we failed again. Yet even increasing tensions and the threat of war in 1939 didn’t wake Poland up from the colonial dream. Warsaw asked embassies in Washington and London to find out which parts of Antarctica were still unoccupied and thus could become Polish. Soon, war broke out and roles changed again - Poland had to fight in order not to become somebody else’s colony.

Though it would be impossible to put British colonial crimes and Poland’s unsuccessful colonial attempts on a par, it is inappropriate to deny that we also tried to take advantage of weaker countries. The difference between Poles and nations with significant colonial pasts is not a moral one. Poland tried to obtain colonies as well - we just failed. Today’s global disparity evolved due to the behaviour of Europeans in the last centuries and, as a result, all Europeans share the historical responsibility for today’s condition of the planet. However, development cooperation shouldn’t be motivated exclusively by historical guilt, but by a sense of sharing and supporting each other. Nevertheless, we mustn’t forget about the moral aspect of our common colonial past.