Cloning: do the ends justify the means?

Looking at a new frontier in transplant techniques: the pros and cons of an innovation which is generating considerable unease… 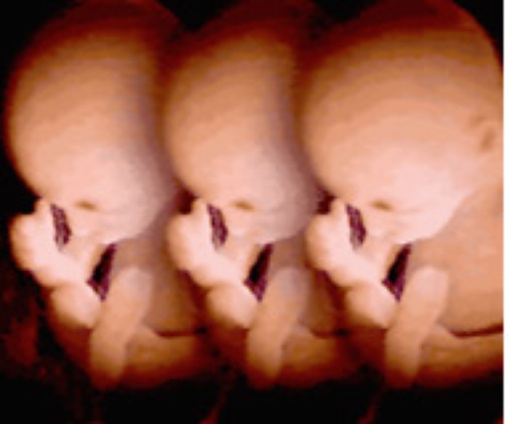 Among the latest advances in the scientific world, the one most talked about must surely be cloning for therapeutic purposes. This is a revolutionary cloning method that can be used to treat degenerative diseases such as Parkinson’s, myasthenia (a muscle-wasting disorder) and diabetes. Therapeutic cloning is at the heart of various political disputes, for example that of Bush and Kerry in the recent American Presidential campaign, as well as causing controversy in the scientific community itself.

Therapeutic cloning is based on the production of embryonic clones in the pre-fertilised stage (blastocysts) from which the inner cells are extracted to form enucleated cells, that is to say cells which can develop into any type of material or organ if exposed to the right conditions. Such a technique anticipates that the nucleus from a somatic (living) cell of a patient can be combined in a test-tube with a donor egg (gamete) stripped of its original nucleus. Hence it forms a cell containing an exact DNA copy of the patient, that is to say genetically identical. The egg’s cytoplasm then provides the environment and the stimulus for a “reprogramming” of the clone’s nucleus: the genes determining the living characteristics of the original tissue become “silenced” in favour of these embryonic characteristics that induce foetal development, from which the stem cells necessary for treatment are taken later on. The stem cells are then artificially induced to develop into the organic matter desired.

An end to waiting for donors

This procedure offers the huge advantage of being able to offer transplants which, unlike conventional ones, the body does not reject: the transplant tissue, since it originates from a clone taken from the patient themselves, is not rejected as a foreign body by the immune system and is not attacked, as previously it might have been. This is the real revolution of therapeutic cloning. This can bring an end to the inevitable side-effects of post-transplant treatments, for example chemotherapy, which make use of immune-suppressors (fundamental in preventing immediate rejection) and exposes patients to high levels of toxic substances. Moreover, the lowering of the immune system’s defences leaves the way open for susceptibility to infectious illnesses or parasites. And this is not the only advantage. In practice, every patient could become his own donor, and so each one of us would have at our disposition an endless supply of organic material “ready for use”, thereby avoiding the long waiting lists that often put patients at risk.

Therapeutic cloning does, however, have several limitations and risks. The fact that the nucleus is taken from an adult organism can lead to the development of anomalies, such as premature aging or tumours, which manifest themselves only when the transplant has been carried out. Adult cells already have many divisions and therefore the number of anomalies is greater than those of a “newborn” cell. Anomalies can also occur as a result of test-tube cultivation of stem cells: handling in the laboratory can be a source of stress for the cell and damage its DNA, increasing the risk of the genetic alteration of a cell, and therefore of tumours.

Up until now, cloning has mostly been used to create tissue and cells. The development of organs envisages complicated and costly procedures that today are still difficult to implement. Moreover, therapeutic cloning requires a large number of egg donations which means subjecting female volunteers to intense - and let’s not forget dangerous - hormonal treatments, as well as involving a high consumption of embryonic cells that could be assigned to other medical areas.

And the scientific community? It’s split down the middle…

The world of science is split over whether they are for or against therapeutic cloning. Some believe that cloning is the only possible source of stem cells capable of producing useful embryonic cells, one of the most promising techniques for the cure of debilitative wasting diseases, and that to place a ban on its use could deprive many ill people of their only hope for recovery. Others, while not completely adverse to it, maintain that strict controls are needed to avoid improper use of a technique which is still in its experimental stages and that no research laboratory is yet in a position to do so. Also, there is still very little known about the mechanisms which govern the development of certain cellular forms and such a gap in our knowledge could lead to a huge and pointless waste of human resources.

In reality, therapeutic cloning is not the only path that research has opened up to improve transplant procedure. Scientists are currently in the process of experimenting with other sources of cells from adult tissues, such as bone marrow. Another alternative would be to develop the embryonic material needed straight from gametes, bypassing the embryo-formation stage; a method which would be in keeping with every ethical standard required in medical research. Also, the development of the immune system’s tolerance to other people’s tissue is subject to studies, in order to find out how the transplanted tissue might avoid rejection. Consequently, every donated organ might, through suitable treatments, become compatible with any patient whatsoever.

As you can see from these brief examples, cloning really does present us with a complicated picture studded with several question marks. On the one hand there’s the promise of a cure that could provide a remedy for many illnesses afflicting modern society; but on the other hand there’s the sacrifice of potential human lives. The risk is great: the task of the various bioethical committees is to evaluate whether in this case the ends justify the means, bearing in mind that therapeutic cloning is not the only option.