Climate Change fever: without a World Environmental Communitty temperature will go up!

By Joan-Marc Simon, Secretary General of the Union of European Federalists

As the economic downturn and the swine flu dominate the pages of newspapers a lot more important issue, for it affects our long term survival in this planet, disappears from the media: the fight against climate change.

In December will take place in Copenhagen the next United Nations Framework Convention on Climate Change (UNFCCC) in which the new rules and targets will be laid to replace the Kyoto protocol. The Kyoto treaty was based on 5 principles: commitment to reduce greenhouse gases, implementation measures, minimization of impact in developing countries –via adaptation fund-, accounting reporting and review and compliance. 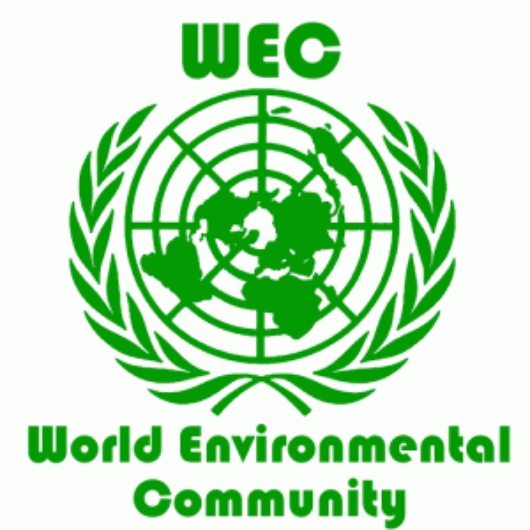 A decade later evidence shows that worldwide emissions have increased by 38% and even though the EU15 did a good job in stabilizing the emissions the increase of emissions in China (+150%), India (+103%) or the US (+20%) among many others has caused the emissions to grow.

Hence, the Kyoto protocol, albeit its concretion in what needs to be done is failing to deliver what it was designed to do. And what is worst, we are not learning. The relative failure of Kyoto can be due to either the wrong setting of objectives or to the inadequacy of the tools used to meet the objectives. I believe the objectives, although sometimes arbitrary and not scientifical enough, are not the problem. The instruments we use are clearly failing.

The weakest point of Kyoto, same as any international treaty, is its implementation and enforceability. Who does what, how, and who monitors that job is done properly and has the power to sanction it when this is not the case. The EU offers a good example about implementation and compliance: whilst cooperation has proven its inability to deliver, integration has clearly been the key to success. Once something is agreed among the 27, implementation takes place –at European, national or regional level- and enforceability is monitored and the European Court of Justice can sanction the non-complying member states. This effective system of supranational governance descends from the European Coal and Steel Community, where the 6 founding states decided to put under a supranational democratic rule what they considered was a public good, and which had been the cause of disputes and wars over the years. From this milestone the successful story of European integration unfolded.

The EU is the most successful example in the history of supranational governance for it has had the capacity to deliver. Yet, the virtues of the model have not been followed by other supranational structures. Kyoto has had a very weak mechanism of enforcement; a feeble Compliance Committee has been deciding on who was following the commitments. For instance: Greece was excluded of the Kyoto protocol in 2008 due to unfulfilled commitment of creating mechanisms of monitoring and controlling emissions and reporting false data. Excluding countries from the protocol is not the way to guarantee enforcement; it is just a declaration of impotence to manage the system.

Environment is a common public good for humankind; pollution doesn’t stop at the borders and can’t be fought with weapons yet it has the potential to exterminate us. It is therefore high time to get organized to fight climate change effectively and this can only be done with the right tools. Never before we have known so much about the threat before us. Yet, knowledge is a mighty two-faced tool for it gives us the false impression that we control the situation: We know what is happening, we know what we need to do and hence we might think that we can solve it. But we can’t.

Whatever objectives the world community sets for itself in Copenhagen, they can only be met if we manage to set up an institutional structure where global interest is put before the national interests. This world institutional setting that we could call “World Environmental Community” would treat environment as a global public good and would have a “High Authority” which would care only about the global interest. The national interests could be represented in intergovernmental meetings such as UNFCCC or in a more formalized body. However, the “High Authority” should be supervised by a body not representing the states but the global interest and the members of which could be elected or appointed by the states. The system would need of a Court of Justice able to guarantee the enforcement of the decisions. Such a structure would create the space and the tools where global taxation could be developed –if needed- and properly managed in a democratic and transparent manner.

What stays on the way? Mainly the will of the our elected governments who have to decide what is the best way to defend the national interest: by not letting go in the short term and putting our survival in danger in the mid term or by ceding a bit of sovereignty in the short term to be able to have a long term at all.

Also, Environmental NGOs should look at broader picture and along with world emissions targets; ask for a governance deal that empowers the treaty to deliver.

History shows that humans always learn the hard-way. Sane decisions tend to take place after disasters such as WWII.

Would we be the first generation to anticipate and prevent the disaster?

The world has climate change fever and temperature keeps going up. We have all the symptoms to get pneumonia soon and we continue to stay alone in the cold.

This article is also published on Joan Marc Simon's Blog