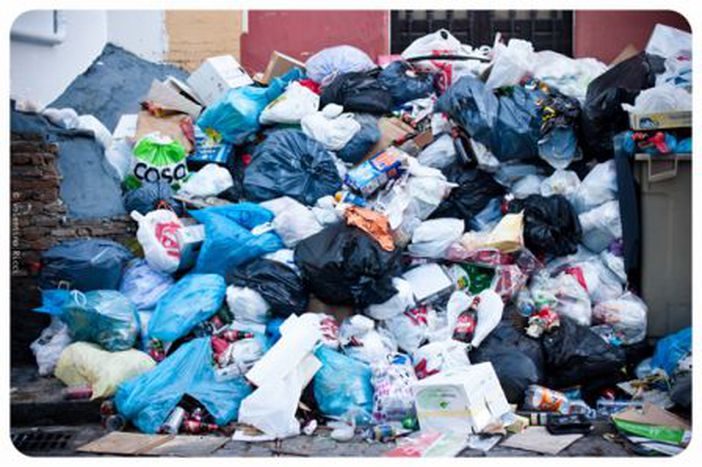 Many scholars say that history, excepting some fluctuations which are to be expected, always maintains throughout the centuries a linear vector, towards Humanity’s progress and it’s civilization’s improvement.

Thus, according to this theory, circumstantial crisis, war, isolated revolutions and regressions would be just cathartic moments in history, which would contribute to the society’s progress, raising the levels of equality and development. Science, technology, health, solidarity, nutrition, or improvement of the governmental structures would be to experiment, following this linear vector, a constant increase throughout the centuries. 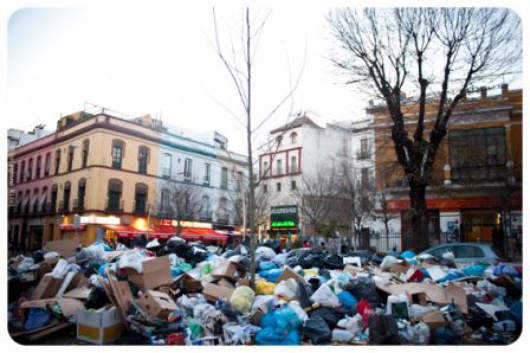 However, now we might be entering a new historical period: there’s evidence more than enough that history is no longer a vector moving forward, but two vectors confronting each other, one of them facing progress, the other an obvious regression. The pictures of this report talk by themselves. 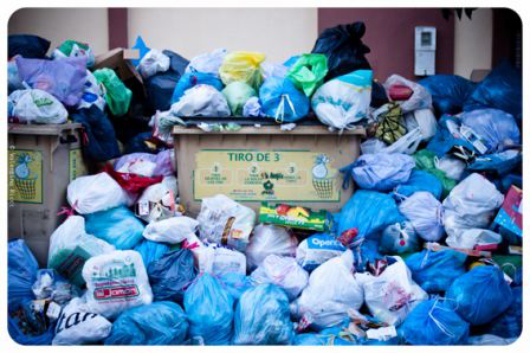 The mountains of trash that have accumulated at the Alameda de Hércules are more, so much more, than a photographic report of a labor dispute among the City Council and the company responsible for the city’s cleaning service. It’s society who’s buried under the weight of waste. Not society if we take it just as a collective of individuals, but understood as a harmonic whole, based on solidarity among its members. On the contrary, over the mountains of waste it’s globalization who is domineering, along with blunt capitalism and with the death of welfare state and public services. 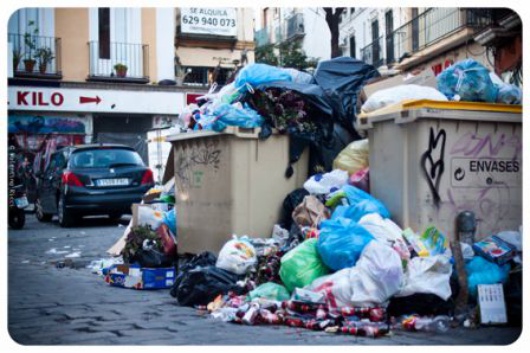 Don’t think about who had the right on his side this time. Try to keep away from the daily press and the strike’s specific incidents, and even lay aside for a while your private likes and dislikes. Was the lack of solidarity to keep roaming freely everywhere, was our society to sink even deeper in the crisis it’s suffering –not only economic but of principles-, the day wouldn’t be far in which no solution for the dispute would be at hand. No one will take care of us when we’re sick. No one will educate our children. No one will collect our garbage. No one, unless we have, as individuals, money enough to pay for it out of our own pockets. 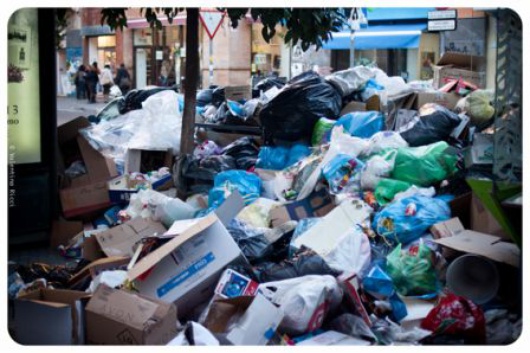 But, at the same time, we will be instantly connected to the rest of our suffering human companions, thanks to our smartphones, our tablets and our digital cameras. In real time we will be able to retweet, share on Facebook or send to our mailing list any possible information.

Our streets, on which beggars will wander along with our kids without schooling, will be flooded with waste and stagnant waters, offering an excellent breeding ground for epidemics we believed belonged to the past. 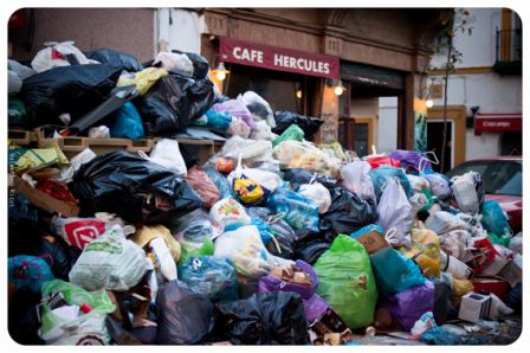 Tweets like this wouldn’t be absurd, therefore: “@leondesanmarcos retwitted: hundred people more infected at Alameda. RT? #bubonicplague” Or something like “Vale Wale, Elena Urbina and 5 others like your state: the waste mountain in Rioja Sreet reaches the forth floor. Pitbull-sized rats have been seen. Share on your walls.” 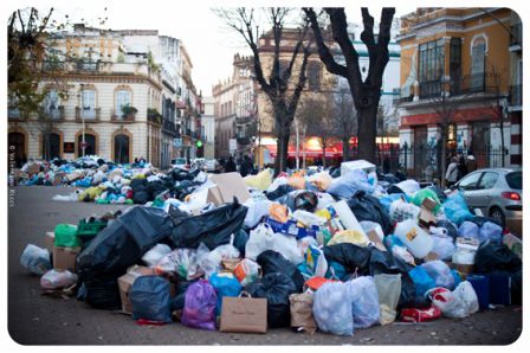 Social services wouldn’t exist, but of course we wouldn’t lack forms to exchange information, facts, complaints, jokes, blog analysis and press news. A never-ending information exchange followed by an indestructible passivity. We wouldn’t be citizens any longer, but witnesses and spokespersons of our own lack of citizenship. Of our decay. 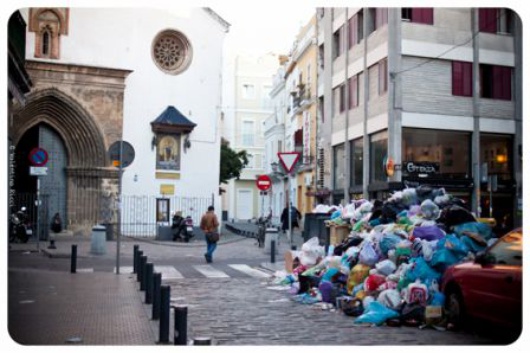 In the meanwhile, both historical vectors will continue advancing, confronting each other and breaking the little social fabric left. All the social and humanitarian progress developed in the last three milleniums will vanish, but technology will be improved until we become some kind of savages with Tablet and I-Phone.

We never disposed of such an amount of information. At the same time, we’ve never been as passive as nowadays. 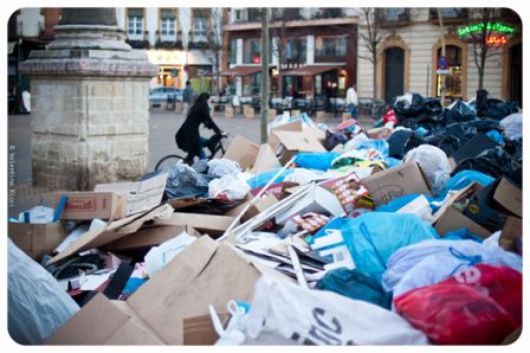 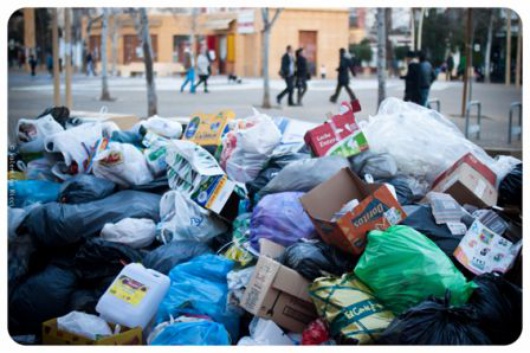 If we want history to advance on one vector alone, the one of progress, solidarity and democracy, we should abandon our roles as simple spectators and spokespersons and become the actors of public life.

No one is going to do it instead of us.