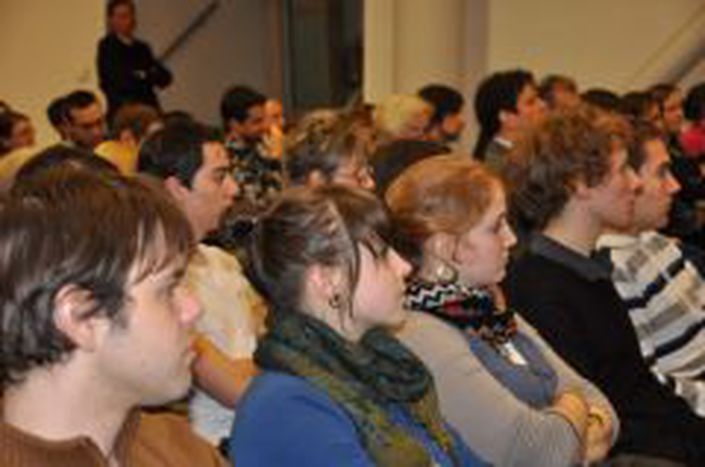 Challenges and opportunities for the European youth : a review of the first Babel Wien debate

Babel Wien called, and about 100 people came! - The first event, jointly organized by the Information Office of the European Parliament in Austria, the representation of the European Commission and the local team of Café Babel in Vienna, was a great success.

On March 17th the event hall of the "Haus der Europäischen Union" in Vienna's first district was the venue for a panel discussion on the topic "Kein Job, keine Perpektive? - Europäische Jugend in der Krise" (“No Job, No Perspectives? – European Youth in the Crisis”) and it couldn't have been more suitable.

After months of careful preparation and sleepless nights, Babel Wien presented the Vienna session of the "EU Crisis on the Ground" series, an EU-funded project granted to Babel International, the umbrella association of the Café Babel network in Europe.

The moderator and the speakers 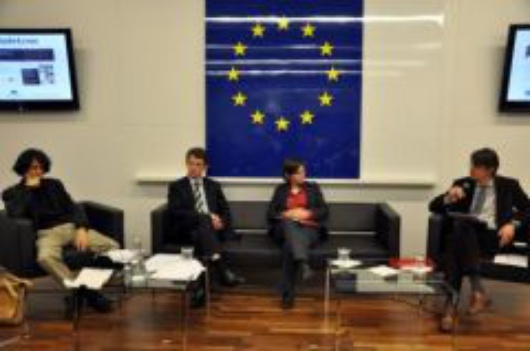 The speakers invited for the panel discussion represented a trio of expert views on one of the most burning issues for young people all around Europe: • Marc Fähndrich, deputy head of the representation of the European Commission in Vienna; • Ernst Gesslbauer, head of the National Agency for Lifelong Learning • Werner Tittelbach, scientist and philosopher working in the fields of youth and work concepts and price winner of the initiative "Ideas against Poverty"

Ingrid Brodnig, a young journalist from the Austrian culture and current affairs weekly "Der Falter", moderated the debate, which, in the end, succeeded in stretching over the planned time due to both the intensive debate and the enthusiastic response of the audience. 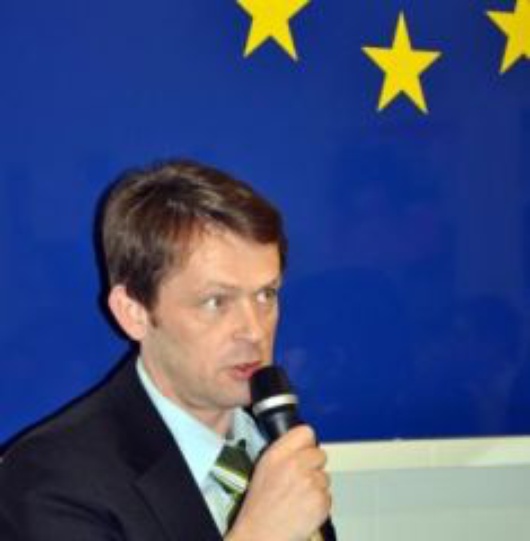 In his introductory remarks, Marc Fähndrich offered the audience a broad overview of the state of youth unemployment in Europe and pointed out the dramatic situation in some countries, for example Spain with a youth unemployment rate around 44%. For him, this demonstrates how foremost young people are hit by the current economic and financial crisis. He emphasized the Commission's plan to combat this development and promoted the new strategy "Europe 2020", which EC President José Manuel Barroso presented a few days ago. 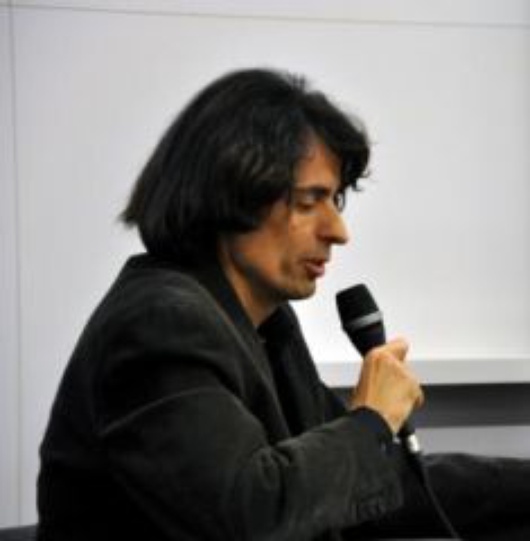 In his opening statement Werner Tittelbach pointed out the fact that the present problems with youth unemployment have existed for over 20 years. However, the current crisis makes things more and more precarious, and reveals how governments have neglected the issue for too long. He saw the scarcity of available jobs people can make a living on as a fundamental concern and called for new concepts and models of how to distribute and share work between people more evenly. To him, it appeared these issues are becoming even more severe than they have been previously. 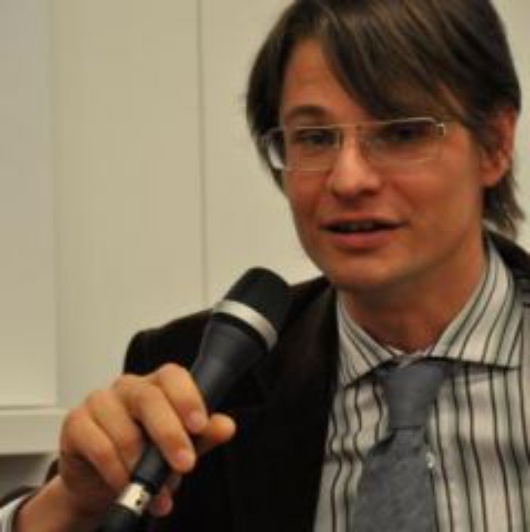 Ernst Gesslbauer, on the other hand, emphasized the importance of informing young people about possible future occupations and arousing their interest in different job profiles and educational possibilities while still in school. He stated that Austria is well behind most European countries when it comes to providing qualified educational counselling for young people.

The following discussion tackled some of the most burning issues for young people when thinking about their future working life. Ernst Tittelbach described the evolution of the job market for young people with black humour when he said that we have moved from "Generation: Golf" to “Generation: Internship" and are entering now "Generation: Unemployed".

The so called "inflation of educational degrees" was an issue as well as the changing work environment, taking into account that the world market is becoming increasingly competitive among more and more countries. The pressures of constant globalization have to be answered in a way that allows the European people to keep their standard of living while enabling other countries to achieve the same prosperity simultaneously. 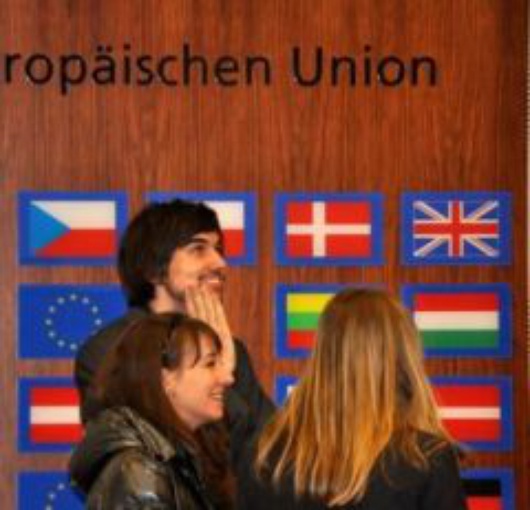 In their final remarks, the speakers emphasized that young people should take advantage of every opportunity to gain experience in various fields and areas of interest in order to choose an occupation that suits their individual personality. In addition, a flexible and international approach towards employment locations and hours seems to be an essential feature of the work environment of the future.

The first event of Babel Wien came to a close with many audience remarks, and was topped off with a fabulous buffet afterwards, sponsored by the host, the "Haus der Europäischen Union". We would like to thank everybody who contributed to this event and therefore made it possible, especially the team from the "Haus der Europäischen Union" and our wonderful speakers and moderator!

The local Team of Café Babel in Vienna