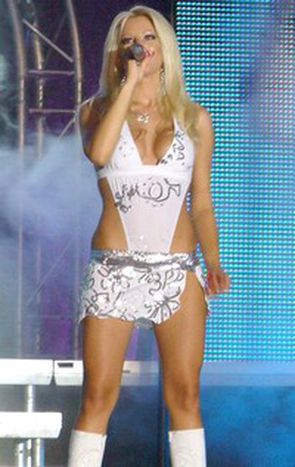 Chalga folkpop: 'forget yourself in our rhythm'

Arabian disco, gypsy rock and house music boom from buses, taxis and radios throughout Bulgaria. But the knives are out

In front of Sofia’s Levski Stadium, a few portly old women are selling fatty little meatballs from a makeshift grill at 25 cents a go. Throngs of visitors descend on the venue from every angle; from young people to young families, soldiers to students, all united in one aim: to lose themselves in the thrill of a Chalga concert. 1 Euro 50 buys you the privilege of an evening with ten provocatively-dressed singers, for two and a half hours of spirited dancing.

'We Bulgarians like to wind down with home-brewed Slivovitz Schnaps, tomato salad and Chalga,' explains 29-year-old bus driver Evgeni Ivanov. Forget Berlin's ultra-minimalist techno scene or Paris's fanfare-musette; the ethnic pop genre is tailored to Sofia's younger generation. You'll find a typical Chalga fan immersing themselves in the music of choice after a hard day’s work, often wearing themselves out on a weekend in one of the numerous 'folkotheques.'

Music producers often take memorable melodies from the Balkan area, to which clearly accentuated rhythms and simple beats are added. Add simple lyrics into the pot along with a cast of predominantly female artists in provocative clothing and you have all the ingredients for an extremely palatable folkpop stew.

The term Chalga originates from the Turkish word 'calgi,' meaning an instrument or music creation. Over time, the meaning of the term has undergone several changes. 100 years ago, Bulgarians understood the term to denote the instrumental music of gypsy orchestras, whilst under Communism, Chalga held connotations of worthless kitschness. After the fall of the Iron Curtain in 1989, Chalga came to signify the most successful musical genre in Bulgaria.

Chalga music has long since enveloped the whole of Bulgarian society. From the nouveau riche to politicians, gymnasts to hotel workers, many Bulgarians enjoy the Chalga experience. In May 2006, market research agency Alpha Research placed Chalga radio station, Vesselina, as the second most popular station in the Eastern European state. In addition, more than one quarter of Bulgarians are familiar with the specialist Chalga broadcasters Diema and Planeta TV.

Estimates place the proportion of the Bulgarian population who can name at least one Chalga hit at 80%. The Mediana agency claims 87% of Bulgarian schoolchildren are familiar with the tune 'Let’s go to the Bar around the Corner' by Ivana. In contrast, only around 63% knew Bulgaria’s most famous poem 'Hadschi Dimita' by the national bard Hristo Botev.

However, not all Bulgarians share the national enthusiasm. 'This folkpop neither comes from the people nor is written for the people,' counters Vassil Naydenov, one of Bulgaria’s most popular singers. 'This music gives huge gains to very few and manipulates popular taste through media and advertising.'

Critics are solely in the ranks of rock singers and music researchers. Many Bulgarians who left after the fall of Communism and are now returning to their homeland know nothing of the newest music trend. David Penkov, a 40-year-old computer scientist from Plovdiv states, is one of the people who turn their noses up at the 'shameful level' on which the genre is deemed to operate. 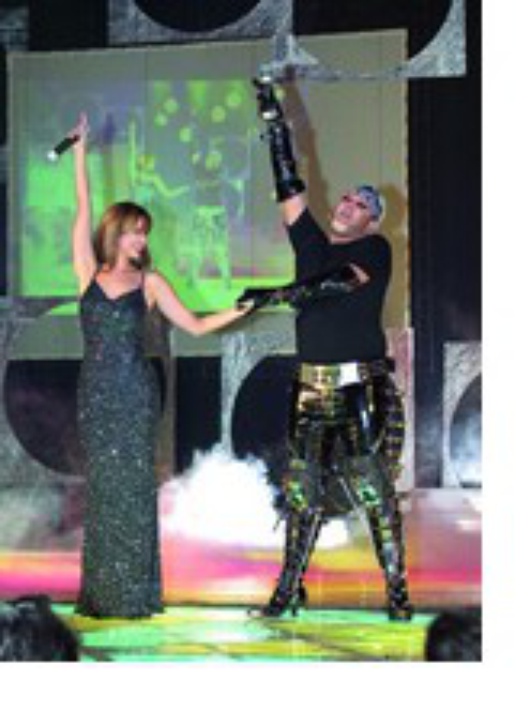 He remembers how Bulgaran music was once well known for its quality. 'The song 'Izlel je Delyo Hagdutin’ by Valya Balkanska was played to the Space Station Voyager in 1977 as message to the Universe,' says Penkov. 'On this basis, has Bulgaria really earned the horrendous genre that is Chalga?'

Gergana, Malina and Gloria are just some of current Chalga stars of today. Their half-naked appearances are just as important as their attractive voices, and it’s not unheard of that such stars find themselves under the plastic surgeon’s knife or laden with hair extensions.

Their lyrics often centre around luxurious lifestyles, parties and beautiful women. The lyrical vocabulary often encompasses just 100 words, a limitation which often adds to Chalga’s success. Many songs sound primitive and suggestive, sometimes even pornographic, such as the song 'Naked' by Roma transvestite Azis which contains the lyric - 'I'll help you get naked down below, then forget yourself in our rhythm.' At the far end of the spectrum, several songs express themselves in less poetic, classy terms, such as Slavi Trifonovs’ hit 'Seven, eight, I’ll take you to bed.'