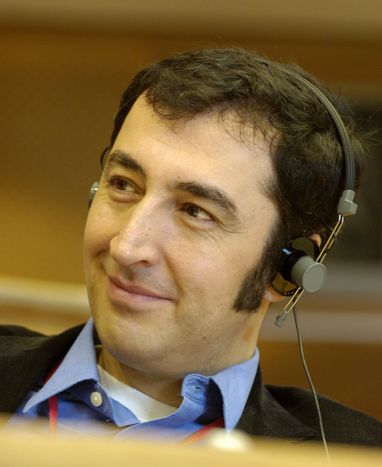 Cem Özdemir: ‘The biggest disgrace is when the modern generation walks out on its responsibilities’

He joined the green party at 15, and today the 43-year-old is the first non-German native party chairman. His ethnic background has led to the national press giving him the epithet of ‘the green party’s Obama’, and a Facebook group called ‘Yes, we Cem’

The charismatic Alliance 90 head and Euro MP – with the longest sideburns in the European Parliament – spoke at the European green party congress in Brussels at the end of March about the ecological restructuring of the economy, and the upcoming European elections in June.

Fair-trade, riding bikes and recycling; does the head of the greens have to set an example, or does the halo occasionally slip?

I really do try to practise what we preach within reason; at the very least I try to live a carbon friendly life. I cannot always do it though. I came by plane from Berlin here to Brussels even though there are other means. I have a bike back at the (federal) administrative offices with which I try to get to my appointments in the local vicinity.

So are the greens the best Europeans?

The most important thing is that we lead the European election campaign. I have the feeling that with the other parties, particularly in Germany, it is all goes on in the best way possible for the national Governments regarding previous parliamentary elections, as well as in the other EU countries. I believe that we, the greens, are still as avant-garde as before because we demand lists from all over Europe, so that voters in every country around Europe can mark candidates in the running with a cross. That is what we are championing.

The greens are still keeping to the left during these times of financial crisis.

That is nothing new for us. Last year (chancellor Angela) Merkel stood in front every picture of ice caps and polar bears and spoke of environmental pollution; now they are on about protecting the environment – everybody’s doing that now! What do we need the greens for now then? There are countless debates going on in other EU countries too. I think it is it good that we keep pressing on with our issues and combine them with what is causing people concern. There is no reason to develop self-confidence over the other parties who allegedly have so much economic responsibility. They have also thrown us into the deep end of unemployment with their ‘fixes’ in this crisis.

We have waited eight years for the Americans to back the Kyoto Protocol. As Europeans speaking with only one collective voice - and in conjunction with Obama to takeover leadership of the Copenhagen process - we are not managing it. This will only happen when the EU does not put protecting the environment on the back-burner; we need the greens’ strength for that!

The renewable energy organisation in Germany has spoken of 47% by 2020 as a matter of fact; Germany is however ‘blazing the green trail’ in Europe too. We all play an important role of course, because if we do not reach our minimum C02 target of 40%, we also will not manage the minimum 20% or maximum 30% target that we want to hit. ‘All politics is local’ – we must lead by setting a good example.

Renewable energy does not come free; fair-trade coffee costs more than its Lidl (local supermarket) equivalent. Are the greens just a party of luxury when it all boils down to it?

The biggest social disgrace is when the modern generation walks out on their responsibilities and burdens future generations. These comparisons in price only come about as the prices do not speak the environmental truth. Buying in health-food stores or fair-trade products is always cheaper when the environmental side-effects are also factored in. These side-effects must be calculated too. This is also true of the car industry for example, which is subsidised every year by the tax payer where as public transport does not receive the same support in the majority of EU countries. On the other hand, a lot is being written nowadays about mobility by young Europeans in this time of globalisation. We do not want to condemn the use of cars; it’s more a case of wanting them used when there is no other choice.

Which other issues in the European elections do you think you are able to reach out to young people in particular? 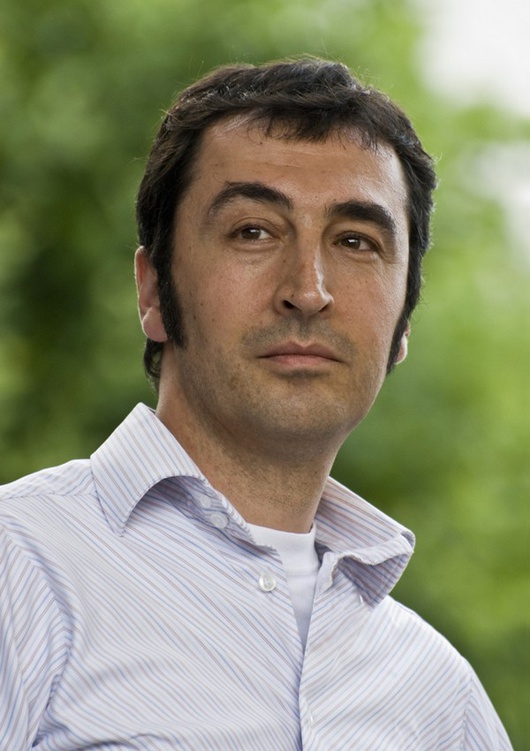 There are three issues at the heart of it: protecting the climate and the green new deal, as every delayed measure for climate protection will catch up with future generations. Number two: When are in a financial crisis; we cannot just exuberantly distribute money out as future generations will have to pay back a mountain of debt. You can only justify expenses that will be of greater value for future generations; as is the case with education for example. Number three is the area of social justice with the implementation of minimum wages in all EU countries for example. These are essentials so that future generations are not damned in any way.

What result do you see when you look back on the last five years as a Euro MP?

I find myself seemingly on my last tour of duty; things will get easier for me as party leader when I am no longer a Euro MP, not only in terms of carbon footprint, but also in terms of time too. The role of a Euro MP in Brussels and Strasbourg, as well as a party chairman in Berlin is, frankly, just not feasible over fourteen weeks of parliamentary assembly. Each job suffers as a result of the other. I found the work very exciting despite all that, and it does bring a small tear to my eye as I say it. It is about the issue of becoming regarded as bi-partisan; contrary to national parliaments.

The greens reached (a share of) 11.9% at the last European elections; what result are they hoping for this year?

I hope initially that we get a stronger European parliamentary group with more delegates than in the previous European parliament election. It is therefore also important that we are elected in countries in which we have not had delegates thus far; like the Czech Republic or Hungary. I hope that we achieve a strong share in Germany and have at least as many seats as we did last time.

Spice up your European elections with EUdebate2009.eu