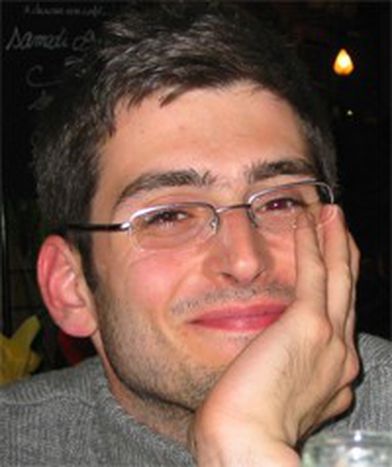 "CAP reforms are trying to do everything, but are achieving nothing"

Where is money from the Common Agricultural Policy (CAP) going? In an interview with café babel, French economist, Pierre Boulanger, stresses the changes needed for a CAP that is opaque and increasingly dated.

The study CAP, moment of truth for France, carried out by Pierre Boulanger and published last November by Groupe d'Economie Mondiale (GEM), a political sciences research centre, reveals that in France it is mainly the large-scale farmers who receive EU agricultural subsidies: although they represent only 1% of French farmers, they receive more in subsidies than small-scale farmers, which account for 40%.

In your report, you point out the opacity of the information available about the French farmers receiving direct CAP assistance. How were you able to identify 58 of these owners?

We searched for information through both official and unofficial means. Officially, we asked the Directions départementales de l'Agriculture et de la Forêt (DDAF) to inform us of the total amount of direct aid paid to agricultural farmers. The DDAF refused, hiding behind the 1978 Freedom of Information law [which keeps information confidential]. We have lodged an appeal with the Committee of Access to Administrative Documents (CADA), who should reach a verdict on the public character of this information in December 2005. Unofficially, we relied upon the Confédération Paysanne, a French farmers’ union, to produce estimates based on the rotation of crops and the land used by large-scale farmers. We have added these findings to those obtained by a journalist from Capital magazine, published in November 2004, which allowed us to draw up a table of 58 agricultural farmers, including those who received the most in direct subsidies.

How do you explain the silence surrounding direct assistance? What impact might this culture of secrecy have on the implementation and the development of the CAP?

It's almost like the mafia's code of silence. The large-scale farmers are elected to local and regional agricultural governmental organisations and carry out a significant amount of lobbying. Even though the French farmer’s union, the Fédération Nationale des Syndicats d'Exploitants Agricoles (FNSEA), has recently positioned itself in favour of greater transparency, the Government does not seem willing to distribute this information, which is of great public interest! In the end, this lack of transparency in the distribution of direct assistance contributes to an even more unequal distribution of European money. The EU pennies increase the [geographic] concentration of farmers and encourage rural exodus. With this system, the more farmers grow, the more they are helped and smaller farmers are dislodged. Agenda 2000 [an action programme to strengthen Community policies] and the setting up of the single farm payment (SFP) will not fundamentally change this system. The SFPs should allow European aid and production to be redistributed so that agricultural choices are guided by the market and not by European subsidies. But the calculation of SFPs is based on historical reference and therefore revives old distributive inequalities. In other words, from 2006, a cereal farmer, whether he grows crops or not, will receive 75% of the subsidies that he received during the period 2000-2002! Furthermore, Brussels increasingly tends to distance itself from management of the CAP, which, when left to the member states, loses the community spirit on which the EU is based!

If the CAP is becoming increasingly less European and more opaque, does it have a future? It was created to revive an suffering population in the 1950s, but how can it still work with the advent of globalisation?

In one sense, however European I feel, I cannot help but notice that the CAP reforms are trying to do everything but are really achieving nothing. This policy remains stuck in the 1960s when the agriculture sector was undergoing industrialisation. Today we lean towards more commercial liberalisation, whatever the economic sector. Agriculture is being liberalised in the same way as services. It is therefore essential to rethink the aid system, taking into account the multifunctional nature of the agricultural sector. Agriculture not only involves food but also concerns the protection of the environment, rural development, demographic balance… Today, we notice a will to transfer Eu subsidies to the financing of agro-environmental measures. At this level of world competition, agriculture must serve as political leverage in international negotiations. A process of non-linear, agricultural liberalisation should be put in place: stopping subsidising large farmers and helping the smaller ones become more important players, and at the same time taking into account the heterogeneous nature of the production structure, in particular those in the new EU states. The present CAP system, decided upon in 1999 and reform of which was completed in 2003, will remain in place until 2013. In the meantime, an ambitious reform, as much in economic efficiency as in social justice, seems inescapable.