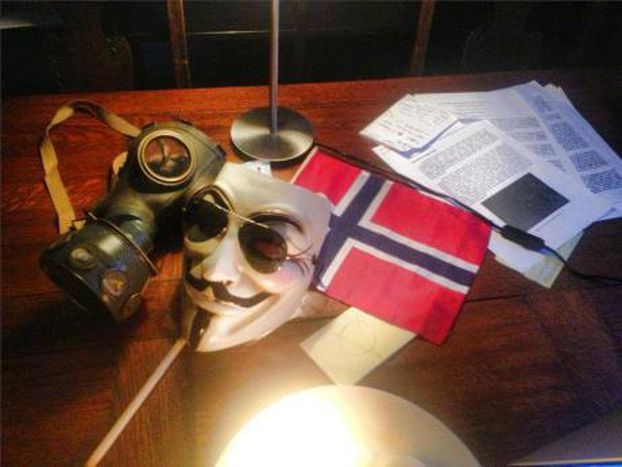 The results obtained by Google Trends will help us have a general overview of what is going on in Turkey.

Google Trends is a very handy web service of Google Inc. to follow the pulse of different countries for last 10 years. The public web facility shows how often a particular search-term is entered relative to the total search-volume across various regions of the world. The results obtained by Google Trends will help us have a general overview of what is going on in Turkey.

‘Terör’ is the Turkish translation of word ‘Terror’. The image below indicates the search results of Turkish people for this keyword. 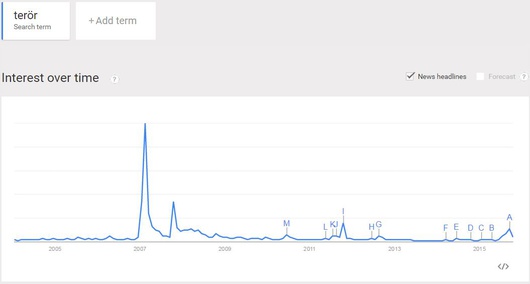 Since Google Trends gathers the monthly results, the point A (30th of September) indicates the last reliable data for this picture. Web service’s itself notes that the values after point A are still being gathered for the ongoing month which is October 2015 in our case. Therefore, please ignore the results on terror search after the point A.

In addition to this knowledge, point B refers to the last general elections period which is around late May and early June in Turkey. So, the linearly rising line between the points A and B shows us that Turks are talking about terror more and more often in last 5 months. At point B, Erdogan’s former party AKP did not manage to win the elections for the first time after 13 years of ruling and according to the recent questionnaires from August, 68,6% of Turks believe that recent terror activities’ responsible is Erdogan and AKP [1].

Another remarkable period is between F and G. This period indicates the lowest terror searches in last 10 years of Turkey. The same period refers to Gezi Park protests which started in early June 2013 and more than 6 million citizens joined the riots. These statistics prove that Gezi Park was a notable example of peaceful protesting.

‘Korku’ is the Turkish translation of word ‘Fear’. Unfortunately, the fear trend is steadily increasing among Turkish users of Google since 2005. 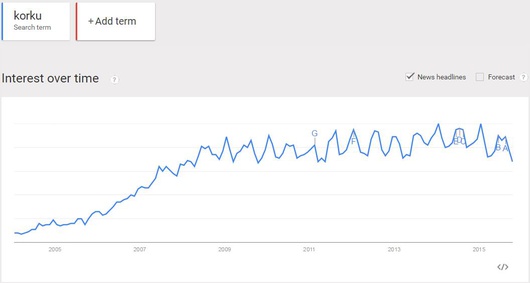 Especially, when we compare the results of fear in Turkey with Norwegian word ‘Frykt’, we see that the search of fear among Norwegians is decreasing. 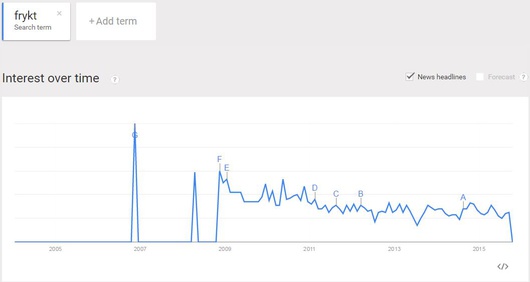 ‘Umut’ is the Turkish translation of word ‘Hope’. The picture below represents a very important detail which is the peak moment at point A. As we see, Turks searched about hope right before and after last elections which resulted as the defeat of ruling party AKP. Turks really had a hope of a brighter future during these months. But as soon as the terror activities were increased in July 2015, the search of hope rapidly went down. 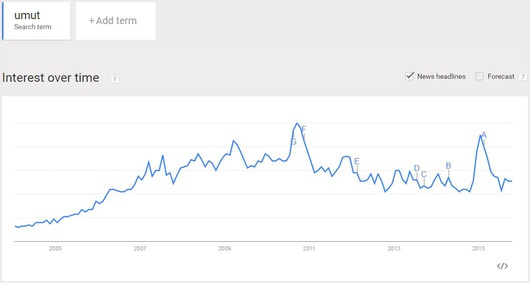 Beautiful word ‘Sevgi’ means ‘Love’ in Turkish. Although, the number of internet users has rapidly increased since 2005, we see that people search of ‘Love’ less than before. 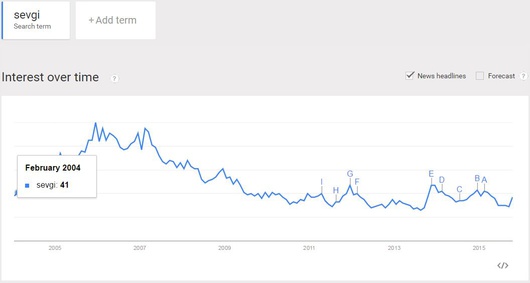 The following image represents the most mysterious results of all. Fuat Avni is the name of phenomenal twitter account which has been leaking information about the future acts of Erdogan and AKP [2]. This twitter account is active since February 2014 and as indicated below, Fuat Avni was not known at all before that date. 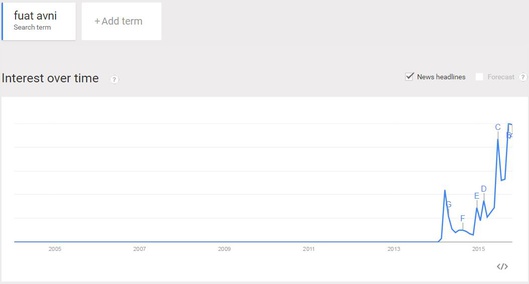 Fuat Avni randomly but quite often tweets conspiracies about the events which are soon going to happen. So far, most of his prophecies has been quite accurate and his identity is still unknown. Fuat Avni is a genuine Zorro of Turkish social media and the results below prove that his reputation has been growing since his first tweet. Many newspapers claimed that Fuat Avni also knew about last twin bombing. As broadcasted by multiple news resources, Saturday’s explosion in capital Ankara killed at least 97 peaceful protesters and more than 185 people are left wounded.