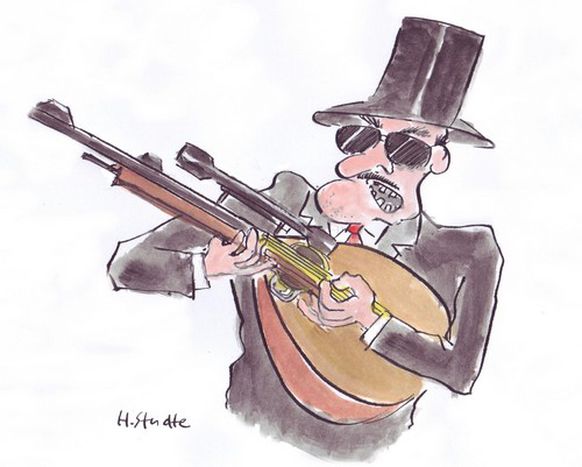 Camorra: from Spain with fury

What are the clichés of the perfect Italian? Manicotti, the mandolin ... and the mob. In this week's column we take a look at the Camorra, a criminal society born - and still very much active in - Campania, a southern Italian region. A reality of which is very much now a talking point in Italy thanks to the book of Roberto Saviano's first novel, Gomorra, following the release of which the author promptly received death threats and was subsequently afforded police protection.

Unsurprisingly, the term camorra now evokes the notion of violence, and the arrogance displayed by the diverse Camorrist criminal organisations against those that rebel against its power. Various theories exist as to the origin of the word itself. The most widespread refers to a short vest top worn by Spanish bandits who invaded the kingdom of Naples, understood to have used the name gamurra.

Another theory takes its origin from a very popular old Italian game which was the subject of many bets – to what was known as the ca murra ('head of the Morra') to be precise, who in 17th century Naples resolved disputes that emerged amongst the players.

And according to other sources, the term derives from a certain Ramón Gamur, a Spanish adventurer who some believe established a criminal organisation in 17th century Naples based on the model witnessed in 15th century Seville, the Garduña. If such an assumption in fact turned out to be true, it would not necessarily come as a surprise to learn that many camorrists are taking refuge in the Iberian Peninsula today – as Saviano wrote in his book - and say that this organisation was in fact founded in 1820 under the name of the 'beautiful reformed society!'