Any sort of joint bond issue would be vigorously opposed by northern member states of the European Union. So a new idea has been thought up since the summer – why not centralise Europe’s banking system? Part three of our examination of the financial crisis from a transatlantic point of view sees how it’s done in the USA

For years California and Italy had the same problems: enormous deficits at the end of the fiscal year and heavy debts. For some time now Italy has been making good financial progress (this current year they aim to reduce the deficit to 1.6% of GDP and at the same time they want their economy to shrink). At the same time California has been doing all it can to avoid going bust. In 2009 California state even declared itself financially insolvent. For months on end state employees were paid by promissory note. Only bondholders received any income. Something like that would hit the eurozone with the force of an earthquake. Its shockwaves would spread across the whole continent.

No disaster for USA?

As so often happens nowadays the reason the effect was not the same in the USA is down to its financial sector. Economically speaking California is the strongest state in the USA. If the financial system came to a standstill there, that would be a major blow to the rest of the USA. California’s temporary financial insolvency won’t lead to a wider collapse because banks across America are independent of their federal state. The US central government does support banks, and will even nationalise them if appropriate. The federal reserve is also on hand to help out. On top of this Californian’s savings are protected by general savings guarantees. So they don’t have to worry any more about their money than the people of the financially stable state of Wyoming. Lastly, California can’t amass great debts, because the state constitution sets strict limits. American state bonds make up the capital basis of most US banks. These are guaranteed by central government and are secure.

It’s a completely different story in Europe. If there is a fall in the value of Italian bonds, the effect is felt first and foremost by Italian financial institutions, as important bond holders. They react by buying fewer bonds, lending less and imposing stricter conditions. This in turn leads to worsening economic conditions and further downturns in the bonds market. The worst-case scenario can even be a run on the bank with mass withdrawal of deposits, due to widespread financial unease. Less and less faith is placed in national safety nets. In this case banks could turn to the state for aid, and get them to supply the economy with the right level of credit, thereby ensuring stability. If however the state in question is in such a bad financial situation as is the case in Italy, any financial aid would only make the economic situation worse and at the same time make things even harder for the banks. Not helping would be just as disastrous, as it would lead to a loss of confidence in the banks, the economy and the state.

A way out of this vicious circle is the European banking union and Europewide savings guarantees. People could leave their money in their accounts with confidence, and the banks could keep on giving loans or buying bonds. If this were the case some states would even be allowed to go into managed bankruptcy, because the financial system would no longer depend on them. On the contrary, the EU as a whole could throw its economic strength into supporting them. An across-the-board savings guarantee of up to 50, 000 euros would restore a sense of security to many, many Europeans. This would halt the exodus from Spanish, Italian or Greek banks. 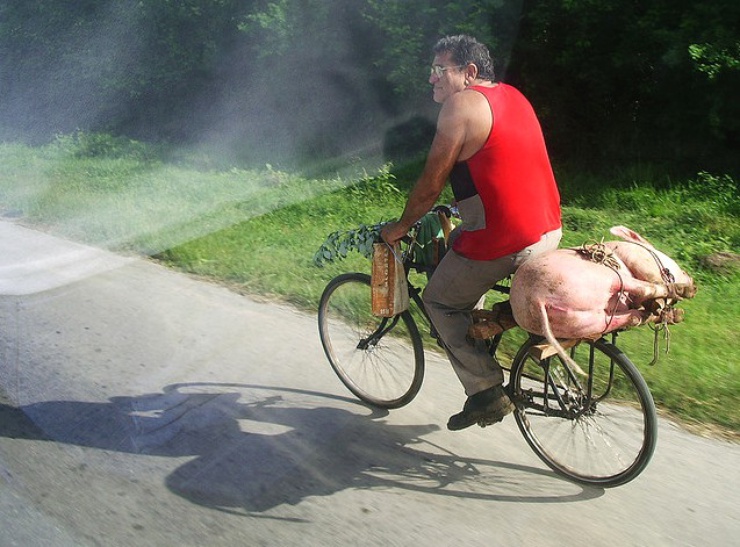 But this kind of banking union only makes sense if there are strict across-the-board controls and clear working parameters (the European central bank could oversee this). It could work if all financial institutions were involved and if sovereignty were to be given up. It would again include, albeit in a different way, a certain amount of shared liability. At the moment this is seen with some scepticism by Germany. But a banking union could pave the way to stability and confidence. That’s what Europe needs urgently. We don’t have to pool our debt. That itself would find favour with the North Europeans.

In part 4 read about abandoned building projects amid Florida’s palms trees and on Spain’s Mediterranean coast. Why does the sunshine state get along on so well and lie on the road to recovery, while the Iberian Peninsula is suffering record unemployment, austerity measures and a shrinking economy?