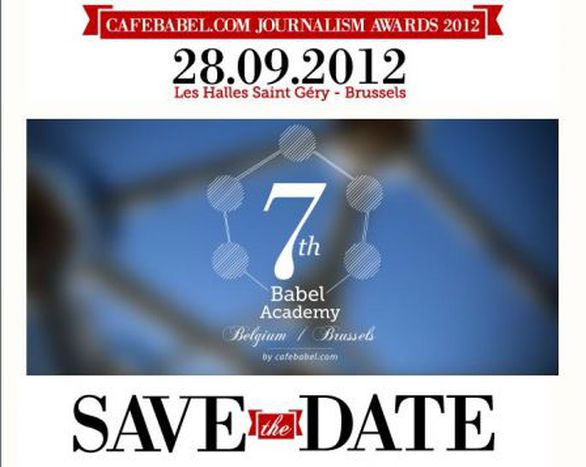 com sent in the European Union, the Balkans and Turkey for a mutual pendulum of insight.

The awards for and the will be given by the jury in presence of the President of Babel International.

Celebrate with us the first edition of the cafebabel.com journalism awards 2012, and take the chance to meet over 40 young journalists and team leaders from cafebabel.com European network, and of course the editors and staff of cafebabel.com!The award ceremony will take place at and will be followed by a cocktail and a balkan party with

Come and enjoy some bubbles with us!

Welcome of the public. (sharp)