In partnership with nine European and Tunisian newspapers, associations and NGOs, Cafébabel has joined the special initiative  #OpenEurope. A project that aims to promote the concrete solidarity that has been built to help migrants.

Open Europe (#OpenEurope) is a project launched by Médiapart, bringing together NGOs, associations and Tunisian and European media outlets, which aim to highlight the numerous solidarity initiatives for migrants out there.

To date, these are the media outlets involved in this operation:

And here the main associations, collectives and major NGOs who are also involved with this operation:

Within this initiative, you will find stories that explore the paths of migrants and the welcomes they receive in Turkey, the Balkans, France, Italy, Sweden, Germany and elsewhere.

These journalistic contributions, which also take the form of analyses and photo essays, will add to a stream of practical information for migrants, local collectives and citizens engaged in solidarity actions: contact points; humanitarian aid; legal assistance; guides and manuals. This thread will be powered by NGOs, associations and groups, as well as journalists.

This participatory space should finally bring together the stories and testimonies of migrants and citizens engaged in concrete actions. 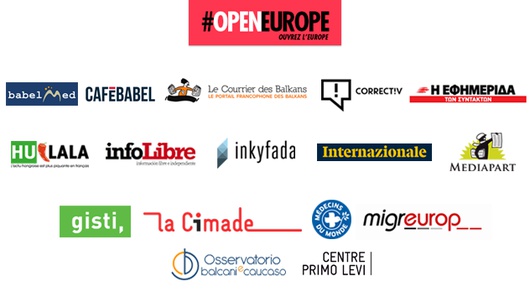 It is now or never for sharing initiatives, special situations, concrete solidarity.