Buried but not forgotten

In Madrid, life goes on. There will of course be ceremonies and television programmes to mark the first anniversary since the train bombings but it seems that those affected would prefer to be left in peace 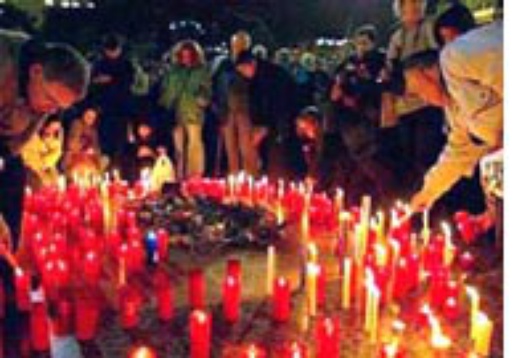 It is probably not an exaggeration to say that Madrid is a different place to the one it was a year ago. The terrorist attacks, coupled with the Conservative government’s insistence in the immediate aftermath that it was the Basque terrorist group ETA which was responsible, meant that three days after the bombings, Prime Minister Aznar was voted out of office in an election he had been expected to win.

The mourning after the train bombs was prolonged. An impromptu shrine was erected in front of the government building in Puerta del Sol at the heart of the city of Madrid. It was removed after a “Thank You Madrid” service in the same place a month later, where fire-fighters and other brave individuals were given awards by the King and Queen. The shrine that was erected in the Atocha train station was left for longer. In May, railway workers had to ask for it to be removed, as the daily reminder of what they had witnessed was too painful.

But as time passed, people talked about it less. Everybody knows someone who was involved in some way, but these people prefer not to talk about it. “I haven’t talked about it to anyone, and I don’t think I ever will”, says Ana García, a doctorate student who was mildly injured in the explosion in the train station. Thankfully, there aren’t too many reminders in the streets. “The Metro was the longest lasting reminder of the bombings, with their displays that asked people to be vigilant with their luggage. But this has now given way to reminders that smoking is forbidden,” comments Borja Rodriguez.

A city at risk

Those who weren’t directly affected by the attack are able to be more objective. However, they too do not want to drag up the past. “Nothing has changed. Ok, we are out of the Iraq war, but other than that Madrid is still the same. We are still at risk, as we always have been and always will be” says Jorge Ramirez. This is indeed true. Twice in recent months Basque separatists have attacked Madrid, despite increased security.

So, other than the populist move of getting out of the war, has the Zapatero government done enough to prevent a similar atrocity happening again? “I don’t know, what have they done?” asks Alicia Naranjo. “The truth is that once a group decides to carry out terrorist activities, there is very little anyone can do about it. No matter what a government does it will be criticised. Today everyone admits that we have to go to the root to stop terrorism, but how do you actually do that? And that is fine for preventing terrorism from starting, but what do you do with terrorists that have already begun?”

Madrid is a city that has moved on. The grief is private; the public face is one that looks back on the incident with realistic detachment. The truth is that Madrid is a big city, and the number that died, although horrific, is a very small percentage of the population of the city. Madrid is not Omagh or Beslan, where their attacks decimated their town, nor was the attack of the magnitude of the attacks in New York. But Madrid has not forgotten. “It is part of the resilience of the Spanish”, says Pablo Perez. “The terrorists may kill our people, but they will never break our spirit”.