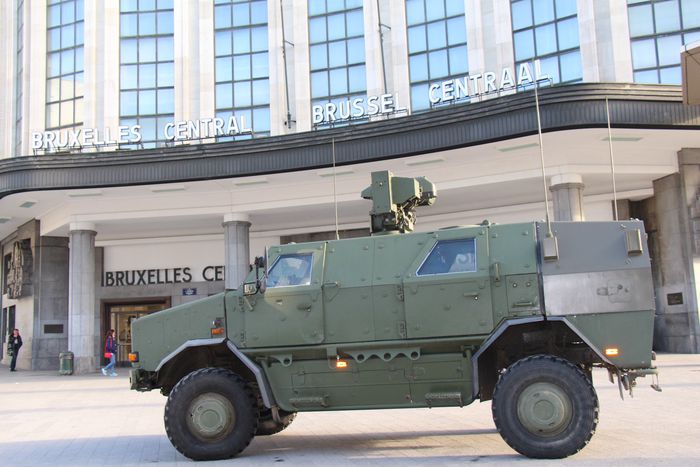 In the space of a few days, Brussels has changed from the "jihadi capital of Europe" to a ghost town. Cafébabel Brussels immerses itself in what, at times, feels like an all too gloomy atmosphere.

Brussels, the neighbour of Paris, has also been affected by the 13 November attacks. Affected by their violence, their proximity and their youthful targets that we could all too easily identify with, by the locations which were assaulted, where many Bruxellois had been in the past. As well as all of this over the past week, the Belgian capital shut down as it found itself gripped by a maximum terror alert. This is a situation that nobody in Belgium, or the rest of Europe, has ever experienced.

Friday the 13th of November

Just like in Paris, life is in full swing in Brussels. At 10pm, as we are basking in the Red Devils' victory over Italy in a friendly, we receive the first alerts on our phones. "Hey guys, there's something going on in Paris..."

We don't really understand what's happening. Our first reaction is to take out our phones: "Where in Paris are you? You okay?" As the minutes pass and the beers keep flowing, the rumours intensify. Most of us have quite a few French friends. Some of them are here, others in Paris. On Facebook, some receive Safety Checks from their friends. Others don't.

The next day we wake up dazed and confused. Our hearts are broken and our heads are spinning as we stare numbly at the telly. During the five days that follow this is just about the only thing we talk about, even when we no longer want to. We can't tell if it is better to get the latest news or not.

"Ever since the attacks in Paris, the escalation of fear which has accompanied political decisions, and the excessive media coverage of the tiniest bit of news, has frightened me," sighs Marie, "But it's also made me want to resist. For me, it's crucial we fight against this panic because that was the first goal of these attacks: to spread the fear of others. That is the real danger in a peaceful country."

Just when we were starting to think about something else, we learn that, once again, it's all come back to our neck of the woods. "Molenbeek: Belgian jihadi fiefdom," can be read on front pages all over the world.

We feel stupid, even guilty. We feel targeted, criticised. In an attempt to reassure ourselves, we try (or force ourselves), to laugh about it: "Hey guys, we should twin Molenbeek with Raqqa!"

More seriously, we in Brussels know that Molenbeek is just as much of an abandoned and disadvantaged neighbourhood as so many others in Europe. "I think that, deep down, everybody knows that they could have come from anywhere," Marie insists, "But many feel relieved to be able to point to an involvement in a particular place, finding an explanation for something that can't really be explained."

Monday the 16th of November

While Paris begins its slow path to recovery, whilst also mourning its dead and wounded, Alex Vizorek and Charline Vanhoenacker apologise in the names of the Belgian people on French radio: "It's the worst Belgian joke ever." God (or whoever) knows that, in Belgium, we love jokes. Though not today.

The mention of Molenbeek comes coupled with images of the faces of the terrorists who struck Paris. In the space of a few hours, one of them becomes the most wanted terrorist in Europe: Salah Abdeslam. Worse still, it would seem he has returned to Brussels, from where the attacks were plotted. In less than five days, more than 250 calls place him in all four corners of the Belgian capital. The authorities send warnings to citizens, the number of bomb alerts and evacuations increases. While the terraces of Paris fill up with young people raising a glass to life, the Republic, Voltaire, love and laughter: the Bruxellois find themselves surrounded by masked soldiers. 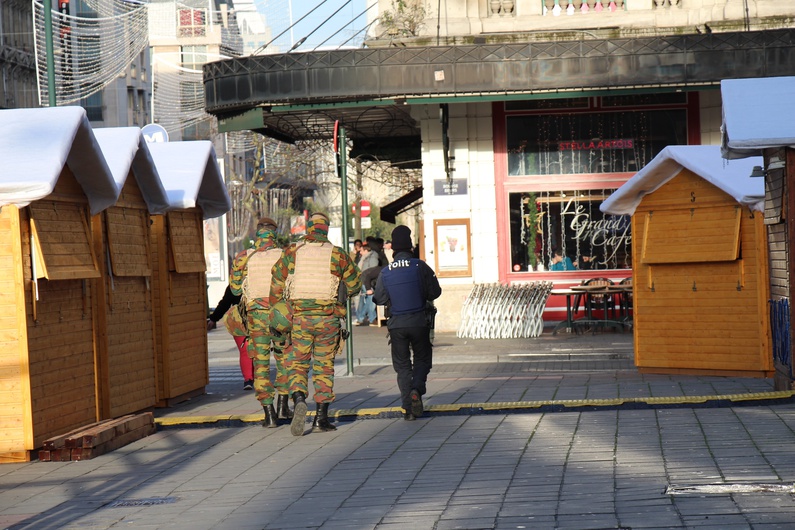 Friday the 20th of November

In the evening, the University of Brussels is evacuated. Shortly afterwards, armoured vehicles arrive in the city centre. In place Saint-Gery, a favourite haunt for drinkers in the middle of Brussels, seven soldiers patrol outside the cafés.

"I know it is for our safety but it feels weird to see machine guns when we're sitting peacefully in terraces," points out Edith, glass in hand. She is waiting to go to a concert at the Ancienne Belgique venue, "It is as though there's a voice in your head that keeps saying 'be careful, be careful'. As though part of our freedom has been taken away. My boyfriend didn't want us to go to the concert because it could be dangerous. But surely we're not going to stop living because of this? In the worst case scenario we'll go to the gallery - if they come, maybe we'll stand a better chance there..." She speaks with a sense of self-reassurance rather than bravado.

The machine guns are accompanied by TV spots. At times they are reassuring, at others exasperating. Foreign journalists ask bartenders how they feel. Some say they feel safer, others couldn't care less. A few repeat that "It could happen anywhere, any time. But if we start thinking that way we will stop living... all the more reason not to do it!" 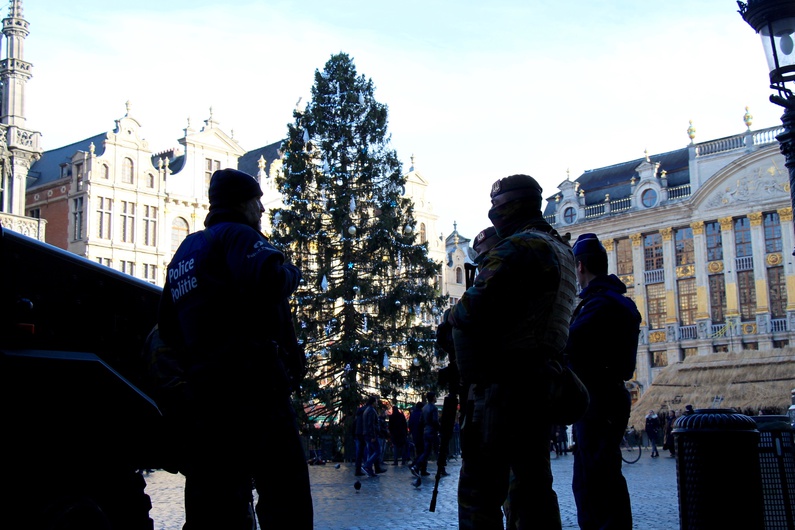