Britain's EU referendum: Should I stay or should I go?

[OPINION] Politicians and business leaders continue to bicker about the political and economic pros and cons of Brexit, the potential withdrawal of Britain from the European Union. However, the ideological battle should concern us more.

I begin with a confession: I find myself frequently ambivalent about the finer details of politics in the United Kingdom. This is perhaps related to growing up abroad as the daughter of a diplomat, or the fact that I find the ideological and political divisions between the main UK political parties increasingly blurred.

It could also be related to my rather indecisive nature: should one vote for a party, a leader, a party line, or specific policies? Whatever my uncertainties surrounding politics in general, I face no such qualms with regard to the country's impending EU referendum. I am entirely convinced that Britain should stay in the European Union.

The question of how Britain’s economy would be affected has, quite rightly, taken prominence in the debate. British business leaders are divided on the issue, but a majority would still vote to stay in the EU. Prominent US companies with UK branches such as JP Morgan and Goldman Sachs have also backed the "IN" campaign. 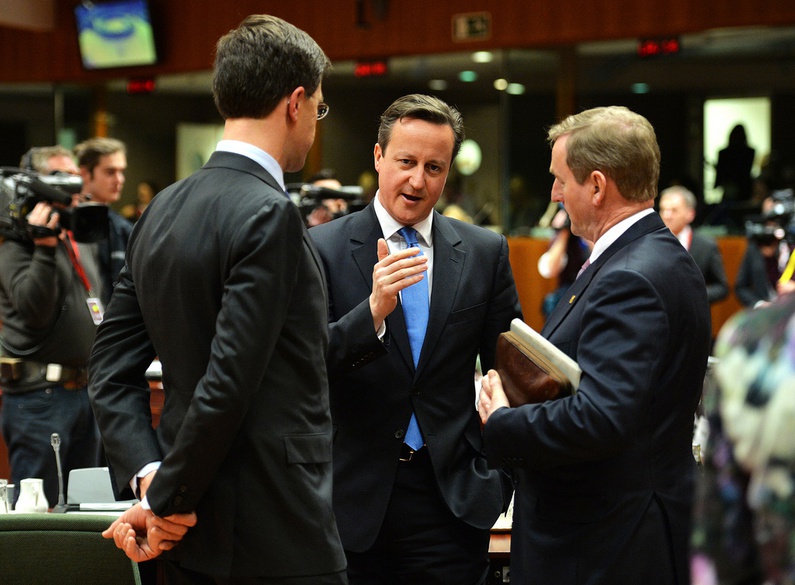 Perhaps, however, it would be more convincing to emphasise the high levels of uncertainty surrounding how exactly the UK would relate to Europe after leaving the Union. What about pan-European schemes such as Erasmus, which was the highlight of my modern languages degree? Meeting students from across the EU as well as Russia and the United States had a deep impact on me. The fact that the majority of these students were not, like myself, actively studying languages, made them all the more remarkable.

Learning a foreign language challenged me to view my own nation more dispassionately and has given me life-long friends. Experiences such as these have contributed to my opposition to Brexit: I believe passionately in the ideological value of the European Economic Community and fear the UK’s isolation if it were to leave during this moment of crisis in Europe.

I don’t believe that I'm alone in having such an "instinctive" view of the European project. The issue polarises because it is not simply an economic or political one. It is precisely this lack of political consensus that led British Prime Minister David Cameron to recently declare an amnesty on Euro-sceptics within his Conservative party. They are to be permitted to campaign for Britain to leave the EU, whilst Cameron himself advocates reform rather than abandonment. The latest polls – from December 2015 – suggest a fifty-fifty split on the issue.

Does the rest of Europe care?

Let us be clear on this: the UK came to the EEC late, joining 16 years after it was initially conceived – by Belgium, France, Germany, Italy, Luxembourg and the Netherlands – in the wake of the Second World War. The UK also decided against participating in the Eurozone, a decision that may well have proved wise in the light of various financial crises across Europe, most prominently Greece’s recent bailout.

Yet there have also been changes and challenges as a result of Britain’s involvement in the European Union. The 2004 EU expansion, for example, led to an increase in Eastern European migrants seeking work in the UK. Cameron has directly addressed the issue of the Free Movement of Persons in his reform proposal, calling for a benefits cap for European migrants during their first 5 years of residency. Unsurprisingly this has been vociferously opposed by leaders from the affected countries and has been largely deemed unfeasible.

Cameron has not had an easy time in his negotiations. It has seemed at times unlikely that any of his proposals will be accepted. There has been frustration from the rest of Europe at Britain’s unwillingness to agree on a refugee quota. There is also the perception that the UK already enjoys a unique relationship with the EU, including many benefits, a point made on Germany’s satirical show ZDF Heute.

Yet at the same time the majority of European leaders would like the UK to remain in the EU. It is, after all, the second largest economy of those nations present. Brexit could well be hugely damaging for the union.

Young people should care or else others will decide for them

One further aspect to consider in this debate is the generational divide. According to the Telegraph: "63 per cent of those aged between 18-29 want to remain in the EU, while 56 per cent of those aged over 60 want to leave." This is hugely significant. If young people do not engage with the issue of Brexit, it could be their grandparents who decide their future for them.

For those on the fence, the issue of the EU referendum can seem, at worst, an irrelevant and incomprehensible debate or at best, extremely confusing. With politicians in the same party disagreeing, how can young people in the UK make an informed decision? By studying the facts and figures and thinking about the impact Brexit may have on the economy, business links and Britain’s prominence both in Europe and globally.

Yet if we are not wedded to the ideological value of the Union, then these facts may leave us cold. The notion of European solidarity, seen most vividly in the wake of the Paris attacks, is something that should be prized, not abandoned.