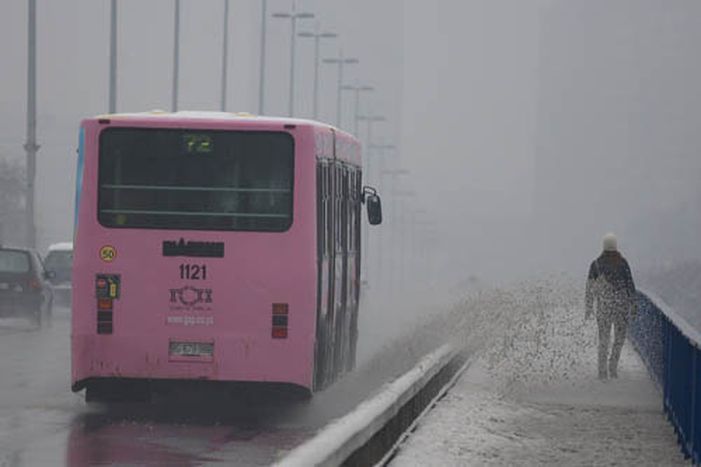 Bridges in Belgrade: why citizens should have a 26-hour-day

If we don’t have enough bridges, we should at least have enough time to cross the three over Sava river that we do have. Because, it really does require a lot of time... and nerves! Extract from cafebabel.com's latest city blog, Belgrade citypulse

According to the 2002 census Belgrade had nearly 2 million inhabitants. There are probably even more of us now. Let’s say at least one third of those needs to cross the Sava river. Then we hear the soothing voices of morning tv programme hosts who inform us that 'there is an increased traffic on the bridges'. Not long after that there comes the sentence 'the bridges are crowded', meaning you’re already late wherever you headed to... And then comes the advice – 'use the alternative routes'. Hm, which ones? While the new bridge is developing in height (the length of it is still insignificant), Belgraders are developing their sense of tolerance...

Read about how on the first post from cafebabel.com's newest blog from its team in Belgrade, published in Serbian and English. The author of this article is Gordana Sučević