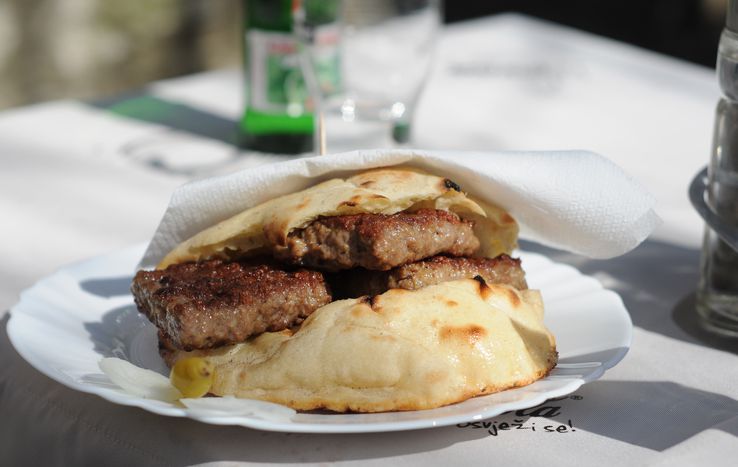 11am on a Saturday morning is perfect for planting yourself down for a typical Bosnia kebab on a sunny terrace at the Ćevabdžinica kod Muje, a renowned traditional bistro in Banja Luka. Will this be a diminishing sight seeing as the American fast food chain is soon hitting town?

Here comes the meal. Rolls of mince meat grilled on coals and served in a round bread called lepinja with a side serving of raw onions. It might seem a bit much for brunch but cevapi provide a mouthwatering offering. Coca-Cola doesn’t go too well with cevapi, no matter how much its logo is suggestively dotted over the napkins on every table. Best to team your cevapi with a natural yoghurt drink.

At first glance the cevapi seem fairly easy to prepare, but finding the recipe is another thing entirely. Every renowned ćevabdžinica jealously guards the secrets of their ingredients. We manage to prise some hints at Kod Muje; you need various sorts of excellent quality meat spiced to a particular degree and from there, it’s a question of passing the word on from generation to generation. That’s basically it. 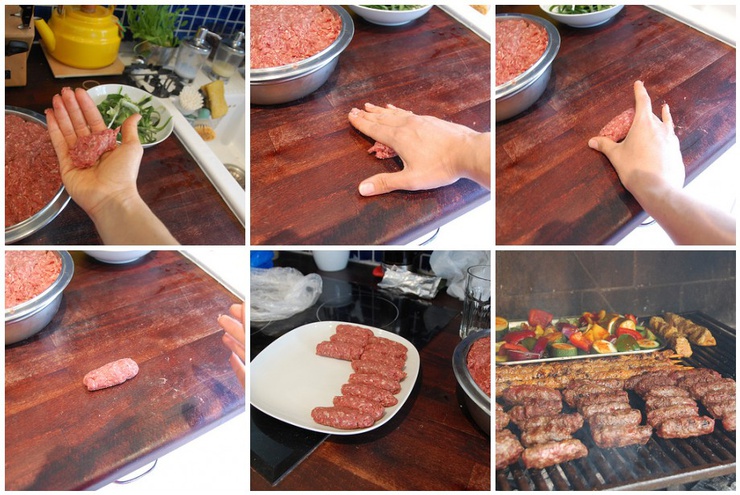 Dedicated internet forums try to pass on recipes whilst others engage in hearty discussions on where the best cevapi can be found in Bosnia-Herzegovina, and still others argue about how the accompanying bread should be soaked. 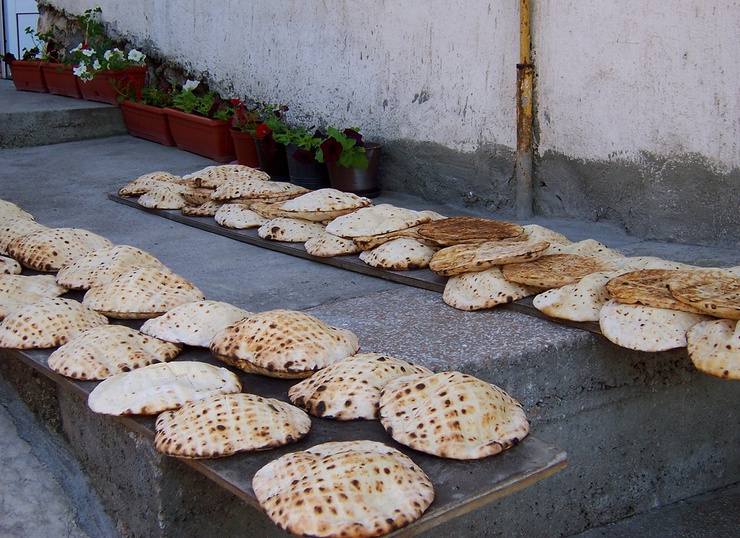 The endless debates show how seriously cevapi is taken as a dish in Bosnia, so much so that Bosnian cities actually rival each other according to local varieties. A cevap won’t taste the same in Banja Luka as it does in the capital Sarajevo, or the cities of Travnik in the centre or Mostar in the south. The Banjalucki ćevap not only tastes different from the Sarajevski ćevap but is also presented differently, coming cut up in four quarters. Amateurs go further still and say that the real secret of this specialty resides in the atmosphere of a Bosnian ćevabdžinica and in the smokiness leant to the meat by the coals.

Whilst currrently three countries in Europe don’t have McDonald’s restaurants on their turfs - namely Iceland, Armenia and Albania - Bosnia-Herzegovina joins them in part of this consumerist extinction. Indeed, the first McDonald’s was implanted in the former Yugoslavia, more precisely in Belgrade in 1988, before the American forces spread to other cities and ex-Yugoslav republics. Until then the chain had evaded the Bosnian market, as it was considered unreliable. The absence of McDonald’s is a source of happiness for certain fast-food locals, who enjoy playing on the name and logo of the American giant. A case in point is McMilano’s in Visoko, a medieval city in the centre of Bosnia.

According to the national media company representatives have been making visits to Bosnia to look for potential sites. Unofficial sources claim that the first McDonald’s will see the light of day in Sarajevo from this year on, followed by openings in Banja Luka and other Bosnian cities.Analysts say this is positive, since it shows that the country is finally becoming interesting and viable in the eyes of foreign investors. Others can’t conceal their worries: will McDonald’s bring about the death of the traditional ćevabdzinica and other fast-food locals? ‘You can’t compare a hamburger with our local specialities,’ as one customer at Kod Muje rightly puts it, lunging to the tip of his chair and grinding a tooth-pick. ‘Coming here and not tasting cevapi is like…coming to Paris and not visiting the Eiffel Tower!’