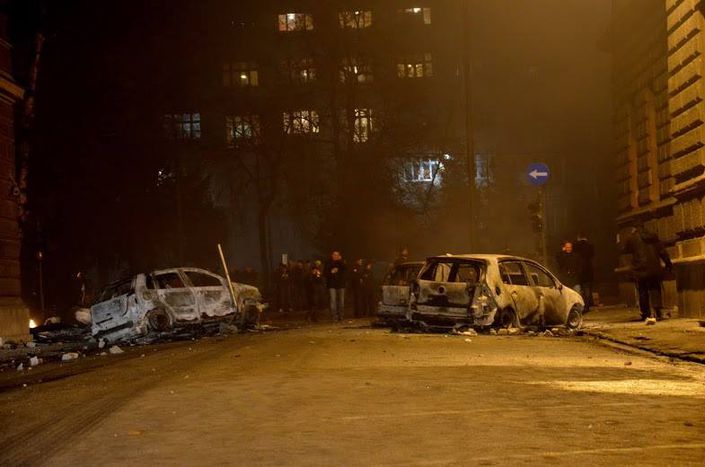 Bosnian civil society woke up after a 20 years long hibernation. In the first week of February, 2014, the streets of Sarajevo were full of protesters opposing the parasitism of the political class. Violence in the conflicts between police and civilians is inscreasing.

BOSNIA-HERZEGOVINA: the violent awakening of Sarajevo

Bosnian civil society has awoken after 20 years of lethargy. The streets of Sarajevo filled with demonstrators in the first week of February 2014 to protest against the parasitism of the political elite. Violence is growing as confrontations between police and civilians escalate. 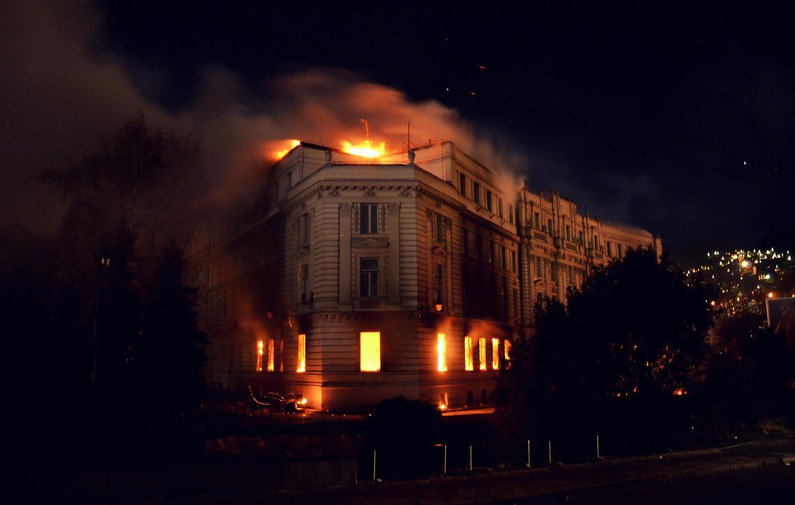 The protests that have engaged the main cities of the formerly Croatian territories have been characterized by increasing violence culminating in the burning of the cantonal government building. In Sarajevo. On February 9th 2014 the cantonal leader Suad Zeljkovic resigned.

The chaos spread on the third day of rioting, Friday February 7th, as almost 6000 people gathered in the old town of Sarajevo. Demonstrators demanded the resignation of the entire government, spurred by poor economic conditions and lack of job opportunities. Hana Obradovic, a 25-year old activist, says that the protests are spontaneous. The protestors believe bad political governance and administration to be the main causes of their economic and social misfortunes.

Every Tuesday for over a year, the workers of Tuzla have been protesting against the shutdown of some previously state-run enterprises (Dita, Resod-Guming, Polihem and Poliochem, etc) that went bankrupt because of corrupt management practices and the economic crisis. Up until now, the government has neglected to deal with the people’s demands that their jobs be saved.

The roots of discontent

The political leadership of Bosnia-Herzegovina was born out of the Dayton Agreement, signed by Milošević, Izetbegović e Tuđman in 1995. They formally endorsed the creation of a single nation state, but also allowed for the political and legislative system to be split between the Serbian republic and the Croatian federation. Mirsad Bajhrend, a journalist, explains that the problems of corruption and poverty are widespread in both communities, but “the uprisings have been seen only in the Croatian part of the country, because of a political system that has been paralyzed by the private interests of the political elite for 20 years”.

From February 5th, the initially peaceful protests started growing and spreading across the region. The police were using repressive methods already from the second day, even when the people did not intend to resort to violence. The situation started to get out of control in the afternoon of February 7th; the law enforcement responded with smoke, teargas and water cannons to the crowd’s throwing of stones and firecrackers, while screaming : “We want change!” 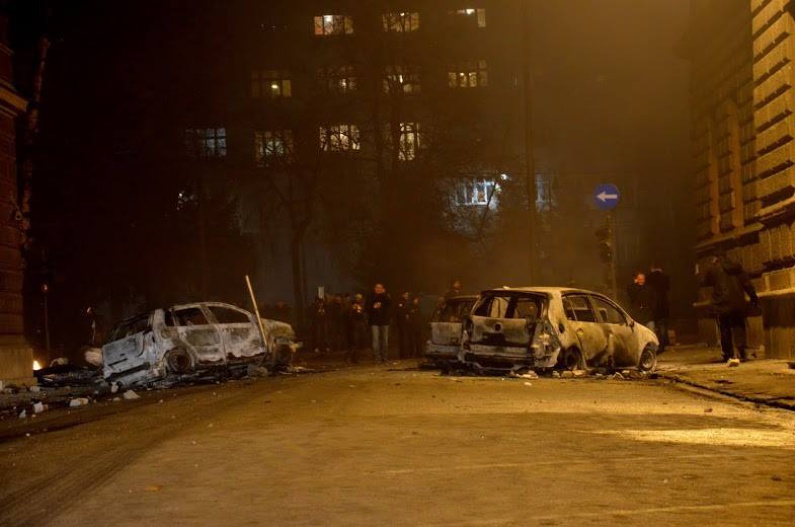 The burning of government buildings reveals the protestors’ deep anger with the institutions, perceived as distant and indifferent to the discontent of the people.

“We don’t have any options”, a girl tells tells me amidst the chaos in the aftermath of the fire, her eyes watering with emotion. “I’m a recent medicine graduate, I can’t work and I don’t have enough money to leave and try to make my life somewhere else, she confesses.

But who are the participants in these protests? There are several opinions about this. Katarina Civkl, researcher at the European integration think-tank Populari, says there is a chance that young, violent fringe groups may have planned the fire of the government building in Sarajevo from the start. It is safe to say that this is a movement that transcends both ethnicity and age. This weekend protestors returned to the streets, some to protest, others to clean up the mess remaining after clashes with the police. After twenty years of apathy, it does seem like Bosnia-Herzegovina’s civil society has finally awoken.