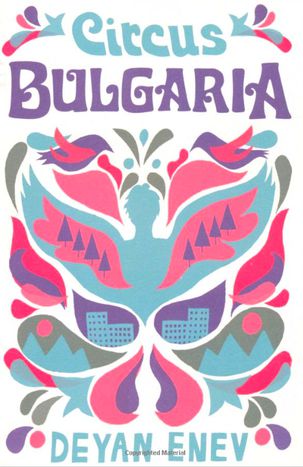 The fifty stories in the Bulgarian writer’s short story collection, in an English translation by Kapka Kassabova, are so stuffed full of richness and laden with oddities that it is tempting to quote whole pages verbatim. It’s one of those rare books where every word feels like an essential part

Sadness, beauty, and strangeness compete with one another to be the lasting taste the stories in Circus Bulgaria (2010) leave, but most of all the generosity of the comedy - always with sympathy for the oddity or odd character - seems a testament to humour as most intelligent expression of humanness.

Born in Sofia in 1960, Deyan Enev began to publish his short story collections just as former communist dictator Todor Zhivkov’s regime began to dissolve. His biography states that he worked as a painter, hospital attendant and teacher as well as a journalist, magpie-ing from these occupations the stories of a Bulgaria both frozen and in flux. As communism fell and Bulgarian writers like Vladimir Zarev both found a new audience and discovered rich material in Bulgarian encounters with the capitalist west, Enev’s work fused these new lenses of post-1990 modernity to both the eldritch fables of Bulgarian folklore and the whispered urban myths of the surreal communist reality. As a product of these different voices and eras ‘speaking’ to one another, Circus Bulgaria is like the zenith of Enev’s writing as mediator for the voice of Sofia’s ghosts. 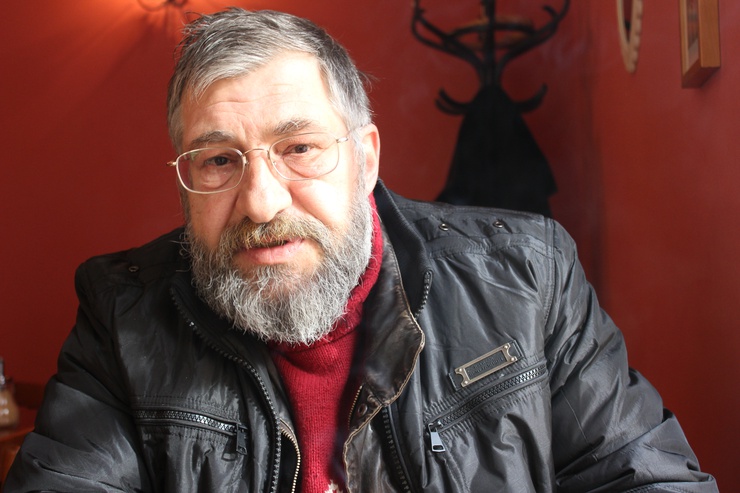 It’s unusual for a book to equal at the atom-level of its metaphors and syntax the crafted shape of the narratives, but Enev seems to be painting with all colours at all times, each line as well-formed as each story. So many aspects of worlds are captured that Circus Bulgaria really feels whole: rituals, lies, the stasis of loss, the texture of the countryside, the personalities of houses, the myths of tower-blocks, shoulder-blades ‘delicate like seahorses’ wings’, skin ‘tender like the membrane of freshly boiled milk’, the melancholy of performing monkeys, the secret logic of the sealed-off, poisonous universes of incestuous abuse.

Sealed-off worlds are the terrain Circus Bulgaria keeps returning to: scenarios incomprehensible to outsiders, like the mobster fish, or the tales told by lost figures encountered in forests, and the world in which walking in pairs is forbidden and a married couple are scared to touch in bed in case they are overheard. When the couple stoically accept the bees that take over their apartment and cover the wife’s body in bed, it makes sense - in this world - for the wife to reassure the husband with the words ‘don’t ask questions’.

But ever-present, too, are those trying to escape their closed worlds or defy the logic of their situation, like Niki-Nikola, the optimistic Icarus of the Sofia tower-blocks, or the four-year-old boy who, on his birthday, visits his father’s mental viewpoint in the psychiatric ward. Meanwhile Zornista both gains and loses a world when, no longer so lonely and with a new job, she stops communicating with her dignified, French-speaking marionette puppets. The fullness of Enev’s stories is mediated through his reverence for words. Language creeps into the natural world, and the natural world becomes text. Words ‘perch on their lines like hummingbirds’ and snowflakes gleam ‘like full-stops and dashes in some strange new Morse code’, while a full moon ‘keeps growing until it becomes larger than its metaphors.’ Similarly it feels as though the stories themselves keep growing until they almost become too large for the book, and several characters in Circus Bulgaria are crushed by the weight of the stories they must tell themselves.

Perhaps the other-worldly beauty of Circus Bulgaria’s language in the English translation is due in part to the fact that translator Kapka Kassabova is a very talented writer and poet in her own right. Whatever the reason, these fifty stories seem to, between them, work with a great palette of human experience and scope of language, zooming with a precision of imagery and tone. A gift in its own right, Circus Bulgaria is also a great introduction to contemporary Bulgarian fiction.