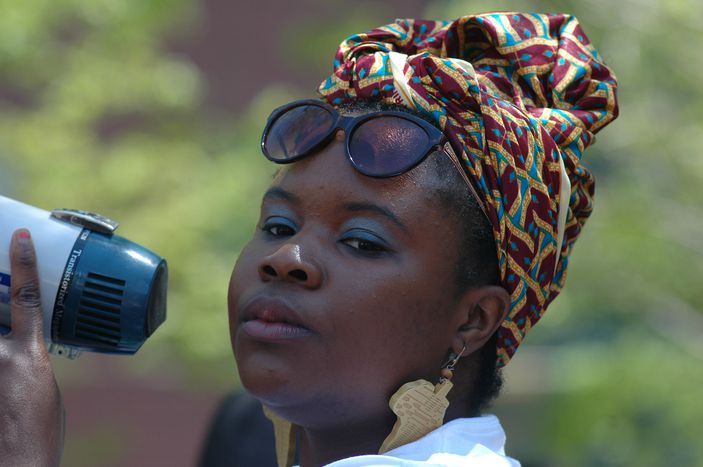 The beginning of 2015 was marked by the bloodiest terrorist attack of the decade. And it didn't happen in France, but in the North-East of Nigeria. Compared to the explosion of media interest in Charlie Hebdo, articles on Boko Haram have been reduced to footnotes. It is time to set things straight.

It is January 11th, four days after the terrorist attacks in Paris. The whole world is watching in real-time as a historical demonstration takes place in France, people of every social background have come together: thousands of people are in the streets to show their solidarity towards the victims. The slogans 'Je suis Charlie', 'Je suis Juif' and 'Je suis Ahmed' are omnipresent. Any search for placards with the slogan 'Je suis Baga' will be in vain.

In fact, 3,700 kilometres to the south of Paris, in the weakened region of North-East Nigeria, a series of attacks by Islamist terrorists have resulted in the death of far more than 17 people. A sad coincidence: the massacres committed by the Nigerian djihadist group Boko Haram — which still currently holds power — reached their fatal climax on January 7th, the very same day as the attack against the Parisian weekly magazine.

The Islamists began attacking the Nigerians cities of Baga, Doron Baga and local neighbourhoods on January 3rd, burning houses and causing hundreds of casualties. According to witnesses and estimates by human rights organisations, the number of dead could amount to 2,000. Satellite images published by Amnesty International and Human Rights Watch show the extent of the devastations: just in Doron Baga, more than 3,000 buildings were destroyed. The Nigerian regime's estimate of approximately 150 dead seems suspiciously low. But nobody is left to count the bodies.

Western education is a sin

Since then, the Islamist sect of Boko Haram, which sprang up in 2002, has claimed responsibility for the attack. In a threatening video, a member of the terrorist group — seemingly one of the leaders, Abubakar Shekau (declared dead more than once) — warns of future attacks. According to him, those which have just taken place are merely “the tip of the iceberg”. Since the group's radicalisation in 2009, many individuals have been kidnapped, among whom more than 500 women and girls. Thousands of people have been killed, Muslims and Christians alike.

Boko Haram claims to act in the name of religion, explains Abraham Sunday Odumu, lecturer at the Polytechnic School of Kaura Namoda, in the North-West of Nigeria. “But all those renouncing the ideas of Boko Haram are their enemies. Even moderate Muslims are regarded as non-believers. Their parents and other members of their families are also designated as enemies who deserve to die.”

Very little effort has been deployed so far by the Nigerian armed forces against the terrorist organisation, whose ultimate goal is to create an Islamic State in Nigeria. The town of Baga is located in one of the last areas of the North of Nigeria to be conquered by Boko Haram, where religious Sharia law now reigns. The South is mostly Christian. The list of attacks perpetuated by Boko Haram — whose name can be translated as 'Western education is a sin' — is long. 1,500 people were their victims last year: a truly sombre record. 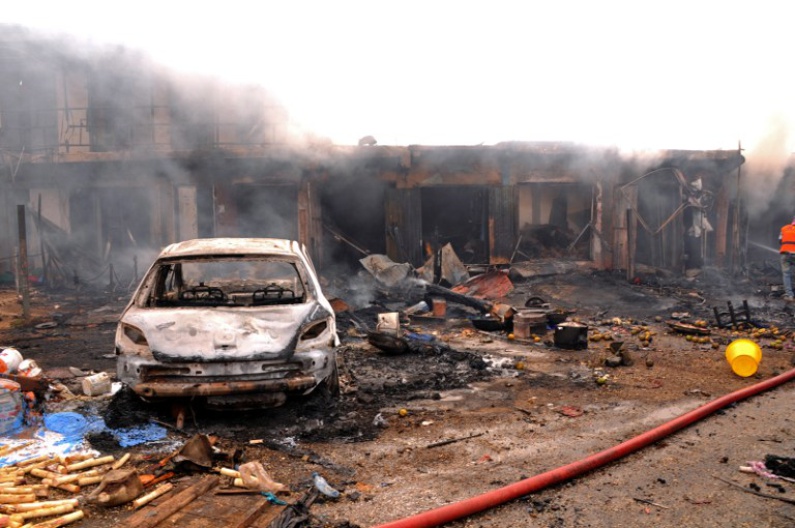 The Islamist sect, an affiliate of Al-Qaida, is less present in the media than other Near- and Middle-Eastern terrorist groups. And yet it perpetrates acts of cruelty of the same nature as those of the movement founded by Osama bin Laden. Boko Haram uses women and children as kamikazes, as in the Maiduguri and Potiskum bomb attacks, a few days after the massacre in the neighbouring city of Borno.

After Charlie come the flood

Whilst the international scene was expressing its solidarity towards the victims of the Paris attacks — omnipresent in the media — and that dozens of high-level State representatives took part in the January 11th demonstration, the massacre in Baga was pushed back to second-rank political columns. The hashtag #IAmBaga is much less popular than #JeSuisCharlie, which created a lot of buzz on the twittersphere for days.

About a week later — an eternity in terms of Internet time — the media awoke. The newspapers spoke of a “massacre of a terrible magnitude ”. The flash news based on Amnesty International's press review triggered a public awareness. A wave of solidarity is timidly being established.

One week after the massacre, Avaaz (an international cybermilitantism NGO — Ed.) distributed a petition to request a special session of the UN Security Council. The text is presented as a call to the international community to start exerting pressure on the Nigerian Government, which has remained very discrete up until now. A partial success: in an official release, the UN Security Council severely condemned the crimes of the terrorist militia.

The media negligence vis-a-vis the terrorist violence and climate of civil war on the African continent is not, alas, a new phenomenon. Twenty years ago, the world looked on almost passively as Tutsis were being massacred in Rwanda. The fact that Baga does not deserve more than a simple news flash cannot be the result of a general psychological suppression of a crime of such magnitude.

For some, the reasons are obvious. Thus @suraiasahar tweeted on January 16th: “Because you're African. And Muslim. #JeSuisBaga #BagaTogether”. An obvious case of ethnocentrism? The Ebola epidemic at least seems to have only kept the Western world holding its breath whilst there were cases of contamination on American and European soil.