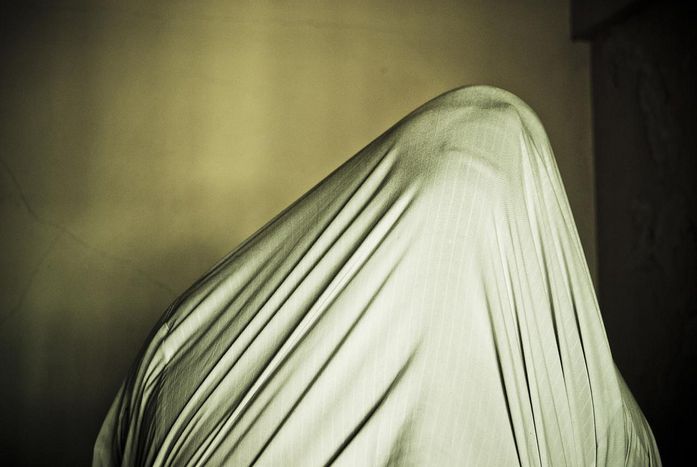 Bogeyman and his European friends

El Coco in Spain, Black Pete in the Netherlands, the croque-mitaine in France and the Butzemann in Germany - this band of amorphous beings and monsters are closely related to the Anglo-Saxon Bogeyman who is evoked by adults to ensure children comply with their rules

The morning of 5 December saw commotion at cafebabel.com at Paris HQ. North of the French border, Dutch and Belgian children (and adults alike) awaited the arrival of Sinterklass – the father christmas who, by the way, comes from Spain – and just when I was about to read the analysis of the triumphant re-election of a tearfulAngela Merkel as party leader in Germany, I received the message: 'It’s your turn to write for this week’s tower of babel column.'

The Spanish are coming

The unfortunate thing is, the German chancellor and the Dutch festivity intersect in a strange alignment of the mind – my mind – in an expression which I had read somewhere: 'Watch out, the Spanish are coming!' The reason for this association, I still do not know. I suppose that the warning – authoritarian like Merkel – got caught up with the Low Countries and their traditions originating from the south. That, and the fact that the German and British media label her as 'mummy' (Mutti) - the perfect culprit parent-type figure who scares her children to bed, or to eat.

Does the youngest in the family spend three hours sat in front of a plate of food at the dinner table without daring to eat anything? Are you having difficulty in getting them off to bed before midnight without them making a nuisance of themselves? Could it just be a power struggle and you do not know which of up to six languages to badger them with images of amorphous beings in, in order to make them see sense? Although it seems outdated, the 'Spanish are coming' warning was usually used with the aim of pestering the Dutch and Belgian children to behave themselves. The more pompous expression 'the Duke of Alba is coming!' (¡Que viene el duque de Alba!), is in obvious reference to the former Spanish possession of these shores. In Spanish-speaking countries, this expression would translate into a straight-forward Que viene el Coco (or Cuco) – which translates to The Bogeyman is coming. 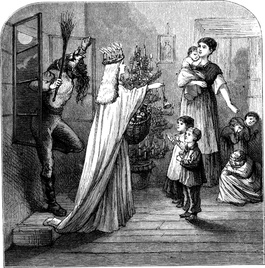 The French bogeyman is called a croque-mitaine; this is not to be confused with Père Fouettard ('Daddy Whip'), who, like the Dutch Black Pete, appears at christmas time to deal with those little rascals. Black Pete has an Italian brother; the Italians widely warn that 'the black man is coming!' (l’Uomo Nero sta venendo). They also mention the onomatopoeic Bau Bau, who lends his name to the character of Oogie Boogie, a potato sack man in Tim Burton's Nightmare Before Christmas (1993). Slavic mythology represents this being in its feminine form: specifically in Polish, where it she known as Baba Jaga. If abducting and, presumably, eating the youngest members of the household is not terrifying enough, you should be aware that she lives in a hut built on hen’s legs (warning to all orniphobics!).

The huge success of these christmases forces me to take back the authoritarian adjective  I used to refer to Merkel. Only Germans could transform their dreaded Butzemann – the Bogeyman in English – in the following clip: