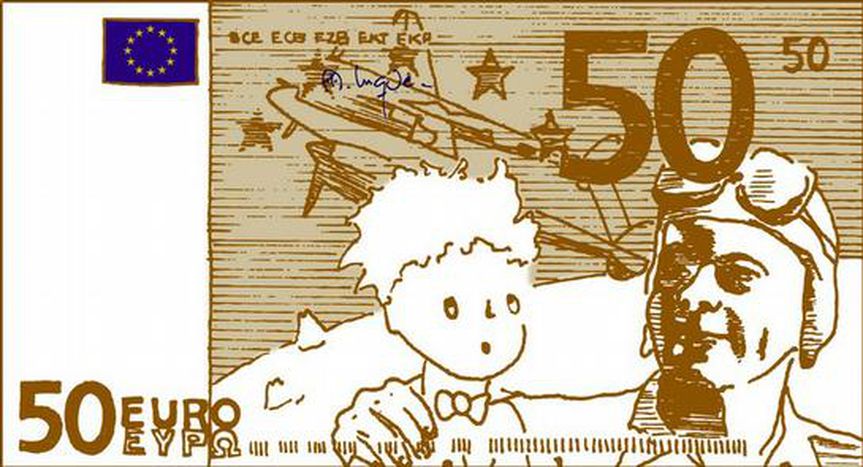 What are those bridges and arches that Europeans carry in their pockets? Mostly they come in the pastel red or the pale blue variety and architecture students can tell you right away that the bridge on the 10 Euro note refers to Romanesque art, while the blue one on the 20 Euro bill is Gothic.

But ask someone where these monuments can be found and you will only see perplexed faces or hear (from the really smart EU geeks) a flourishing discourse about European impartiality. The site of the European Commission explains:

The winning designs for the euro banknotes were inspired by the theme ‘the ages and styles of Europe’ and depict the architectural styles from seven periods of Europe’s cultural history: Classical, Romanesque, Gothic, Renaissance, Baroque and Rococo, the Age of Iron and Glass, and modern 20th century architecture. All notes depict typical elements of these periods, such as windows, gateways and bridges. 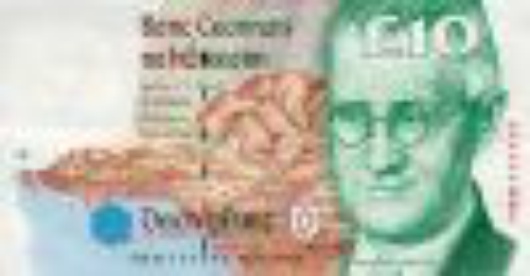 I remember my first contact with the Euro back in January 2002. Disappointment ensued, because it looked like Monopoly money. I was not alone; the French had to remove their very stylish 50 Francs note showing Saint Exupery and the Petit Prince. James Joyce and Samuel Beckett disappeared from Irish wallets and King Juan Carlos stopped gazing on his Spanish folks. 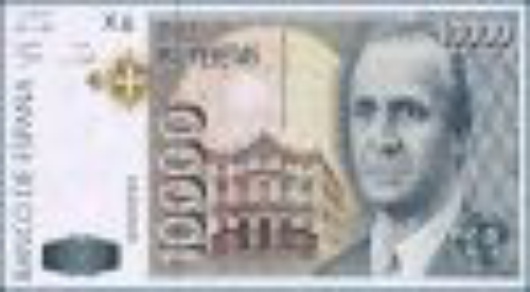 The collective national symbols were replaced by a dull lesson in European architecture. Nowadays few Europeans regret changing to the Euro from an economic perspective, but the design of its notes is synonymous with an ideological emptiness that lingers in the EU since the first Irish No against the Treaty of Nice in 2001.

Time to change the design!

Since the European Central Bank plans to redesign the notes for next year, cafebabel.com is launching an Action Day to find seven images that have more European spirit than fake monuments. We invite all our bloggers to make a proposition during the first week of February, when cafebabel.com turns eight ;-)

Which person or monument represents Europe rather than a single nation? Do you think this is illusionary and will only produce jealousy and disputes between countries? Tell us why! Or do you think it’s not worth being part of the Euro-zone at all? Put up a post on your blog! We will collect all your ideas and spared them afterwards.